Al Capone was Chicago's most notorious gangster. He was ultimately convicted of tax fraud, but that wasn't his worst crime.

Chicago is famous for its mob history. In the early 1910's, goons from the Market Street Gang would beat up newsstand owners who refused to sell the right newspapers. Their battle to control the day's media allowed gang members to intimidate and influence politicians and journalists. They evolved into the powerful North Side Gang during the prohibition era by exploiting government corruption and engaging in illicit money laundering activities.

They did whatever it took until the famous Valentine's Day Massacre on Feb. 14, 1929, when some prominent members were gunned down. This event led to the downfall of Chicago mobsters, including Capone. 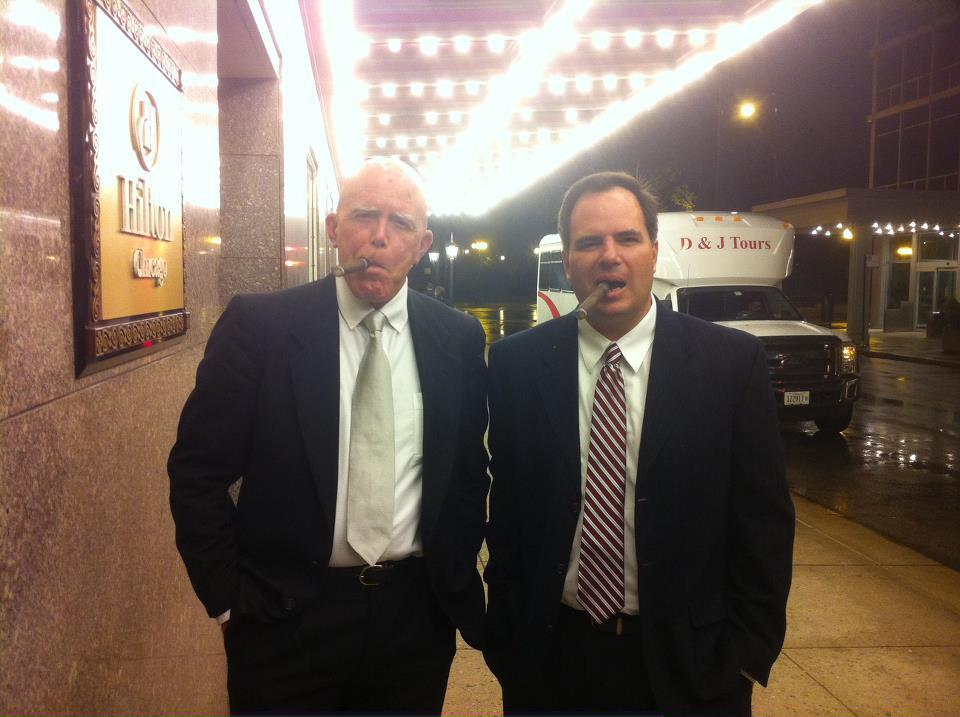 A modern mob in Chicago--the Heartland Institute--was outed last year by whistleblower Peter Gleick, who tricked them into sending secret documents by assuming a false identity (a questionable tactic that is often employed by conservative journalists such as Andrew Breitbart and James O'Keefe). Such sneakiness appears to be an acceptable journalistic practice for right-wing activists and is rarely if ever criticized by conservatives. By contrast, Gleick was heavily censured for his behavior by some of his own colleagues and supporters, even though his scientific integrity and the quality of his research were never in question. It is clear which side has a double standard.

Nevertheless, Gleick exposed the Heartland institute for what it is: a manufacturer of fake science and fake educational materials. From its tax returns, it also appears to have gotten itself a fake 501(c)(3) tax status, resulting in a very real tax deductions (so honest taxpayers can take up the slack). In keeping with the naming convention for scandals, one might call Gleick's revelations "Fakegate." Indeed, Heartland preemptively bought the fakegate.com domain name in an apparent attempt at damage control.

Like the Market Street Gang, the Heartland Institute has been involved in its own war to control the media. They don't use Tommy guns, but politicians, journalists, and even some scientists are afraid of them. Last year the president of Heartland, Joseph Bast, derided me for exposing his organization's anti-science activities, fabrication of climate data, and defamation campaigns against scientists. Unlike the old Chicago gangs, they don't kill people. But they do engage in character assassination.

Heartland's thugs specialize in smearing scientists on their well-funded website and in the comments sections of newspapers. James M. Taylor is the editor of a Heartland publication, and it is his job to make up fake stuff about scientists. Last year, he was caught falsifying biographical information -- claiming, for example, that Ph.D. scientists don't actually have the degree they list on their resume.

Taylor's long hit list includes high-profile researchers like Prof. Michael Mann of Penn State, whose hockey-stick-shaped temperature graph convincingly showed that global warming is historically unprecedented. Heartland didn't like his science, so they attempted to destroy his career. And now, of course, Peter Gleick is Heartland's public enemy number one. Heartland cannot legitimately address the science, facts, or issues. So they attack individuals.

In the old-style Chicago racketeering days, those who kept their mouths shut were spared from such assaults. But those who spoke out were fair game. The old racketeers burned down stores of shopkeepers who tried to stand up to them. The modern anti-science mob torches reputations, which is the most valuable asset a scientist can own.

After Bast's screed was published in the Santa Fe New Mexican, the Heartland Institute bragged on its website, "The paper used the headline we put on the piece and ran it - word for word - as Bast wrote it. As a former op-ed editor for two newspapers, I can attest that such things are rarely done. Opinion-page staff don't like being told what to do by outsiders..." Bast is a powerful man.

Feb. 14, 2012 may have marked the beginning of the end for Bast and the Heartland Institute, just as it did for Capone in 1929. That was the morning Gleick revealed Heartland's tax forms, lists of donors, and the Board of Directors (including Harrison Schmitt, who withdrew from his controversial appointment to New Mexico's energy and natural resources post in 2011).

The group's political activities outlined in the leaked "fakegate" documents strongly suggest that Heartland's donors may owe back taxes, just like Capone did. Heartland also pays generous stipends to a few scientists and weathercasters who are willing to deny the reality of global warming and generate fake research. Fred Singer, the president of SEPP (another fake science political advocacy group) confirmed to me last year that he gets $5000/month from the Institute, just as the leaked documents say.

Singer, who was in Albuquerque to speak to the fossil-fuel advocacy group, Energy Makes America Great, Inc. ($10 at the door), also spoke to a small science group where the audience was a bit more skeptical. University of New Mexico Prof. David Gutzler, a climate scientist, observed afterward, "...those temperature curves shown by Singer - mostly unlabelled, and all unanalyzed by him - are rising; that's why global warming is considered to be 'unequivocal' by the community that actually does analyze the data."

The documents also revealed that one of Heartland's secret projects is to develop a fake science curriculum for school children, using methods that are effective at dissuading teachers from teaching any science at all. Science teachers who teach factual climate science are next on Heartland's hit list.

Not long after the leak, in an apparent attempt to divert attention, Heartland doubled down by erecting billboards attempting to compare climate scientists to the Unibomber and other murderous criminals. It backfired.

Scientists have long known that the Heartland Institute is a fake science organization. Now we have the documentation to prove it. It's not a think tank. It's a fake tank. Thanks for the Valentine, Heartland!