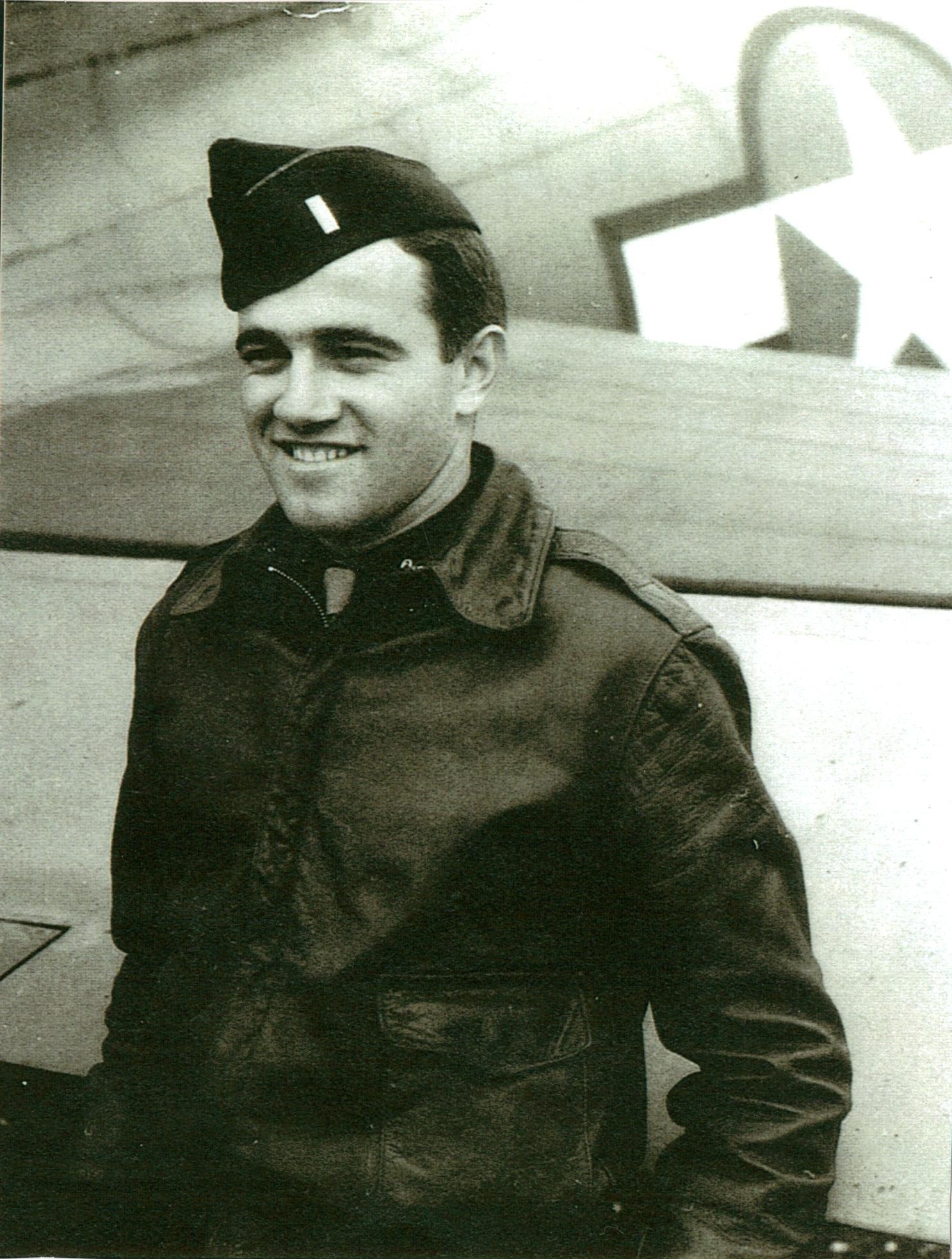 The ring, a circle that has no beginning and no end, has been a symbol of undying love, fidelity, loyalty and of life itself through the ages.

But the ring can also represent patriotism, bravery and sacrifice as in a military service academy ring, a combat aviator's ring, the ring on a fallen soldier's finger -- a Ring of Honor.

As we observe Veterans Day and honor all the men and women who have worn the uniform of our Armed Forces, what could be more appropriate than to share a story of patriotism, sacrifice, dedication and of a Ring of Honor.

An Army Air Corps C-46 "Commando" aircraft with a crew of four and carrying 40 wounded American soldiers and repatriated prisoners of war to hospitals in the Paris area -- and, then, finally home -- plunges from the skies just outside the village of Taillefontaine, near Paris, with one of its two engines on fire.

All on board are killed, including the wounded on their way to recovery and home.

For the next 57 years, residents of the French village of Taillefontaine place flowers at the site of the horrific crash, not knowing who or how many had perished, but knowing the Americans have died for them and adopting them as their own.

However, in our own country, almost six decades would go by before the story of the men who gave their lives in that field in France is told.

In fact, the crash and the men's sacrifices go unheralded for so long that it could rightly be called "The Forgotten Crash."

But I am getting ahead of myself.

As fate would have it, and as Jacqueline Tschirhart Pailthorp tells it, in December 1999 she receives a Christmas card from a long-time friend living in a small town in France.

Included with the card is a note from her friend's husband, Daniel Cartigny, a French World War II veteran who fought with the U.S. troops.

The note takes Jacqueline's breath away: A young boy who lived near the C-46's final resting place, found a pilot's ring and "ID" bracelets at the crash site around 1950. After safeguarding them for nearly 50 years, he now wants to return the mementos to the surviving family members.

Pailthorp's friend could not have come to a better person with such an entreaty.

Jacqueline Pailthorp comes from a very patriotic French-American family. She is the daughter of American veteran, Arnold Tschirhart, from Hondo Texas, and Lucie Tissot, a French farmer's daughter Tschirhart met while serving in France during World War I. After returning to Texas for a short time, the Tschirhart family sails back to France where Jacqueline is born and where she lives through the horrors of the Nazi occupation during World War II.

She sees her older brother, John Tschirhart, a Texas-born American, escape to the U.S. from Nazi-occupied France in 1941, where he joins the Army Air Corps and becomes a B-17 bombardier, eventually flying 35 combat missions over Nazi-occupied Europe. (Tschirhart, now 91, lives in Austin, Texas, area and is a highly esteemed member of the Veterans of Foreign Wars)

Upon receiving the note, Pailthorp immediately goes to work. She travels to France, talks to dozens of people who have witnessed the crash and collects the ring and other items. 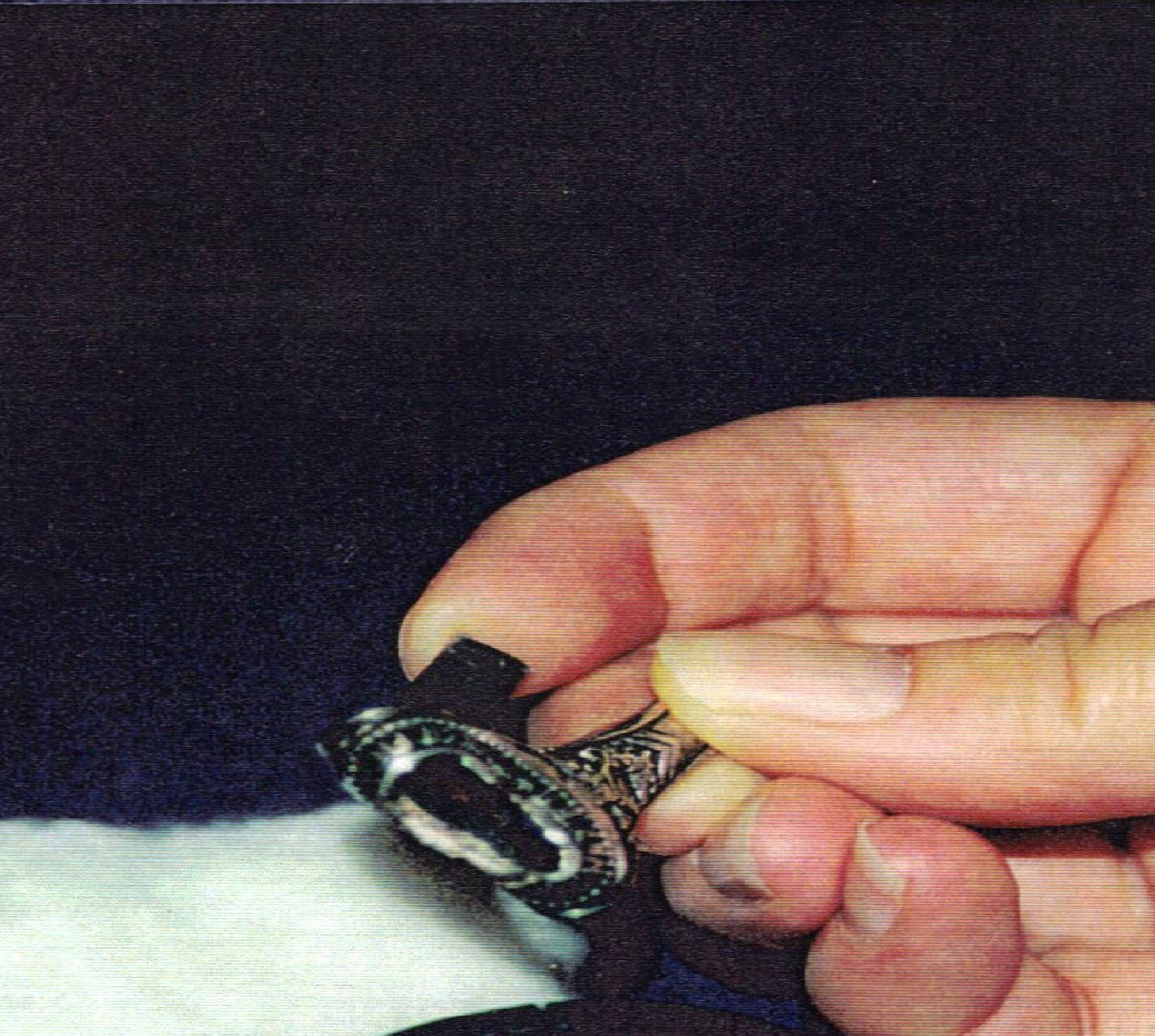 The ring, badly crushed and missing its stone, as a result of the crash, has the words "Turner Field" engraved in the band.

Using those two words and other information, Pailthorp spends the next year tenaciously investigating the crash, contacting numerous Pentagon officials and painting a clear and complete picture of the "Forgotten Crash" and its aftermath, including identifying the owner of the ring.

The ring belonged to Lt. Claude H. Weid, the co-pilot of the doomed C-46. You see, Weid had graduated from pilot training at Turner Field, officially known then as Turner Army Airfield, near Albany, GA.

In the summer of 2001, Pailthorp sends the ring to Lt. Weid's surviving identical twin brother, Clyde R. Weid, who was a B-17 pilot during World War II with many missions to his credit.

The ring is of incalculable sentimental value to the Weid family as bodies were not recovered from the crash and Lt. Claude Weid was initially buried in a cemetery in France along with the remains of six other fatalities from the crash.

Referring to the Weid family, Pailthorp says, "So you can see how we became a family ... There were no words to express how much it meant to all of them especially Clyde, having the last thing that was with Claude before his death."

Ruth Lloyd, the sister of the pilot of the ill-fated plane - Rex Pond - wrote to Mrs. Pailthorp at the time: "Thank you for all you have done to bring this information to life and bring life to so many that have waited for the unknown ... 57 years is a long time to wonder just what happened, I thought about it a lot, but there were no answers."

Mrs. Pailthorp's mission, however, was not finished. She continued to work with family members of the crash victims and with Cartigny, who initially made her aware of the crash and the ring, to memorialize the men who gave their lives for freedom.

Among other things, Pailthorp was instrumental in the construction of a monument on a hill overlooking the site of the crash in Taillefontaine, France, honoring and commemorating the American heroes. 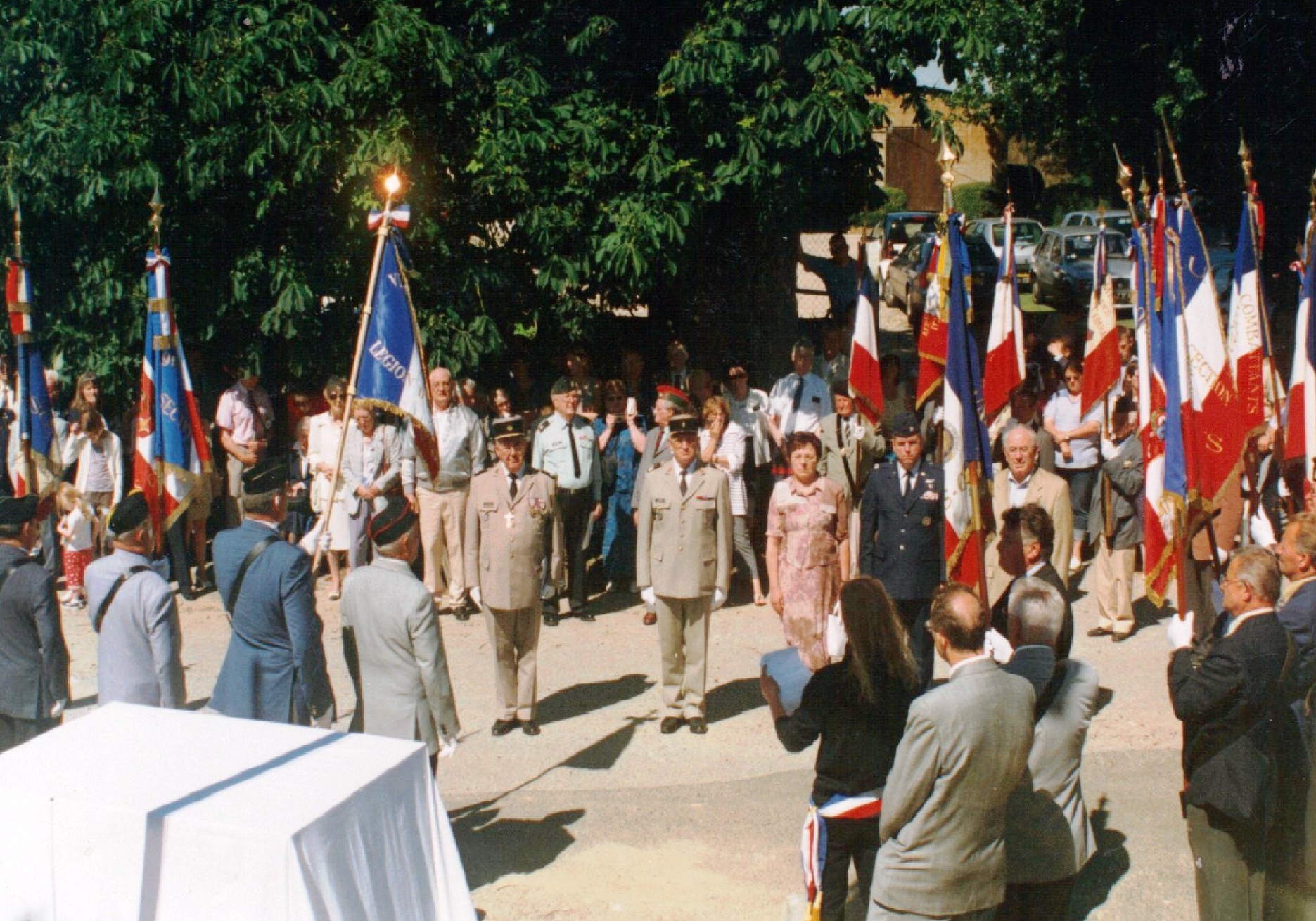 The beautiful monument, made possible by donations from the crash victims' families, French Veterans and other military, civic and government organizations, was dedicated nine years ago, on June 22, 2002.

During the ceremony, attended by families of the fallen men, villagers and numerous American and French dignitaries, Daniel Cartigny recounted the tragic accident and paid tribute to his "American friend," Pailthorp -- also attending the ceremonies -- for her efforts and dedication. Referring to the fallen Americans, he concluded, "Today, they are among us and can sleep in peace. They are not forgotten."

All because of a Ring of Honor, and a French-American lady whom her brother, John Tschirhart, rightly calls "a great patriot who, through diligent research, solved a 60-year-old mystery."

1.The author is grateful to Mrs. Jacqueline Pailthorp, from Glendora, CA., for providing the material for this story, including the photographs.

3.Harold G. Weid, older brother of Claude Weid, died earlier this year at the age of 90.

4.The other three crewmembers on the ill-fated flight were Lt. Rex Loyal Pond (pilot), Sgt. Herbert Hill and Sgt. Edward Vermillion. A military doctor, Capt. Amos Plante, was also on board.