The fire came in the night, a storm without warning.

At his home in Middletown, a small town of 1900 just north of California's storied wine country, veterinarian Jeff Smith ventured outside after the worst had passed to find only eight of the 20 homes in his neighborhood survived the firestorm. With communication centers down, there was no word about when help was coming. 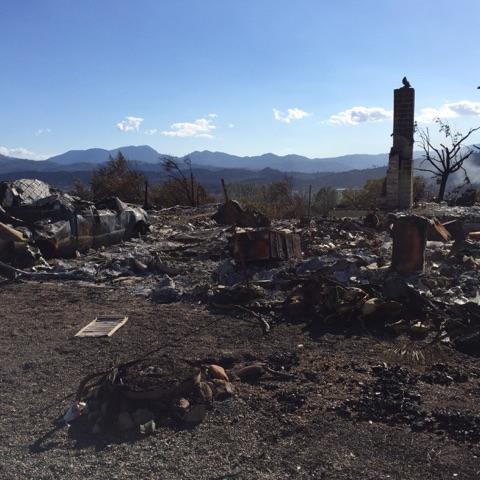 He had no way of knowing what he was up against, or the fact that by this time only 40 percent of the structures in town would still be standing. All he knew was that his community was leveled. So Dr. Smith hopped in his truck and went to work.

The Middletown Animal Hospital, surrounded by gravel that resists flying embers, was miraculously one of the few buildings still intact. Smith pulled buckets of water and bales of hay from his feed storage into his truck, dumping them wherever he could find live animals. Scattered by the burned away fences and skittish from the terror of the night, they huddled along the side of the road and hid at the edges of burned-out fields. 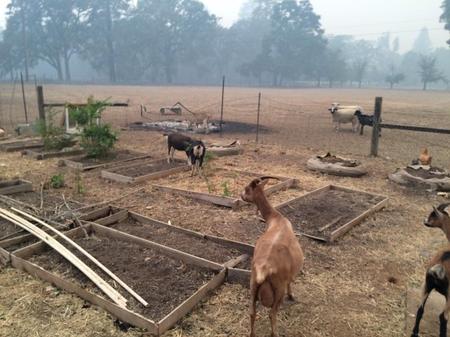 Severe wildfires can create their own wind system, creating fingers of flame twirling up to the sky and blowing gales of cinders across roads to catch entire neighborhoods aflame. Dr. Grant Miller, another local veterinarian who serves as Unit Director of the California Veterinary Medical Reserve Corps, was finally allowed into Middletown the following morning and described choking smoke and rubble as far as the eye could see. 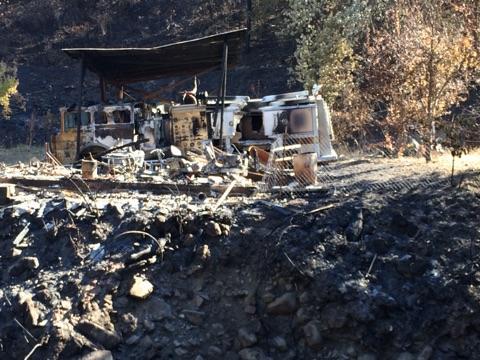 "It's apocalyptic," Miller said. "It dissolved the entire town of Middletown. The things we saw on the way in," he paused, "I can't even tell you." With the arrival of a generator and supplies, Smith opened the doors to his clinic and vowed to treat any animal who needed it, for free. 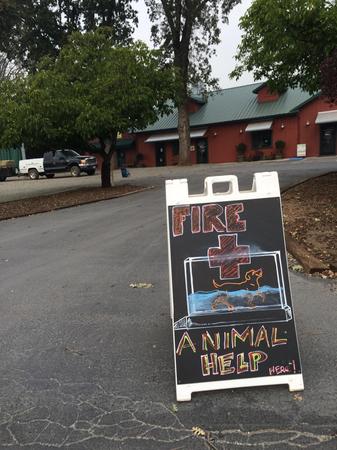 With hundreds of miles of power lines down and roads closed to all but essential emergency personnel for days, the animals were initially left to fend for themselves. Smith treated the many burned and injured animals brought to him, but with the arrival of more veterinary volunteers, teams were able to venture into the surrounding area to look for more.

Miller is convinced the small reprieve of one day of rain saved the lives of many animals the teams had yet to find. "By God's good grace it rained an entire inch, and provided some water to these stranded animals. When they're burned they have insensible losses through their skin," which increases their risk of severe dehydration. "I am in awe of these animals." 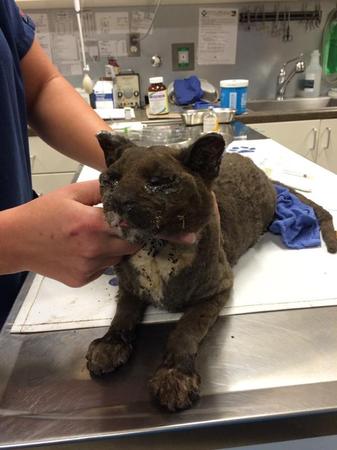 Eight days after the flames, "we're still pulling animals in," said Miller. "At first it was a lot of sheep and goats, then steady numbers of dogs and cats. Now we're finding horses and cows. They're still finding cats alive in melted cars."

Teams from the nearby University of California Davis School of Veterinary Medicine assisted with the rescue and treatment and are taking the most severely injured animals to the teaching hospital for specialty care. "UC Davis has taken in over 70 burned animals -- mostly cats," Miller said. "They are functioning as a referral center. I just arranged transport for a puppy. They've been amazing." 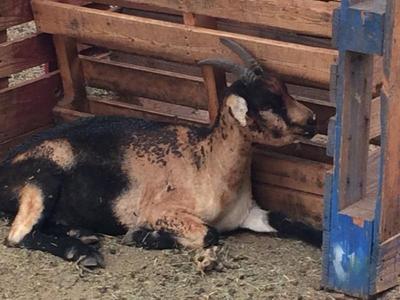 The Valley Fire now ranks in the top three worst fires in California history; at last tally, almost 2000 structures were destroyed. Lake County is California's poorest county, says Miller, with an average income of about $35,000. "They were economically depressed to begin with," Miller says, "and now they've lost everything." Without hesitation, Smith promised to be there for his community. In the face of this disaster, Smith vowed to treat any animals without cost for an estimated 4-6 months.

"You can burn a community," Miller says, "But you can't kill a community." 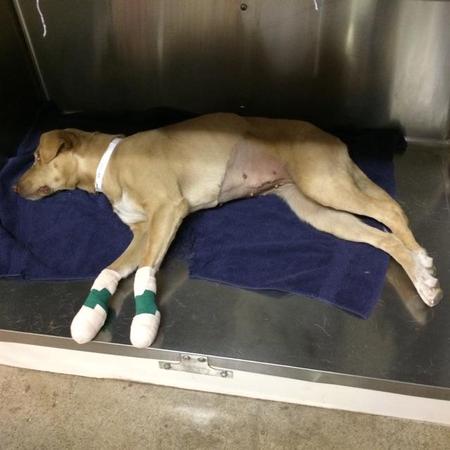 When the camera crews leave and immediate disaster response withdraws, this community still needs all the support it can get. "Burns are not easy injuries to manage," says Miller. "(Smith's) clinic is going to be the last option when everything else is gone."

Miller pauses again to reflect on the long road ahead, or maybe just from the exhaustion of four hours of sleep every night for a week. "You look at these animals, and you know how much they have suffered. You just want so badly to turn things around for them, and you would move heaven and earth to make it happen." 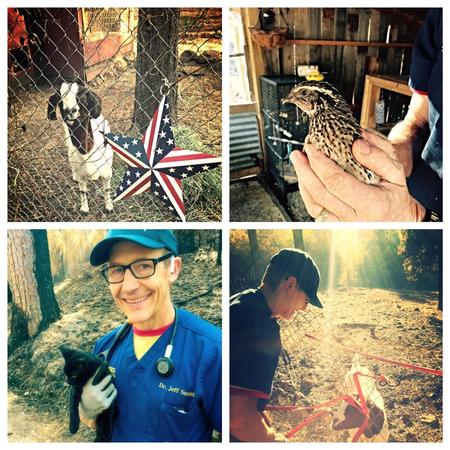 To learn more about getting involved with the Middletown Animal Hospital, click here.

All photos used with permission from Dr. Grant Miller.

Dr. Jessica Vogelsang is a San Diego veterinarian and author of All Dogs Go to Kevin. She blogs regularly at pawcurious.com about pets and the people who love them.