In the new show Crazy Talk co-hosts Ben Aaron and Tanisha Thomas spotlight some of the most outrageous clips from reality television shows. "It's basically every crazy, wild moment from reality TV compiled into half an hour," Aaron says. "We have people scouting the most insane clips. We take these clips, put them on our show, and we celebrate the crazy, the insane, the people who you love to hate, who you love to love -- everything."

Aaron particularly loves the "naked" shows like Dating Naked and Naked and Afraid. "These poor guys are in the wilderness with no clothes, nothing, no resources and they're just killing eels with sticks. It makes you appreciate the little things in life, like hot water and air conditioning."

For Thomas and Aaron, the joy of the show lies in the the unexpected surprises of the clips. "You never know what you're going to get. I mean we don't even know what's going to happen next and we're the hosts," says Thomas. "We have a very lively in-studio audience with us along for the ride as well as some of your favorite reality television stars stopping in. Anything can happen and it's bound to get crazy!"

Tanisha Thomas and Ben Aaron, (who is soon to become parent with his wife, Good Morning America's chief meteorologist Ginger Zee) took a moment from their busy schedules to chat with Parade.com. Discover what kind of dad Aaron will be, how Thomas spends her down time and more. Click to this Parade.com story to read the entire interview and watch videos of Aaron. 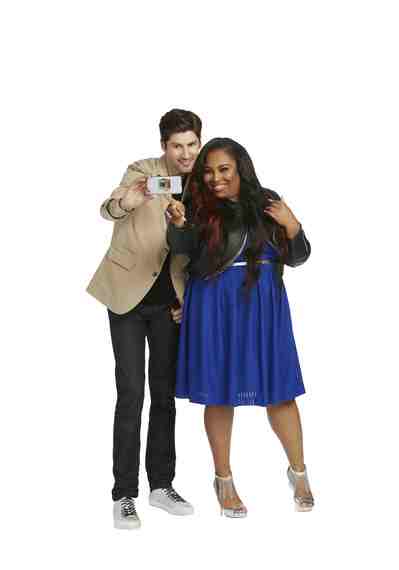