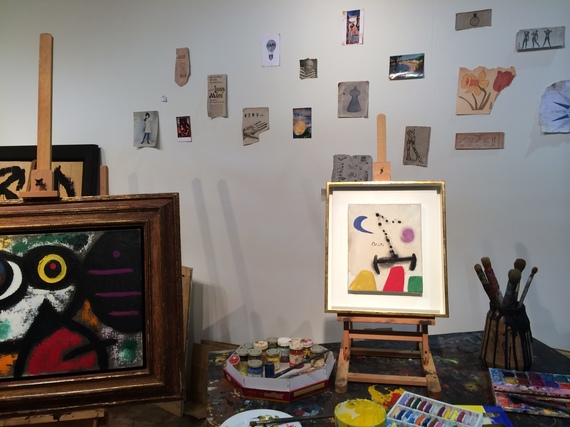 This week is Art Week in New York City, with a myriad of art fairs. The Art Show, organized annually by the Art Dealers Association of America (ADAA), is the nation's longest running fine art fair. The Art Show takes place at the historic Park Avenue Armory at Park and 66th Street (be sure to look up, down and all around the armory as it has interesting artwork, architectural details and unique lighting in its own right) and runs through Sunday. Admission from The Art Show and proceeds from the Gala Preview benefit the Henry Street Settlement, one of New York's leading social service, arts and health care organizations. The Armory Show, a much larger event of national and international galleries with more than 200 exhibitors also runs through Sunday and is at Pier 92 and 94 (12th Avenue and 55th Street). The fair is in two sections, the Contemporary section is on Pier 94 with 149 dealers and the Modern section, art from the first two-thirds of the 20th century, is on Pier 92.

I have been attending both The Art Show and The Armory Show for many years and to me it seems that The Art Show has become more like the Armory Show in that there are more contemporary New York galleries exhibiting at The Art Show. I was pleased to see a number of very nice Edward Hopper watercolors at The Art Show but I think my favorite booth of both shows was the historically accurate reconstruction of Miro's studio in the Modern section of The Armory Show which included twenty-two paintings and drawings dating from the years Miro was working in the studio. As an artist I am very interested in the process, and it was very informative to see Miro's brushes (not the originals but copies), the paints and colors he used and the other objects that were in his studio in Mallorca. It helped me to have a greater appreciation of his work seeing the materials he used to produce them. 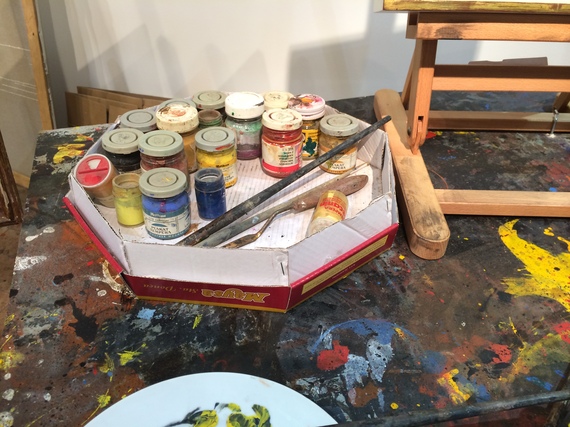 Another of my favorite booths was Thaddaeus Ropac's "The Space Age", a group show. Personally this booth reminded me of my NASA experience as I have been commissioned four times by NASA to execute paintings of The International Space Station, The Columbia Tribute Painting (both on exhibit at the Kennedy Space Center and The Columbia Tribute commissioned as a response to the Columbia tragedy), the x-43 and The Discovery Shuttle Return to Flight. My painting of the x-43 was in a 12 museum Smithsonian Institution traveling exhibit, "NASA Art/50 Years" that concluded at the Smithsonian National Air and Space Museum.

As I have curated and hung many exhibits I am always interested to see how the artwork is presented. I found Two Palms' booth thoughtfully presented and stood out as a welcome oasis moving from booth to booth. Be sure to download a floorpan before you go, it makes navigation easier. I look forward to returning again this weekend for a second look.