If you've ever stood in front the famous 2,000-year-old Rosetta Stone at The British Museum and fantasized what it would be like to not only read its inscriptions in three different languages, but also to hear these languages spoken and even to see it in the process of being written, then, my friends, I have an adventure for you that will turn all these fantasies into reality.

Internationally recognized Israeli-born artist Michal Rovner is having her third solo show at Shoshana Wayne Gallery. Working in such diverse media as photography, painting, sculpture, sound, and installation, Rovner is particularly celebrated for her video work. 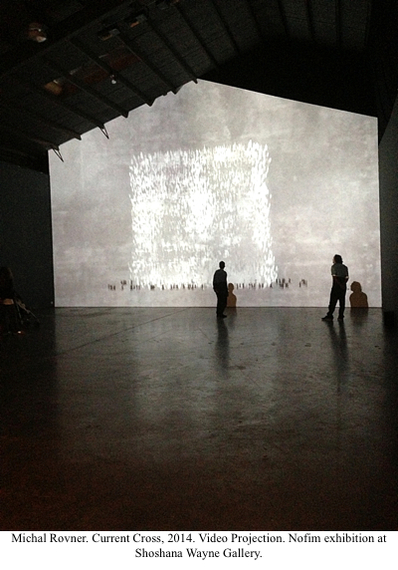 Entering the vast, darkened space of the gallery, one slowly approaches the back wall while staring at its softy glowing black and white video, Current Cross 2014, trying to make sense of its semi-abstract shapes, which brings to mind the iconic compositions of Mark Rothko. To understand and fully enjoy Rovner's videos, one needs to slow down and stay quiet for a while. That is the way to get them. And by "to get them" I mean not only to see it and to hear its mysterious whispering audio, but also to become aware that what, at first impression, appears to be tiny inscriptions etched into stone, are actually silhouettes of human figures. Hundreds of them. One cannot say whether they are male or female, or what culture and religion they belong to. They are humans. They are us. 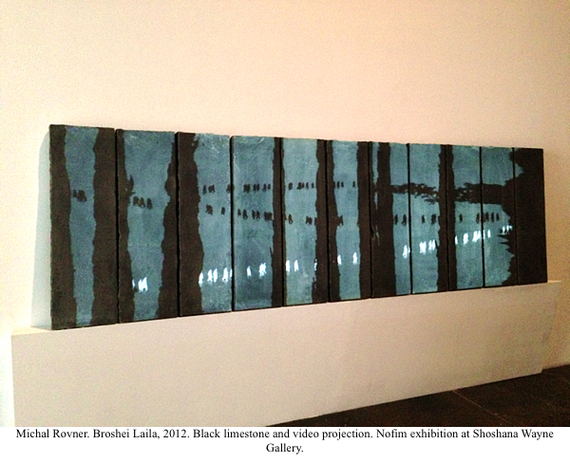 In the same main gallery, there is another show-stopping video by Michal Rovner, Broshei Laila, 2012. But this one is projected onto eleven slabs of black limestone. The wide, nighttime landscape is interrupted by dark silhouettes of Cypress trees, looking like exclamation points demanding our attention. And once again, hundreds of tiny white and black silhouettes of human figures are slowly marching through this biblical landscape. 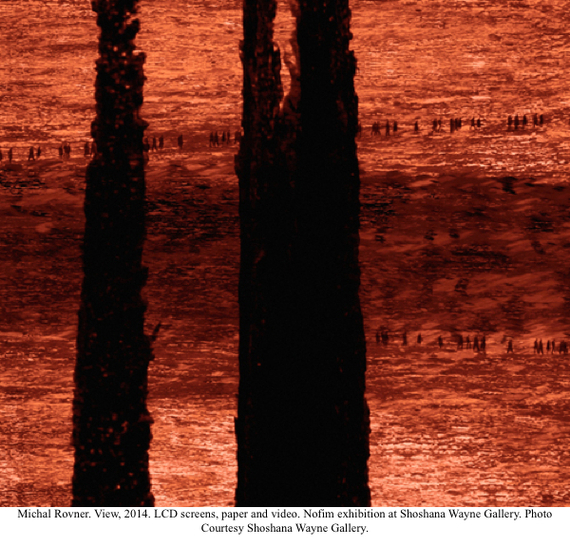 In a small adjacent gallery, a few more videos of Rovner's work are shown on medium-sized LCD screens. In these videos, the artist continues her exploration of landscapes with the Cypress tree and tiny marching figures, but this time she incorporates much bolder colors. Ultimately, it's up to us, the viewers, while looking at these videos to decide what exactly we are looking at? The pages of the New or Old Testament? Or perhaps at the pages of some other ancient manuscript? 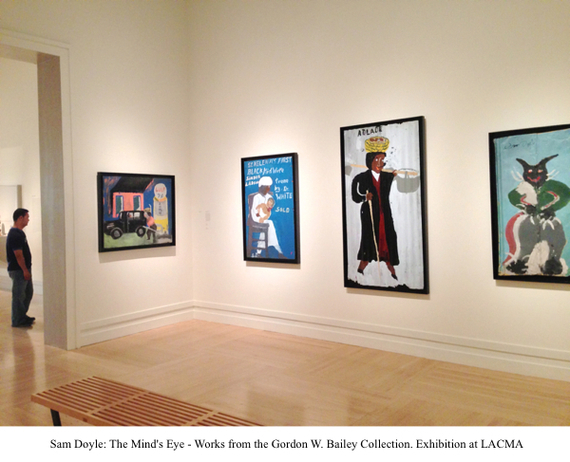 Now, let's travel back to the 20th century and zero in on a singular figure --the favorite subject of Sam Doyle (1906 - 1985), an amazingly talented self-taught African American artist from the South. The small but well-focused exhibition of his paintings is currently on display at LACMA, where it's tucked away in a small gallery on the third floor. All works are from the private collection of Gordon W. Bailey. 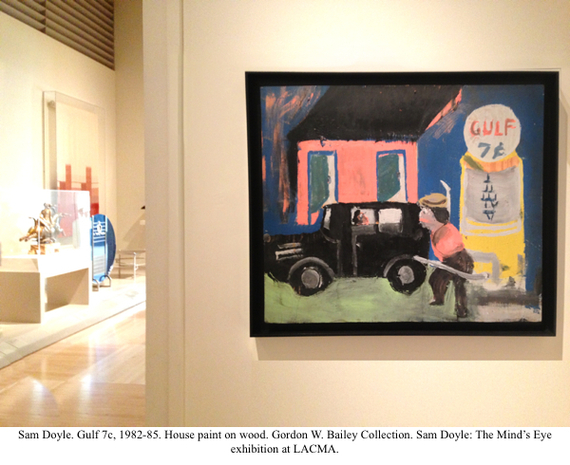 A few months ago, I talked about some of Doyle's works at the exhibition, Soul Stirring, at The California African American Museum in Downtown LA. Though painted with house paint, often on discarded metal roofing, his compositions are surprisingly elegant and his choice of color would make even Matisse pay attention. So it shouldn't be a surprise that among collectors of Sam Doyle's works are such artists as Jean-Michel Basquiat and Ed Ruscha. 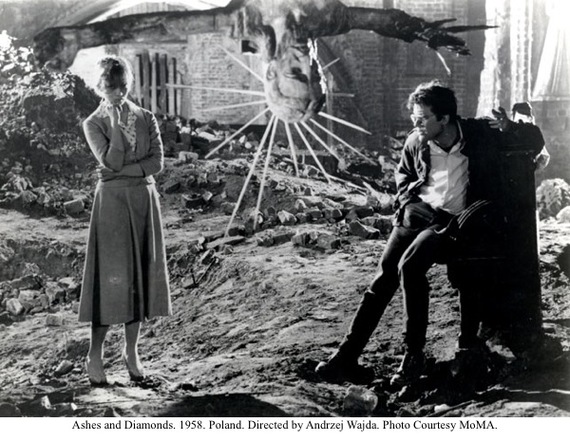 Let me end with a message to all of you, my smart and curious friends. There are a surprising variety of interesting things happening at museums besides their important exhibitions. So you might want to pay attention. Last week, I went to LACMA for the rare screening of Ashes and Diamonds (1958), the seminal movie by Polish director Andrzej Wajda --astonishing cinematography and heartbreaking story of the last day of World War II. Then I attended a fundraiser for artworxLA with its programs to combat LA's high school drop out crisis. It took place at the California Science Center, and we were seated under the wings of the suspended Space Shuttle Endeavor. It takes a special occasion to make me speechless and this was one of them. Wow wow wow... And to top it all off, there was a Saturday night concert at the Getty Center by William Tyler, a Nashville-based guitar player, whose acoustic guitars drove the audience wild. 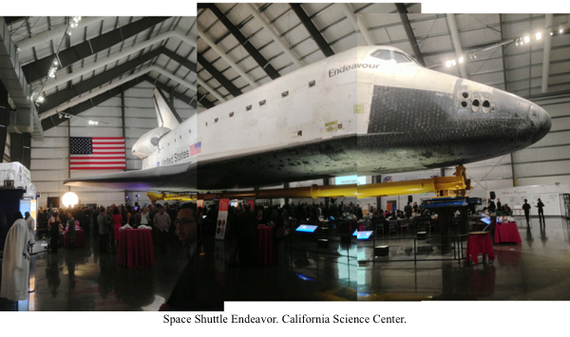