Take three masters of the electric guitar -- Jimmy Page, The Edge, and Jack White--plop them on one of Hollywood's largest soundstages along with their instruments and then add a documentary film crew headed by The Inconvenient Truth's Davis Guggenheim. 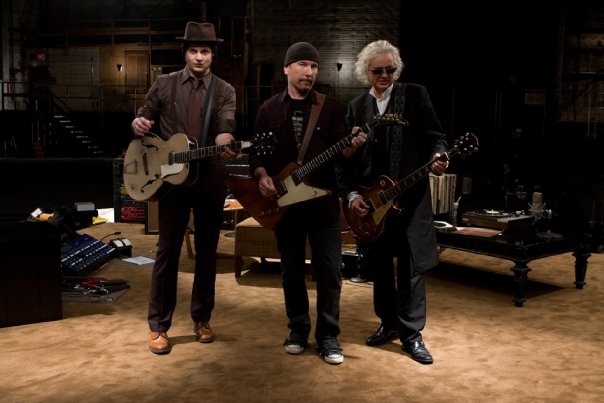 There you have the main course of a documentary feast tracing the influences, talents and stories that make up the complex, delicious and very loud history of the electric guitar. During It Might Get Loud Page's double-neck guitar, The Edge's array of effects pedals and White's new mic, custom built into his guitar, jam live. This footage is then cut with individual portraits of each artist as they take us to the sites of their most influential musical moments. Jimmy Page takes us on a tour of Headley Grange, a former poorhouse, where "Stairway to Heaven" was composed and where Led Zeppelin recorded many of their tunes, the foyer doubling as an echo chamber for John Bonham's legendary drumming. Then there's the cinder block classroom where U2 first got together to make what the Edge admits was embarrassing but heartfelt attempts at music. We also see Jack White at his Tennesee farm building a makeshift guitar from scraps of wood, wire and glass and then composing a song as we watch. Each takes us on a musical journey to share their own strongest influences, most memorably a visibly passionate Jimmy Page playfully accompanying Link Wray on air guitar to illustrate what a profound revelation his "Rumble" was to him as a young artist splitting time between learning the guitar and studying painting and dabbling in his original career choice of biological research. See trailer here.

I was lucky enough to catch up with Guggenheim, Page and White on the occasion of the film's premiere to get a little more insight into what they each hope the audience will take from the extraordinary access Guggenheim serves up as a feast of sight, sound and a healthy dash of 'pinch-me-again-because-I-still-can't believe-I-get-to-eavesdrop-on-these-three- playing-each-others'- music. 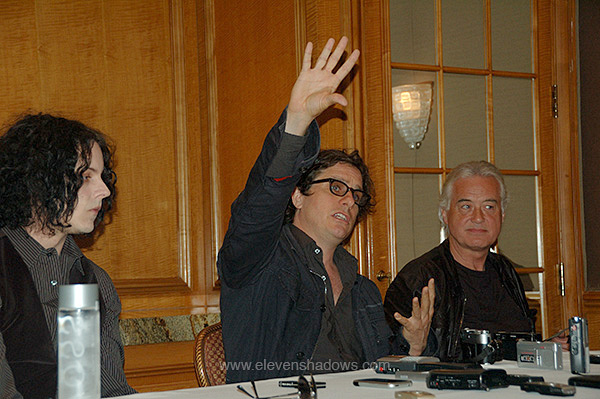 Jimmy and Jack, I know why Davis did this, but what was in it for you two?

JP: It captured my imagination when he put it to me. I'd met Jack before and was aware of his playing, and the Edge too. You've got three really strong individual character players, and I thought, yeah, let's see what's going to happen. That's it, really. It was a real love and respect for the other guys, and just to see how it would go. .

JW: What was in it? The whole idea -- just as an exploration of ourselves -- we learned something about what we do and why we do it . At times you work with what people are interested in, and I think a lot of people are interested in this -- look how many people Davis got to go see a movie about the environment. That's a triumphant thing. Guitar playing- it's a household word, in almost every home in America there's a record that is guitar based.

DG: Actually, they've both wanted to spend time with me since they were little boys ... 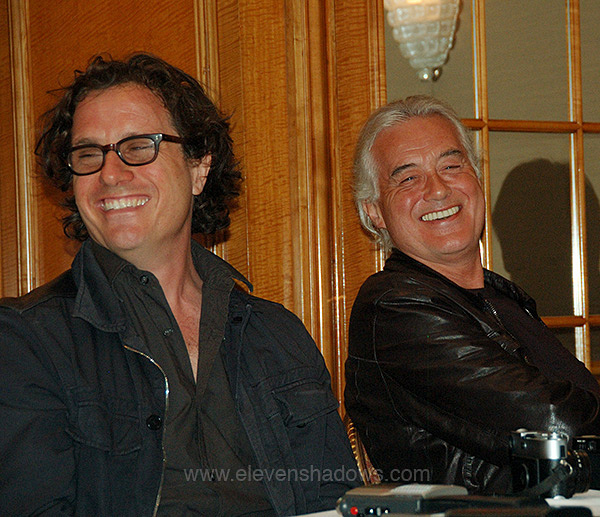 Davis you must have had moments of disbelief, just being in that room and hearing the conversations and the music -what moment was most memorable?

DG: The first filming we did with music was in Tennessee at the farm. When you are directing [you are] focused on setting up a shot, and then suddenly Jack plugged in his amp, a Silvertone, and it's not large -- it's like 3 feet tall and 4 feet wide -- and he played the first chord and I felt the vibration of the music hitting me in the face. I'm a visual person and I forgot what music is like when you are right there as a fan, standing there and feeling that. Then I thought, oh no, there's something that you can't put in a movie, because it's something so powerful, and what happens is something that you should not put words to. That happened time and time again when Jack picked up the guitar. And then "Whole Lotta Love" at the summit -- it was the first music that was played and all of us... I mean, one cameraman sort of drifted away... Unfortunately, the film will only capture some of that. 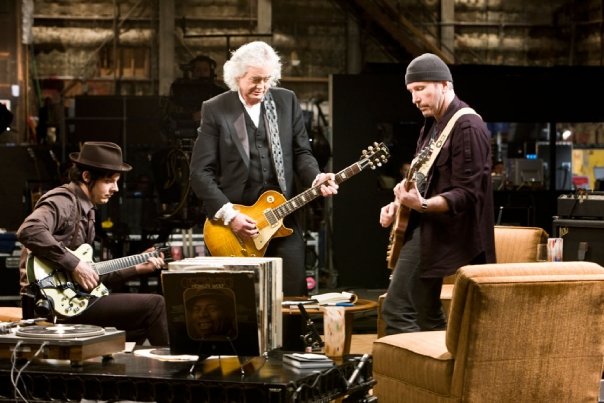 Well certainly when the three were playing together in that room, I felt like I was somehow participating as well...What do you each want people to take away from this documentary?

JW: A re-evaluation of the instrument, and I personally I hope a reevaluation of the blues and what it really means and not what it's become -- some fake blues bar . Because all music dates back to that and all music has that as its root and I'd like them to take that away

JP: In fact what Davis achieved is a real historical document and I just hope people go in there and they're going to learn things about us and the crafting of guitar playing, composition, and the bonding between the guitarists themselves. That is really the thing with musicians playing. I think they'll get that through this. And Jack's parts are magic -- real performance art. 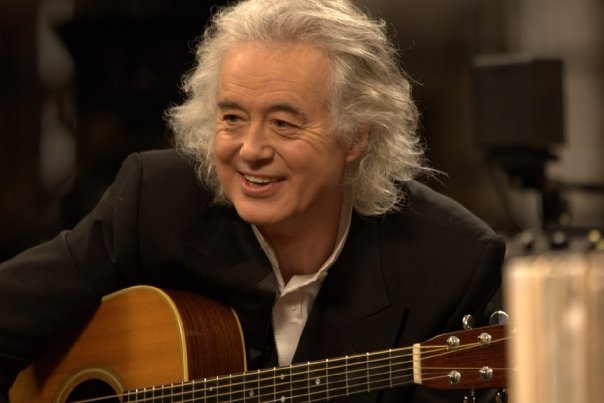 I have to ask you something Jimmy, I couldn't help but notice that for the summit you are the only one who really dressed up?

I sort of did. I didn't know what anyone else would wear. One of the interesting things about this is it was Davis who was really insistent that we not meet each other before getting on that sound stage which was was very curious. I had no idea what anyone else was going to wear so I chose what I wore to the 02 [London arena -- where Led Zeppelin had its first and only reunion]. Well, why not ? It;s a lovely suit.....

Do you all plan to keep in touch, did you trade phone numbers?

JP: I've got carrier pigeons that I use.