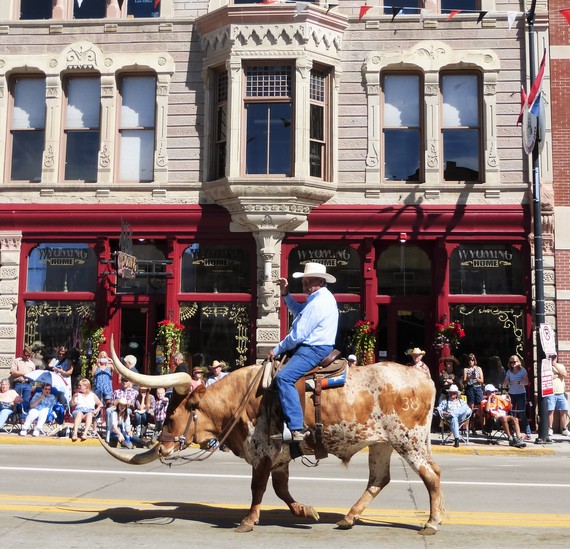 Now that Cheyenne Frontier Days 2015 is over, it's a wonderful time to spend a weekend in Cheyenne, Wyoming. Not that there's anything wrong with Frontier Days, of course. This 119-year-old rodeo, the "Daddy of 'em All," as they like to say, is a bucket list event - the largest rip-roaring outdoor rodeo in the world. And if you want to go, start making reservations now for the July 22-31, 2016 event because reservations fill up early.

That's the challenge. With 400,000 visitors and big-name concerts every day from Blake Shelton to Aerosmith, the huge extravaganza tends to turn Cheyenne into a 10-day boom town that buries many of the city's simple pleasures.

And there are many simple pleasures to enjoy.

Welcome to the Wild West

More than any other single place, Cheyenne is the center of the Old West. Gunslinger Wild Bill Hickok got married here. (So did Ernest Hemingway...to his third wife). 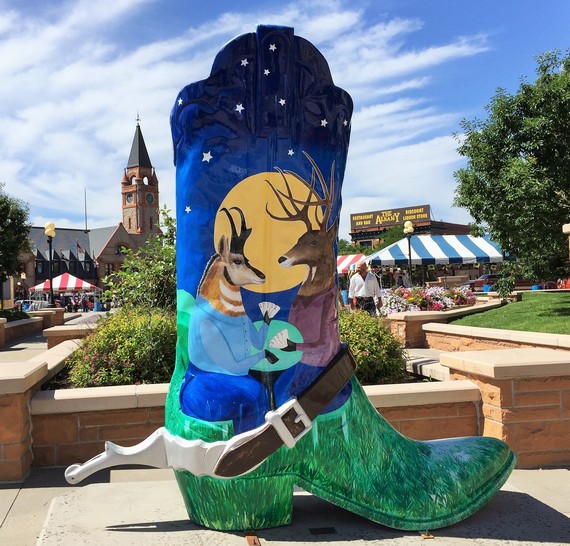 The famous Deadwood Stage started in Cheyenne, covering the 300 miles to the gold fields in South Dakota in three days of bouncing on rough dirt tracks through outlaw and Indian country.

Old West history is everywhere in downtown Cheyenne - in the western wear shops, galleries, museums, and architecture. But make no mistake, Cheyenne knows how to have fun, too. Wyoming was the last state to ratify prohibition and prostitution was legal until 1938. 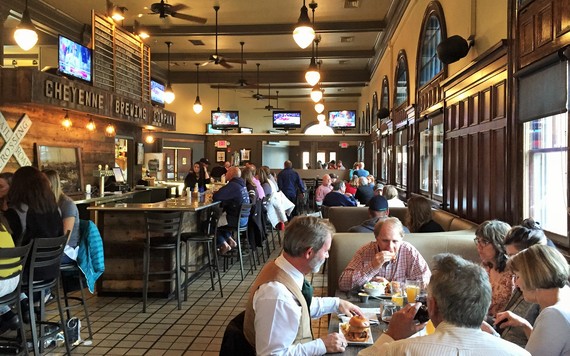 Today in compact Cheyenne, there are two outstanding breweries and a dozen bars, several with live music. Bring the bikes and there are 37 miles of trails, many of them weaving through historic neighborhoods of great old wood mansions. Wood houses are something you don't see in nearby Denver; to prevent fires, until WWII all homes in Denver had to be built of brick or stone. 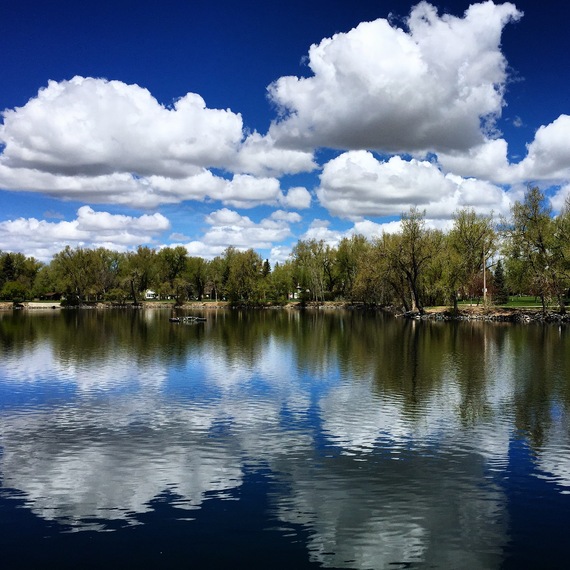 Cheyenne's tree-lined backstreet neighborhoods of historic wood houses are delightful, especially in the Rainsford Historic District, where there are dozens of homes and mansions all designed by architect George Rainsford. Rich cattle barons loved his creative porches and roofs with towers covered by decorative "fish scale" shingles.

Wyoming is an independent place and for everyone you see in a cowboy hat and pickup truck, there will be another in dreadlocks and tattoos. But at just about two hours from Denver, it is a world away in atmosphere with great beer, food, and Western fun.

Some Ideas for a Western Weekend

Take the Trolley Tour: Cheyenne's history is crazy. Seemingly every third building was a bordello or gambling hall. On this 90-minute trolley ride you get an overview of some of the more exciting events. 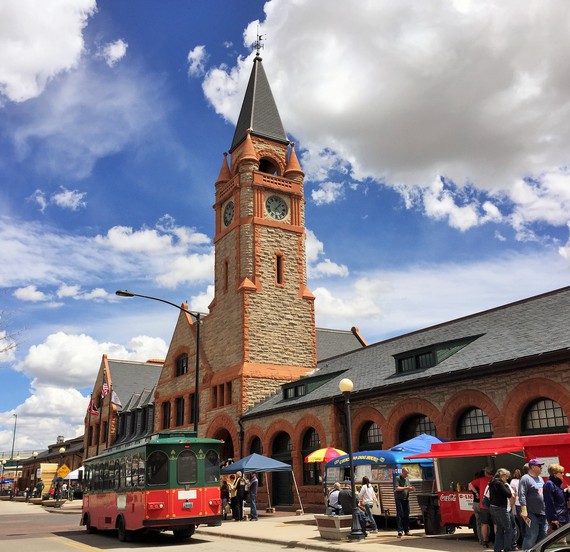 When the railroad was being built across America in 1867, there was nothing here but rolling grasslands. The chief engineer of the Union Pacific, Maj. General Grenville Dodge, decided this was as far west as the railroad could get before winter, so he picked out a place to build a fort to provide protection against Indians. Following practices that said no liquor could be sold within four miles of a fort, he laid out a town exactly four miles away.

Within weeks, the "town" of Cheyenne had 90 saloons and gambling halls, mostly in large portable tents, as well as 400 "ladies of the evening," 4,000 residents and 23 hangings. Cheyenne boosters will tell you this is where Cheyenne got its nickname, "Magic City of the Plains," because the city just sprang up overnight like magic. But at the time, most people referred to it by an equally descriptive name: "Hell on Wheels."

When the railroad moved west in the spring, Cheyenne should have moved with it, but the Union Pacific built railroad roundhouses here and a substantial city was built around them. Some 75-100 trains still roll through downtown Cheyenne every day.

Later, Cheyenne became a cattle town and it was said that because of rich cattle barons, Cheyenne was the wealthiest town in the world on a per capita basis. Many of the mansions on Cattle Baron Row still survive. The fort grew into Warren Air Force Base, which today maintains 150 Minuteman II Intercontinental Ballistic Missiles. This is probably as close to 150 atom bombs as you'll ever get.

You can hop off the history trolley at stops like the State Capitol, the Wyoming State Museum or the Cheyenne Frontier Museum, which are all worth a look, and then hop back on a later trolley.

Shop Downtown Cheyenne:
Downtown Cheyenne has the best collection of western stores on the Front Range. Wrangler is the place for hats, boots and belts; Wyoming Home has western furnishings, rugs, jewelry and gifts; and Just Dandy has women's western-wear fashions. There are dozen other western galleries, bookstores and souvenir shops. 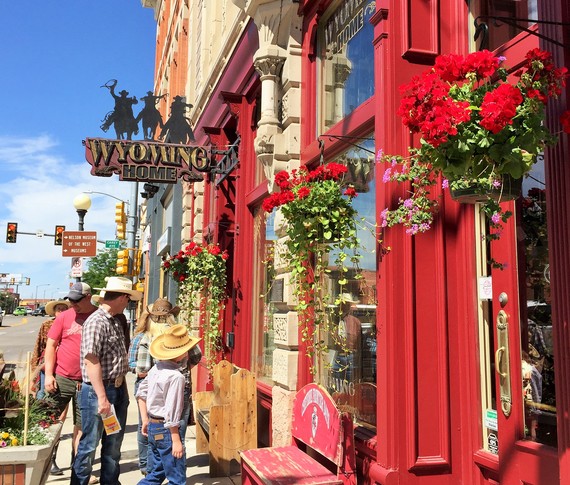 Many people make a trip to Cheyenne just for the Sierra Trading Post, where you can save 35-70% on closeouts and overstocks of outdoor apparel and gear from places like North Face, Columbia, Rockport, Kelty, Merril and Timberline.

Drink Downtown Cheyenne:
There are two great breweries in the downtown historic district. Freedom's Edge Brewing Company has the usual tasting room with roll up walls, patio seating and a fine selection of changing brews. Try the 1890 IPA, a medium American IPA with citrus and grapefruit flavors. If the High Noon Chili Ale is on tap, it's made with Alapeno, Serrano and Habanero peppers for a spicy kick. 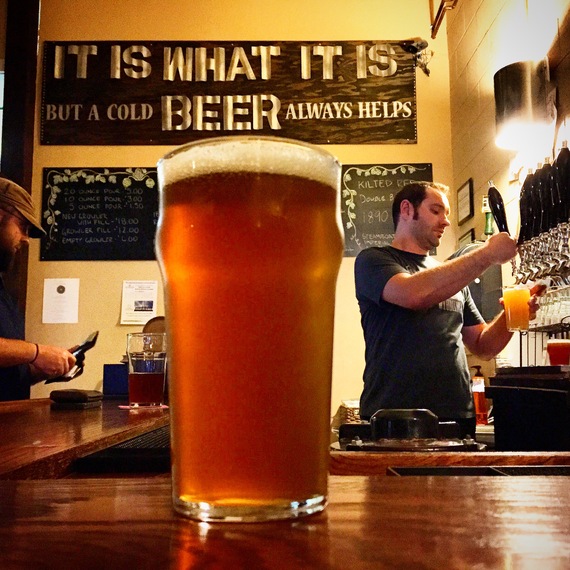 The Cheyenne Brewing Company has the best location in town in the 1887 Union Pacific Depot, a National Historic Landmark and one of the finest railroad stations in America. Like Union Station in Denver, it's been beautifully restored and today you can sample more than 20 craft beers and dine on high-quality pub food while looking out arched windows at passing trains.

The historic 1911 Plains Hotel across the plaza has welcomed guests including Harry Truman, Ronald Regan, Ted Kennedy and Richard Nixon. The bar in the Plains was remodeled recently, and lost some of its character, but still packs plenty of Old West charm. Combined with the lobby, which is filled with historic Western paintings and sculptures, the Plains is a must stop. It also features a Capitol Grille restaurant, one of the best in town.

Cheyenne packs any number of eccentric attractions to fill a weekend. There are 22 gigantic hand-painted cowboy boots around town. These boots "are made for talking" - each one tells a story about Cheyenne. Just call 307-316-0067 and enter the number of the boot when prompted to hear tales of gamblers, outlaws, and governors from Cheyenne's past. 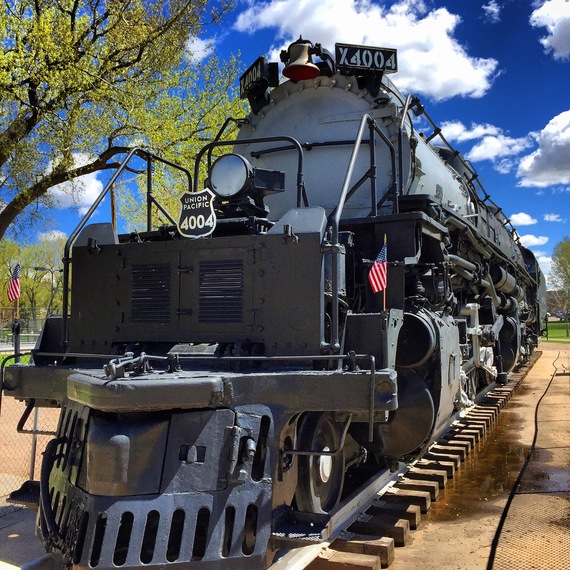 A "Big Boy," the world's largest steam locomotive, is parked in Holliday Park, which also has a beautiful lake and bike trails. The powerful locomotive was designed to pull 3,600-ton coal trains. There are only eight remaining in the world (one is in Denver, a second is in Cheyenne under restoration).

Another world-record train is on the second floor of the Cheyenne Depot Museum, only this one is much smaller. Railroad modeler Harry S. Bunk of Clarkson, NE, worked on building an HO model railroad of Colorado mining towns for 30 years. His layout became one of the most famous in the world, featured in more than 100 model railroad magazine articles, but because it was in his home, hardly anyone had ever seen it in person. Today, the setup has been relocated and rebuilt in the Depot. It's a kick to see model trains pass over the Georgetown Loop and chug into incredibly detailed models of Central City, Black Hawk, and Idaho Springs. 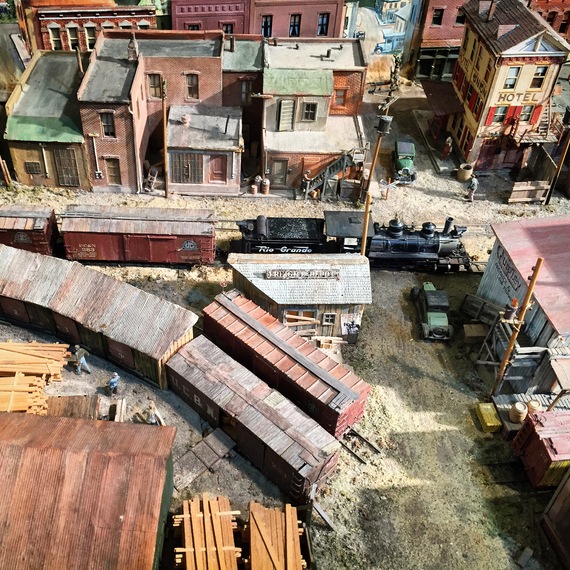 If you want to ride a train, one of the strangest in the world is located 7 miles south of Cheyenne on the Wyoming-Colorado border at the Terry Bison Ranch. A custom built and very funky private train pulls passengers on standard gauge tracks across rolling grasslands to the middle of a herd of 2,500 buffalo. There's also horseback riding and a famous buffalo and steak house restaurant.

The downtown Nelson Museum of the West has an eclectic collection featuring everything from outfits worn by Roy Rogers and Dale Evans to military uniforms, guns, Indian artifacts, saddles and a re-created Cattle Baron's living room. If you like what you see, you can decorate your own living room in a similar style at the Wyoming Home down the block.

There's even a Cowgirls of the West Museum that through clothing, exhibits and historic photos tells the often forgotten story of the contributions cowgirls made in winning the West.

Where to Stay:
The Nagle-Warren Mansion 1888 B&B is more like a small inn with 12 luxurious rooms with all the amenities (TV, air, private bath, Wifi) but sharing incredibly beautiful public rooms with ornate staircases, polished wood, and antique furnishings. 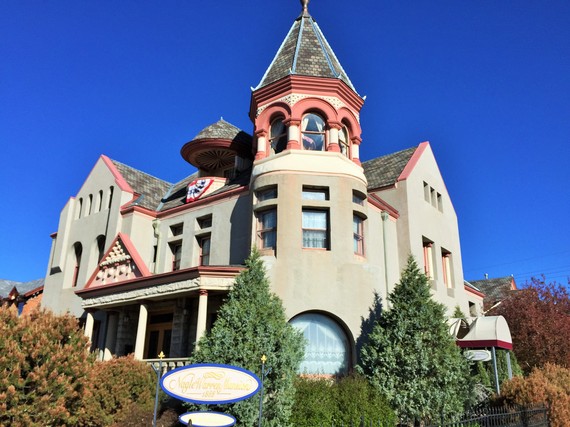 The included breakfast is worth a trip alone. The mansion is literally the biggest home in Cheyenne, purposely built by Nagle to be the biggest (replacing the former biggest home next door that now is El Charrito Mexican Grille). The U.S. Senator and Congressional Medal of Honor winner Francis E. Warren later bought the mansion and entertained many notable people here, including President Teddy Roosevelt.

If you go: Cheyenne

More:
travelCheyenneWyoming
Newsletter Sign Up
An essential daily guide to achieving the good life
Subscribe to our lifestyle email.
Successfully Subscribed!
Realness delivered to your inbox