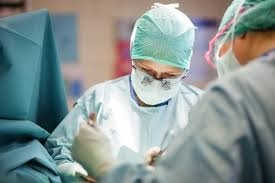 As I watched Donald Trump pace behind Hillary Clinton during the second presidential debate, I noticed myself growing increasingly uncomfortable. At the time, I attributed my discomfort to the generalized anxiety accompanying this particularly contentious election cycle. It was only when I saw the Saturday Night Live parody of that debate that I realized what had truly spooked me. It was the way Alec Baldwin, playing Donald Trump, lurked menacingly behind Kate McKinnon, playing Hillary Clinton, throughout the event. It was on his final swerve across the frame, to the soundtrack of Jaws, that I understood the source of my distress. There was a time in my own past when a man had lurked menacingly behind me. 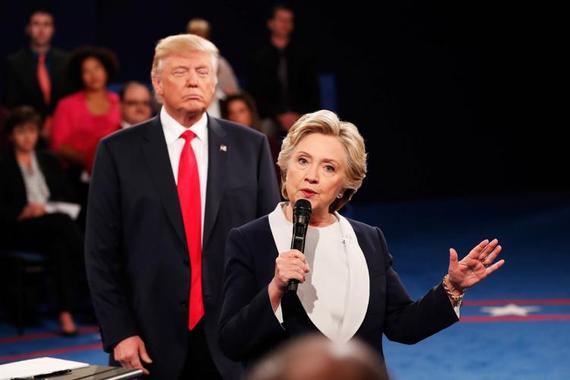 And there had been absolutely nothing funny about it.

I was a third-year medical student planning on a career in surgery. I come from a long line of surgeons, including my father, my grandfather, and several uncles and great-uncles. These were men dedicated to their craft, supremely confident and competent, and venerated by all who knew them. A few of them had treated me at key points in my own life. My grandfather, an ObGYN, had delivered me. My father, a neurosurgeon, had cared for me after a serious concussion. My uncle Harry, a general surgeon and the head of the local emergency room, had sewn up a gushing laceration on my forehead when I was seven. I wanted to be like them. To scrub into a sterile field and do what mere mortals couldn't. To rid bodies of disease. To use modern technology to save lives.

It was the second day of my surgical clerkship and I was scheduled to work in the operating room with the only female attending in the department. It was the first surgery of the day, and I was to "assist" her, which, for an inexperienced student who barely knew how to maintain a sterile field, amounted to "cutting here" when a completed stitch required a trim. I was the only woman in the room aside from the attending. The residents surrounding the table were all men in various stages of training. The rotating nurse, who helped us don our sterile gloves and gowns, tying them expertly at the waist, was also a man. He made me uncomfortable from the moment I met him. He was loud, verging on rude, and strutted around the room as if he owned it, making loud interjections into others' conversations. Although everyone else seemed unperturbed by his antics, I felt intimidated and on edge. After he tied my gown, he put his face uncomfortably close to mine, glared at me, and barked, "Do not move your hands out of the sterile field. Keep 'em where you can see 'em." Then he put his hand on the small of my back and actually pushed me towards the table. Flustered, I took my place beside the attending.

There was something about the atmosphere that reminded me of a fraternity party from my college days. There was nothing overtly sexist happening, but the atmosphere felt harsh, with criticism, mean jokes, and posturing that made me uncomfortable. Having a woman in command felt reassuring.

"Scalpel," she said, and the next thing I knew she was cutting open the skin of the belly before us. I felt suddenly lightheaded, but maintained my composure; I had heard stories of medical students fainting in the operating room and resolved not to follow in their footsteps. I stood stock still in my crisp paper gown, my face in a shell of warm breath behind my mask. I kept my hands rigidly at table level, willing myself not to scratch my face or let them anywhere out of the sterile field as I overlooked the exposed abdominal cavity. The patient's intestines gleamed under the bright light of the operating room. The attending murmured her instrument requests to the resident across the table, instructing him step by step as they worked together to tie off any bleeding vessels. I was given threads to hold, and instructed to snip intermittently. I forgot about the nurse and my earlier discomfort, and became completely absorbed in the work. I felt flickers of competence, like I too could do this someday.

And then it all changed.

I felt a hand on my left hip. Then another on my right. I was stunned. I realized it had to be the rotating nurse who had gowned and gloved me. But I was under strict instructions not to move. From him. And from the attending. So I didn't budge. A thousand reasons to keep quiet flooded my mind - I wanted to be a team player, to show them that I was tough and dedicated. I didn't want to attract any attention. I didn't want to be the complaining medical student who couldn't handle what came her way. But his hands weren't leaving my hips. I shifted slightly towards the attending, hoping to catch her attention. No such luck. Everyone continued working in silence. I shifted in the other direction. His hands stayed put and began to stroke my waist. Finally, I could take no more. "Don't touch me!" I said loudly, but the tone of my voice made me cringe. I thought it sounded weak, even whiny. All eyes lifted from the surgical field and came to rest on mine. It was clear what was going on - there was only one person in the room unconstrained by the sterile field. But no one said anything. Heat rushed to my face. I felt shame, a sense of abandonment and complete vulnerability. Who would protect me? Not the men in the room. Not the woman who was in charge. I couldn't even protect myself--my own hands were tied. It was maybe half a second, then all eyes lowered, returning to the surgical field. Facing their silence, I bit my lip. What would he do next? Grab my crotch?

Suddenly it was over. With a chuckle, the nurse removed his hands, and walked across the room.

That night, I couldn't sleep. I felt a combination of shame, anger, and profound hopelessness. That nurse's actions had rendered me different from the rest of the group. I couldn't imagine he would never do that to a man. How would I continue this rotation?

There were no surgeries scheduled for the next couple of days and I resolved to approach the attending, trying to set aside my own fears that it would somehow mark me as a problem student. As I was shown into her office, she looked up from the charts she was signing and nodded. "What can I do for you?" I told her what she already knew-- that the nurse had touched me inappropriately and I was concerned it would happen again. As I spoke, she said nothing. Finally, with her pen still hovering over her charts, she said, "Gary can be difficult, you shouldn't take him seriously."

There was no assurance that it wouldn't happen again. No acknowledgment of the violation I had experienced. Her minimization of Gary's actions served only to shame me further-- by complaining, I felt I had only highlighted that I could never fit in. How had she, I wondered.

Looking back, I can only imagine the challenges that she must have faced. In 1981 only 1.4% of surgeons were women. I like to think that what seemed like her indifference was really an attempt to toughen me up so that I could survive. But I just can't know.

In the end, I decided not to become a surgeon. There were a number of reasons, but most had to do with what felt to me like a "boys' club" culture, and the concern that I would never be truly accepted as an equal in that world. Instead, I went into critical care medicine, believing this field would be less likely to tolerate such egregious behavior. That was true for me. Most of my male colleagues over the years have been supportive and egalitarian in their approaches.

Even so, I have noticed a subtler variety of sexism than that which grabbed me in the operating room all those years ago. One where women are not put down per se, but the qualities typically associated as "feminine"--collaboration, processing, and reflection to name a few-- are viewed as somehow inferior to those that prioritize action and intervention. As if taking the time to acknowledge uncertainty or question the current plan will detract from the "real" work of treating patients. There are certainly times in critical care when immediate and decisive action is called for, and there truly is no time for discussion. But in my experience, this is only a small fraction of the time. After the crisis has resolved, there is generally ample time to take a breath, question our approach, and solicit opinions from the team, the family, and hopefully, the patient. But we often don't do it.

We should. These techniques bring something new and fresh to our patients. And to the medical profession as well. More than two decades of research in the relatively new field of Palliative Care demonstrates that a collaborative structure benefits not only our patients and their families, but healthcare professionals as well. Instead of the hierarchical approach to patient care typical in almost every other field of medicine, where the doctor "knows all" and decision-making is a one-way street, Palliative Care is carried out mostly by interdisciplinary teams consisting of chaplains, nurses, social workers, and doctors. In this environment, there is not just one expert calling the shots, but a collaboration of healthcare providers learning from each other as well as the patient. As a result, the care plans are more considered, more tailored to our patients' unique needs as people. And our treatment of each other as professionals is also more humane as we recognize each other's value, regardless of our professional background, race, or gender. 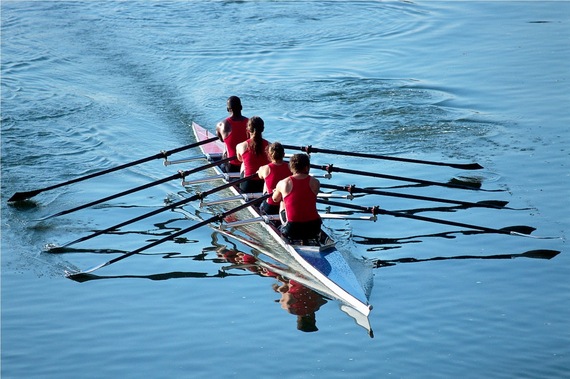 At this watershed moment in our country, where a woman stands on the debate stage as a contender for the presidency, I feel hopeful that we might begin to see women in medicine, and the qualities they tend to bring to the workplace, not only as equal, but as deserving of respect and admiration in their own right.