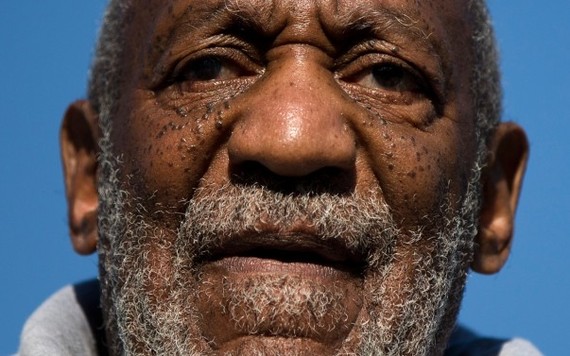 Recently, Ebony magazine released the cover of its November "Family" issue -- a portrait of the smiling Huxtable family, marred by shattered glass, the face of The Cosby Show patriarch Cliff Huxtable obliterated. Cracks crawl like tentacles over the entire family. Bill Cosby -- the man who gave his name and his family stories to The Cosby Show -- stands accused of sexual assault by more than 50 women. The Ebony cover is an illustration of how those accusations have fractured the comedian's legacy and everything associated with it.

But the unveiling of the cover unleashed hell on black social media. To many vocal African-Americans, it is an affront -- a venerable black publication colluding with racist oppressors and rabid feminists, publicly piling on a beleaguered (and possibly innocent) man. Bill Cosby, for some, has become a symbol of every black man brought down by a racist society with the help of mercenary and vengeful women. To them, the Ebony cover is the latest lynching of a black idol. Not just that, but Ebony's social media feeds are also rife with folks fretting over trivialities like the financial well-being of other Cosby Show cast members and the tarnished legacy of the 80s sitcom. We are left with the impression that nearly everything under the sun is more important than potentially victimized women.

Protective thinking in response to a black man accused of sexual crimes is understandable, given America's history of stereotyping black men as predators. But reflexive and unthinking circling of wagons is a damaging reaction that protects the black community from exactly nothing. In fact, while Bill Cosby's alleged victims are mostly white, the idea that the respectable public face of black men must be protected at all costs is ultimately most damaging to black women.

In the late 80s, when I was a college student on a predominantly white campus in the predominantly white state of Iowa, I was sitting in a dormitory commons, the only black face in an otherwise white room, when one of my floormates asked for someone to accompany her to the basement to get her laundry. "I'm so afraid some big, black guy will rape me," she added. I know that in America, black man and bogey man are too often the same thing. And like many African-Americans, I cannot forget the history of false accusations used as a tool to destroy black men. The image of Emmett Till, murdered for allegedly whistling at a white woman, his bloated and mangled body in an open coffin, is seared in black America's collective memory. But this sordid history cannot be used as a veil to blind us from present day facts, nor an excuse to ignore the reality that black men do rape -- as other men do.