I see trees of green, red roses too. I see them bloom, for me and you. And I think to myself What a wonderful world. - Louis Armstrong, What a Wonderful World 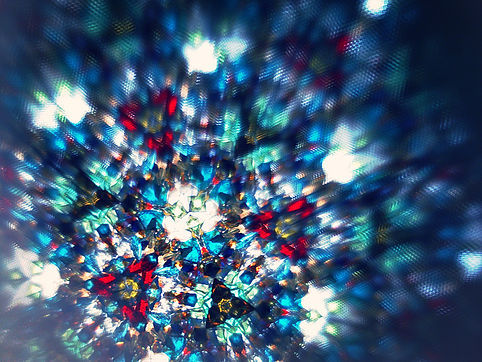 Race relations were tense in the United States when this song was first released. Skies may have been blue, clouds may have been white, but at the back of buses seats were still black. Riots were multiplying, curfews were in effect. In 1967, there was talk of civil war; it was not a wonderful place.

Across the ocean the Beatles were singing of tangerine trees and marmalade skies. "Cellophane flowers of yellow and green," as London fought a cold war with itself. There were massacres in Bolivia, hydrogen bombs in China. A secession in Biafra, a deposed king in Greece. Chaos in North Korea, Vietnam, the Middle East.

No it was not a wonderful world; it still is not today. I do not see rainbows through the smog; I do not see many trees. I do not see people looking at people; I do not see smiles in the street. I see fewer friends, shake fewer hands; no one asks how do you do. I cannot see your lips mouth "I love you" when the sun is in my eyes.

I see a little town in the mountains of Lebanon; the locals call it Qaa. A church, a town hall, a vegetable stand, a spring in the center of the square. Four suicide bombings before dawn, four more before the funeral that night. I see hatred spurred by misfortune and need. Injustice, all around.

I see brave young soldiers imposing a curfew, civilians locked indoors by fear. I see silent, motionless victims; I see grieving families. I also see aggressors; victims in their own way. And on the ground, everywhere, I see shards of colored glass.

Don't tell me the moon is shining; show me the glint of light on broken glass. - Anton Chekhov

This earth has always glistened; it has always stung our feet. But in 1816, a Scottish physicist looked down, and saw it differently. He poured twenty-four fragments of broken glass carefully into a tube. Two reflective surfaces, one on either end, an aperture with a lens.

He called his device kaleidoscope: See. Beautiful. Form. He pointed it at his feet, at the world, and it was wonderful.

The premise of a kaleidoscope is simple. The object on view is real, unchanging; a fixture of the outside world. Inside, only broken glass moves. But somewhere down the hole where eye and whimsy meet, a magical scene unfolds. 1.4 x 1033 beautiful ways of seeing life, 1.4 x 1033 fleeting worlds. A symmetrical, infinitely multiplied view, a transfiguration of the commonplace.

I used to know a little boy whose world was more wonderful than mine. It had rainbows in prisms, shapes in clouds, as many wishes as stars in the sky. Animal crackers with secret lives, rhymes in alphabet soup. In it puddles were oceans, sheets were tents, and pillows were fortress walls. Grandfathers' canes were musketeers' swords. Neverland could be found on a map.

"You cannot depend on your eyes when your imagination is out of focus." We lived in the same world, but from his pirate ship bed, he saw it with kaleidoscope eyes.

"The lover of life [...] is a kaleidoscope endowed with consciousness, which with every one of its movements presents a pattern of life, in all its multiplicity, and the flowing grace of all the elements that go to compose life. It is an ego athirst for the non-ego, and reflecting it at every moment in energies more vivid than life itself, always inconstant and fleeting." - Charles Baudelaire, The Painter of Modern Life

A wonderful world is a relative one; it cannot exist without pain. Life is what it is; it does not change. It is we who do, and can. We can love, instead of hate. Find empathy in suffering. Of pieces of broken glass and lives, make canvases of color and symmetry. We can tune into new frequencies, blur a few lines. Dare to challenge our angles and look out with slightly kinder eyes.

The glass is broken. So are we. But this world is a wonderful one if we choose it to be.

This post was originally published here, on Aristotle at Afternoon Tea.