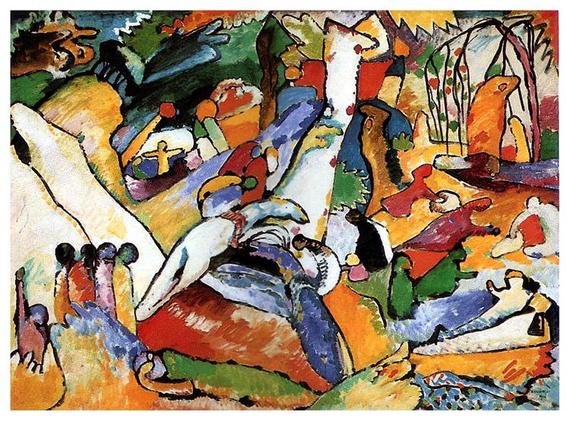 Spirit is the word we use to refer to our intangible being as contrasted with our physical presence. It is different from the material person we can see and touch. According to the Oxford Dictionary, the word's origins are from the Latin spiritus, literally breath. The ancient Romans believed that the human soul had been "breathed" into the body, thus the spirit is "the breath of life," a force that animates the body.

We use the word, spirit, in a variety of ways. For example, we may say, "The baseball players showed great team spirit," or "That dancer gave a very spirited performance." The word may define an attitude, an outlook of openness, or optimism. "She was a leading spirit at the conference." A kindred spirit is a person we connect with on a deeper level. And how often have we said, "That's the spirit!" to compliment someone's perseverance.

The word spirit has many synonyms such as heart, gumption, pluck, and resolve. Roget's Thesaurus lists true grit as a synonym of spirit, an expression especially popular in the south to describe strength of mind and the courage to see through one's convictions even in the face of strong adversity. True Grit is also the title of one great American novel, a study of the indomitable spirit of a young girl determined to find her father's killer, written by Charles Portis.

The endeavors of the human spirit are no stranger to pop culture and art of the past 60 years. The beauty of nature is important to the human spirit according to John Muir, who founded the Sierra Club, and famously said, "The mountains are calling and I must go." Rachel Carson, author of the 1962 groundbreaking book Silent Spring, believed that people who "contemplate the beauty of the earth find reserves of strength that will endure as long as life lasts."

Of all the art forms, music has always been considered the closest expression of the spirit. According to Beethoven, "Music is the mediator between the spiritual and the sensual life." In 1957, the blues artist, Muddy Waters, popularized the song "Got my Mojo Working," which actually comes from an African American tradition of carrying a magical charm bag that is traditionally used in voodoo. However, it has always been interpreted in popular culture as having one's spirit in prime working order. Webster now defines Mojo as "a power that may seem magical and that allows someone to be very effective and successful."

Concerning the Spiritual in Art is a classic little book written by the great Russian artist, Wassily Kandinsky, who deeply understood the connection between music and the spirit. His ideas called for a spiritual revolution in painting that let artists express their own inner lives in abstract, non-material terms. Considered a radical idea in 1911, the spiritual aspect of abstract art is now universally understood.

"Spirit is the essence of being human," said the late Joseph Fabry, who wrote Guideposts to Meaning and Pursuit of Meaning, based on Vicktor Frankl's existential humanistic theory known as Logotherapy. "You have a body that may become ill; you have a psyche that may become disturbed. But the spirit is what you are. It is your health core."

That health core -- our life force, needs to be cared for. When someone is ill or suffering physically, it is imperative that the person's spirit is also cared for. This is why the Spiritual Care Association came into being earlier this year. When we see all that the spirit does for us, is it any wonder that we emphasize the importance of keeping it healthy?

Should you ever feel that your spirit is not in prime condition or temporarily "out to lunch," heed the words of the well-known physician, spiritualist and author Deepak Chopra. "Ultimately spiritual awareness unfolds when you're flexible, when you're spontaneous, when you're detached, when you're easy on yourself and easy on others."

That might be where Kandinsky was when he invented abstract art!