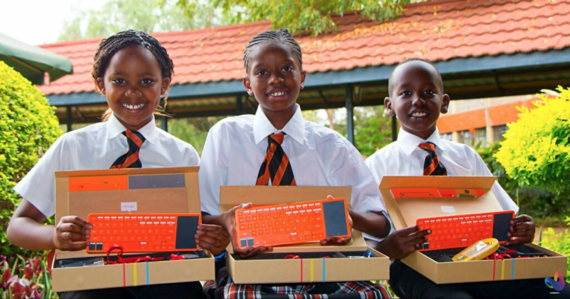 By Yonatan Raz-Fridman, Founder and President of Kano.

"It can bring my people together." This is what Kelvin Doe, now 18, said to me when we first met in Tel-Aviv on October 2013 when we showed him an early prototype of a computer kit he can build and code by himself. At the age of 11 in Sierra Leone, Kelvin taught himself to build electronic kits by finding components in trash bins. For him, this was not about toying around with electronics, it was about bringing his family and community together and giving them access to entertainment through his DIY Radio. Kelvin is just the tip of the iceberg.

With over 1.3 billion children born since YouTube was launched, there is a whole new generation that can be engaged, connected and creative. If we give them the tools, skills and inspiration, we can empower them to: learn, not just play; make, not just consume; share, not just create, and ultimately, shape the world around them, regardless of age, gender and geographic location. We would have a world of curious, creative and productive citizens - ultimately, making the world a better place.

At Kano, we empower the new generation, from London to LA, from Bangkok to Bombay, and inspire them, through connected experiences, to shape the world around them, by learning, making and sharing with technology.

Learn.
With their inherent child-like curiosity, kids learn by doing. One should only look at a 10 month old baby exploring the boundaries of a living-room to see how inquisitive she is, almost fearless. Her parents are the only boundary to her exciting exploration. It was Professor Sugata Mitra who showed us the power of self-learning (a.k.a Minimally Invasive Education) when he put computers in Kalkaji, New Delhi, to show that children could learn on their own and, "on the way", improve group dynamics, in-class behavior and more.

Make.
Youth in Cateura, Paraguay, have turned waste into musical instruments and are now playing all over the world as the LandfillHarmonic. They use oil tin cans, bottle caps and other recycled materials to make string and wind instruments. The now 35-strong orchestra, has sparked the interest of other local children and parents who are choosing to enroll into music classes at the music school of Cateura, where anyone can learn music but also learn how to build recycled instruments.

With technology embedded in our everyday lives, code has become an integral language in the future of making. This is why over 130 million people have participated in the Hour Of Code campaign - an initiative giving young people a glimpse into this new creative world and showing them how they can use code to make what they want to play with.

Share.
There are over 1.8 billion photos uploaded and shared a day and with nearly 40% of the world's population connected to the Internet, a whole generation has never been better-placed to lead the first-truly connected global community of young makers. With the curiosity and passion for play, young people all over the world can help shape a world which is more open, collaborative and ultimately one that, as Kelvin said, brings people together. But sharing is not only about sharing a photo, a game or code, it is also about caring for a common cause. An exciting global campaign - the #UpForSchool petition - recently became the largest petition for education in history by reaching more than 10 million signatures from around the world. The petition is all about uniting to help get 59 million kids into school and learning so that they can play an active part in shaping the future - and not just spectate.

We believe that anyone, anywhere should have the tools to make, learn and play with technology, not just consume. We want this new creative generation to have a voice, a mission and ultimately the legacy of shaping the world we live in. From a small space in East London, an incredibly passionate Kano team from 18 different nationalities is shaping the tools for this new creative generation. There are Charter School kids in the city of Alpharetta, Georgia who now have computing embedded in their everyday lesson plans. Youth in Sierra Leone, Vietnam and Kenya for the first time, have access to tools in which they can use the Internet and be part of the world wide web. It doesn't stop there. To inspire them in continuing their learning and making, we have created a powerful way for them to show the world what they make. In a GitHub-like social network, kids of all ages can show their friends, families and indeed, the entire world, the creations they make with code, from a geometric spiral to a marshmallow guy singing.

A new initiative that Kano is launching with Theirworld, Codecademy and Africa Gathering, will create safe spaces for girls in Africa, giving them opportunities to be empowered with the skills and confidence to shape their own future. Together, we want to show that a creative generation does not speak a specific language, it does not have any preferred gender nor location, because in the world we live in, anyone, anywhere should have the tools to shape the world around them.

The next Mark Zuckerberg or Arianna Huffington is out there. We are eager to provide the opportunity and the tools for her to shine. 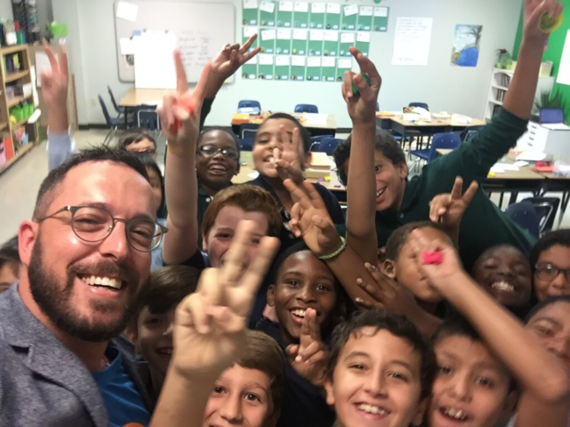 Yonatan is an Israeli entrepreneur with a strong desire to grow educational opportunities on a global scale to equip young people all over the world with tools to create the innovation of the future by making what they play with. He is Founder and President of Kano. You can follow him on Twitter, Facebook and Instagram.