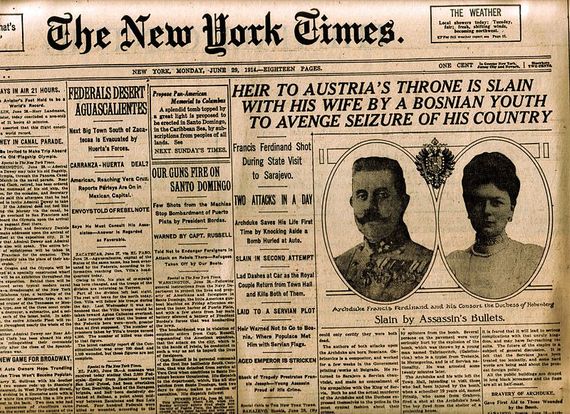 I am so old that I still like to start each morning with a printed, paper newspaper at breakfast.

I could read the paper online, on my iPad or my phone, but there is something enormously satisfying about the physicality of the paper.

I have the NY Times delivered to my home every morning.

In fact, most of the NY Times delivered to my house have been noticeably thin. Thinner and thinner.

Watching the NY Times waste away before my eyes, at my breakfast table, is like having a close relative who is slowly dying of some wasting-away disease. It's an incremental thing, but my God.. you have lost a lot of weight.

And, as with the relative, this can't go on forever.

This was not always the case with The NY Times. It was once thick and fat. The Sunday edition used to be massive. Whole forests were chopped down to create that thing. And it was as thick with advertising as Vogue magazine - maybe thicker.

Now it has what used to be called 'The Consumption'.

And The Times is not alone. Time Magazine these days is now thinner than the stable that holds it together. It is also almost devoid of ads. Newsweek, of course, vanished last year.

I would say that within my lifetime I shall see the end of newspapers - or at least the printed, physical kind.

This will be too bad. At least for me. I suppose for a generation that grew up without having read a paper paper (so to speak), and I would assume this is pretty much everyone now under the age of 30, the loss will go almost unnoticed.

Kind of like the disappearance of the icebox. Or the horse and carriage. Or the typewriter (whatever that was).

It's the inevitable and irresistible consequence of technological progress.

Oh, I suppose there will be a few hold outs who cling to some simulacrum of a paper; and if there is a market, someone, somewhere will actually produce a printed paper - but these will be like the few who still insist that the only way to listen to recorded music is on vinyl.

And, no doubt, at some point in the not too distant future, a television network news program will do a piece on a small group of eccentrics who still 'read the newspaper on a piece of paper', and the small printing shop that feeds their desire.

That is, of course, assuming that there is still a network TV news show to watch.

And of that, I have my doubts.