To the casual observer, it seems like nothing has happened in Nepal over the last year. But looks can be deceiving.

A year ago, a series of earthquakes shook the very core of Nepal, killing thousands and leaving tens of thousands without food, shelter or medical care. Reading last weekend's news reports, it seems that very little progress has been made. Politics and red tape have combined with poor infrastructure--Nepal lacks roads and equipment and communication networks as well as solid emergency procedures--making rebuilding a tortuously slow process.

Yet, I see progress on all fronts. 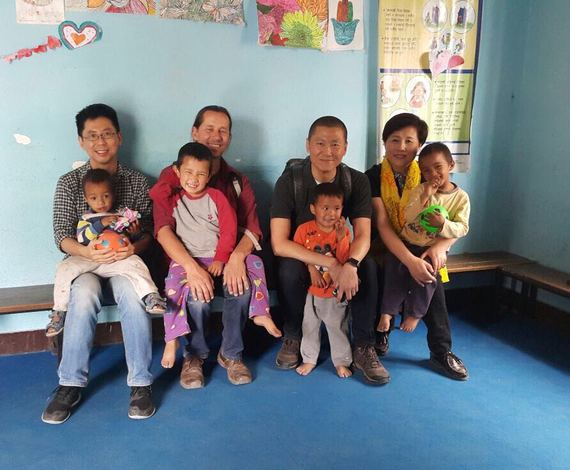 Like laying the foundation for a building, the groundwork for reconstruction is time-consuming, and much of the work is not visible. However, it is critical to do this work properly, since everything rests on it. Plus, in Nepal there are a lot of problems to solve.

First, people need housing. In the hard-hit rural areas, virtually nothing has been rebuilt and even in mountainous regions people are still living in open air. Second, and even more compelling, are the thousands of children whose lives have been overturned--orphaned, made homeless, or had their schooling abruptly stop (many schools in Nepal closed last year, either destroyed by the earthquakes or unable to obtain fuel for cooking, heating and transportation). 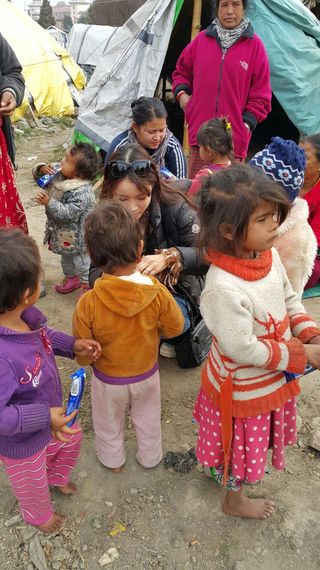 This relates to a third, more fundamental problem that was true long before the earthquakes: In rural Nepal many people are poorly educated, so their economic prospects are reduced--holding back both the individuals themselves and the nation as a whole.

In the wake of the earthquakes, we have been addressing all three of these problems at once.

On April 25, 2015, we founded Buddhist Relief Services. Dedicated to aiding people devastated by disaster, our first focus is Nepal. Our team has traveled around Nepal three times over the past year, talking to community groups, government officials and representatives of other foreign charities. Their goal was to identify villages in northern Nepal--the area hardest hit by the earthquake--where our aid will have the most impact and to determine what form that aid should take.

In three of the hardest hit villages, we will build community centers. Engineered to resist earthquakes, these can be used as temporary shelter now and in future crises; in happier times they will provide a much-needed gathering spot for community activities. These centers will also have attached Care Homes, where children who are orphaned or homeless can live. We will hire local villagers to work at the centers and care for the children, providing a safe and nurturing environment that will enable them not only to attend school, but to focus on their studies.

As we explored the best structural format for these centers, we spoke with many engineers, all of whom agreed that we needed to wait through one entire monsoon cycle to ensure that the ground was secure to build on. But we have made good use of that time, raising money and working with the villages to get their approval for the project. They welcome the community centers and care homes, and have agreed to provide communal land on which to build. We are in the final stages of securing permissions, and are now poised to build. We hope to have at least one center completed before the rainy season starts this July.

In the last year, the Nepalese people have been very patient, as they wait for help, or make do with resources they can gather themselves. Delays in rebuilding have made many people victims twice over. Yet their spirits are strong and they persevere. And now, slowly, we make progress.