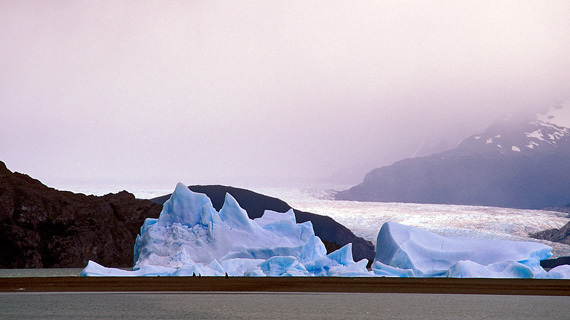 Scientists declared this past year as the warmest year on Earth since record-keeping began in 1880, and a series of scientific reports found glaciers melting and extreme weather events intensifying. There can be no doubt that this year world leaders must commit to transforming their economies to combat climate change.

We must put an end to decades of harmful fossil fuel subsidies and redirect those resources to the people who need them. We must put a price on carbon and begin to rein in pollution that fuels climate change. And world leaders must produce a substantive climate agreement in Paris that commits every country to reduce greenhouse gas emissions.

In Davos this week, leaders from all corners of the world, representing both the public and private sectors, are discussing these critically important issues. Many already are climate leaders, innovators who are transforming their own operations and economies into sustainable, competitive engines of growth fit for a low-carbon future, but many more must join them.

We now have a series of opportunities in play that give us potential for breakthroughs:

In Davos, pricing carbon will be at the forefront of climate issues. In conversations with finance ministers and business leaders over the past two years, I have watched the focus turn from doubts on whether it was possible to take action to finding ways to price carbon most effectively. Almost 40 countries and more than 20 cities, states, and provinces now price carbon or plan to; South Korea, for instance, started carbon trading last week. At the UN Secretary-General's Climate Leadership Summit in September, 74 countries and over 1,000 companies expressed support for pricing carbon emissions.

The private sector is increasingly leading the climate fight. In Davos, business leaders will present possible solutions for reducing emissions and for implementing carbon pricing. Because public finance won't solve the climate challenge alone, we need the private sector's active involvement to find solutions that benefit their business as well as the Earth.

This is money that should be invested in resilience, health care, and targeted support for the poor, and in developing the clean technologies that can move the world toward a safer future. Brazil, Indonesia, and Mexico are a few of the countries that have developed stronger, cleaner safety nets to directly help the poor in conjunction with subsidy reform.

Policy packages that include these components provide the confidence and predictability that all investors and consumers need to change their choices and behaviors. We will be working with partners to help countries move their economies toward producing a cleaner, more prosperous future for all of us.

Our choices now can lead to a cleaner, healthier world. With strong leaders from both the public and private sector, we can slow climate change now by putting a price on carbon, eliminating fuel subsidies, and bring together bold, innovative country plans. This year must be the year that the world turns away from the destructive path that we have been on for far too long.