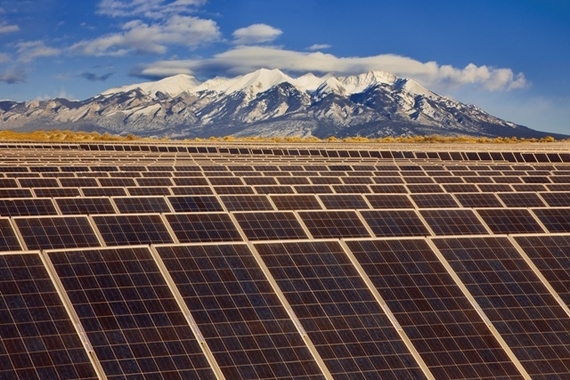 Jack Corbin is a problem solver and young entrepreneur who has taken his talents to the field of solar power in order to help with efficiency. Jack and his team are working on heated solar power panels that will effectively remove the snow that prevents solar panels from collecting energy in the winter. Jack founded Raydiate when he was 18 and plans to continue to make his mark in the solar field. As a Watson student and graduate, he is opening the doors to his future as an emerging entrepreneur. Watson is a partner of GlobalMindED, a conference that convenes thought leaders interested in increasing access and equity in education and creating a diverse talent pipeline each year in Denver, CO.

How are you solving the issue of American solar farms inefficiency?

The problem I am focusing on is the energy lost to winter precipitation every year. In the US, between 15% and 25% of the energy generated by solar power is lost due to snow fall on solar panels, and the scope of the problem goes well beyond just solar farms. It also affects homeowners with solar on their roofs and business who rely on solar. We (I am really not the only one focusing on this, I have an amazing team) are solving this problem through the use of some incredibly smart heating technology that we are in the process of developing. This winter, we are installing our product on systems in my hometown in Wisconsin. Not having the ability to generate energy all year is a big deal for solar owners, and it is one of the barriers to solar in more northern climates. Our system has the potential to make solar a more viable energy source in colder states.

What have been the biggest challenges you have faced in your work?

I am not an engineer. I simply do not have that skill set, and, while I absolutely love the process of creating a technological solution, it has been difficult finding people with the skills to pull it off. That being said, I was talking to a friend a few months ago, and he stopped me and said, "Jack, aren't all of these problems, problems you would have loved to have had six months ago?" That made me pause, because he was totally right.

What has been the most influential aspect to your work?

A lot of it has to do with my upbringing. My parents are both involved with environmentalism and renewable energy and have been for as long as I can remember. I think perhaps the largest influence has been the community at Watson University, because the people there are absolutely incredible, and the work they are doing inspires me every day. They are the ones who introduced me to my mentors, to my team members, and to this incredibly vibrant community of people who are working really hard to solve problems. Those are definitely two huge influences, whether or not they are the most influential I am not sure. Ask me again in a few decades when I have had time to think it over.

What three pieces of advice would you give college students who want to become entrepreneurs?

1. If you think you can solve a problem, do it. Problems are fun, and college is a great time to solve them.
2. It can be scary. Do not let your fear win. When it comes up, remember what you are trying to do, and remember that whatever problem is scaring you now is a problem you would have loved to have had not long ago.
3. It is ok to tell people what you are doing. I get bogged down in feeling like people will think that I am too young to do what I say I am doing. Ignore that impulse. Talk to anyone and everyone about the problem and the solution. If you think someone might have an insight, call them, talk to them, tell them what you think, and ask what they think. Do not be afraid to be passionate.

Jack is a young entrepreneur who is an example of how a young person can solve macro problems without needing to solve the micro problems embedded in them. Jack knows how to solve problems by surrounding himself with a good team while maintaining his overarching vision. The support he has received from Watson University is fueling his connections and his outcomes. Watson and GlobalMindED are partners and will be bringing young innovators like Jack to GlobalMindED this June 21-23 in Denver, Colorado.