Finding the right words to comfort dozens of crying children can be a challenge. I was surrounded by more than 100 children of fallen U.S. service members at Camp Hometown Heroes -- a free summer camp that is a hybrid of both recreation and healing opportunities. Yet, not all tears are unhealthy as for many of the children, this week in the woods was the one place they could cry freely with those who truly understand. The hugs, tears, discussion groups and art therapy offered during their week together helped them make important strides on their journey to healing. 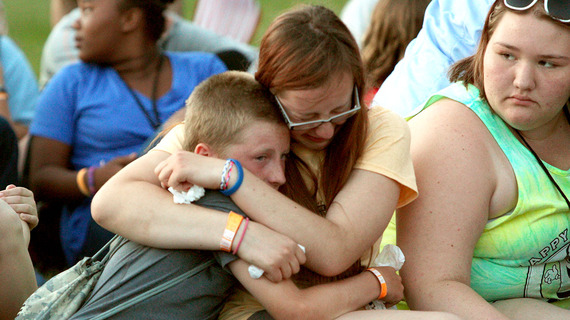 During their week at camp, children from nearly 22 states came together to honor their fallen heroes through a balloon release, candlelight ceremony, the creation of memorial quilt, and a tree planting where each child would have the opportunity to sprinkle dirt at the base of young tree.

For many of the children, the painful loss happened when they were infants -- even prior to their birth -- while their parent was deployed in a war zone in Iraq or Afghanistan. For others, the loss was much more recent as some of the campers present had lost a father within the prior year. Given the common bond of loss -- be it recent or long ago -- I knew the tree planting would need to be handled in a sensitive way as the very act of sprinkling dirt could remind them of the lifelong sacrifice they made for our nation. With that in mind, a few hours prior to the ceremony, I sought the counsel of Rabbi Noah Chertkoff of Congregation Shalom in Milwaukee.

Without any hesitation, Rabbi Chertkoff remarked, "Tell them the story of the 9/11 Survivor Tree. These children have been broken but they are not beyond repair. With healing comes hope."

When our phone call ended, I quickly went to the 911memorial.org site to learn more about the tree.

"The callery pear tree became known as the Survivor Tree after sustaining extensive damage, but living through the September 11, 2001, terror attacks at the World Trade Center. In October 2001, the tree with lifeless limbs, snapped roots and blackened trunk was discovered and freed from the piles of smoldering rubble in the plaza of the World Trade Center...

The damaged tree measured eight-feet tall when it arrived in November 2001 at the Parks Department's Arthur Ross Nursery in Van Cortlandt Park in the Bronx."

As I shared this story with the children and volunteers later that evening, I provided the hopeful ending to the story that the Rabbi felt would inspire them. I remarked, "This tree, now 40 feet tall, has been returned to the grounds of the former World Trade Center and is a symbol of hope, resilience and strength." 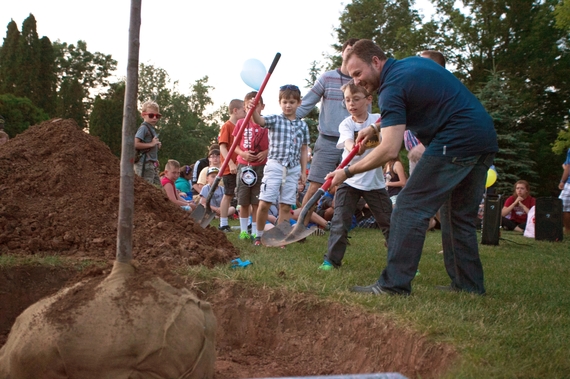 Each child who attends Camp Hometown Heroes could each be considered a "survivor tree." Despite a painful, unfair and permanent loss, they endure. Despite a sacrifice few truly understand, they carry on. Somehow -- despite the death of a cherished parent, sibling or other loved one -- they bravely face each day.

Knowing that we wanted to plant a tree, a few weeks prior to the camp I called my friend Mark DuBois the owner of a local landscaping company in Wisconsin. Mark mentioned that he was honored to contribute a beautiful young tree and guaranteed he would select one that would bring beauty and comfort for years to come. A local engraver ensured we had an appropriate marker at the base of the tree with the words, "Remembering Our Fallen Heroes -- Camp Hometown Heroes 2014."

Mark was not aware of the "Survivor Tree" story I was planning to share with the children as Rabbi Chertkoff did not suggest it to me until just hours before the service. Yet, somehow despite the dozens of options available to him, the very tree Mark decided to deliver that day was a beautiful pear tree. Just like the Survivor Tree, our own pear tree will live on for decades to come.

While this small tree will not singularly take grieving children from a place of sadness to healing, I do believe that it serves a reminder to the children that brighter days are ahead.

Neil Willenson is the Co-Founder of Camp Hometown Heroes. 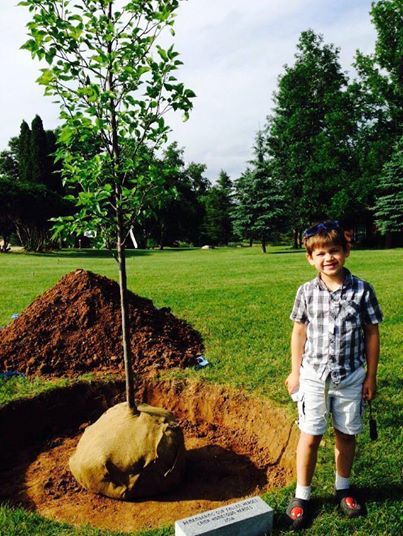