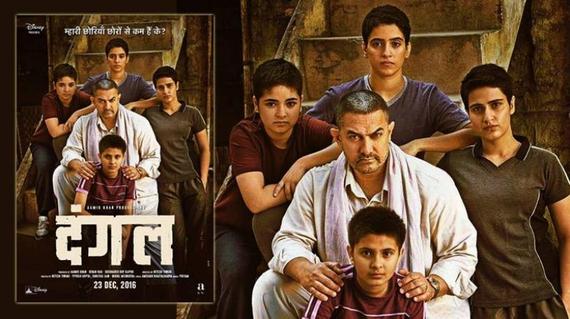 On Saturday morning, I went to the Manhattan AMC 25 Theater to watch Aamir Khan's latest movie "Dangal." Dangal means wrestling competition. I was very excited to watch this movie of "Mr. Perfection" (Aamir Khan) because he always brings blockbuster movies to his audiences. He is outstanding in this movie too. This movie will inspire you to do the hard work of life because hard work, dedication, and struggles are the things that lead to success. This is a very emotional movie and it may make you cry. I would like to share a few of my observations about this movie.

I can honestly say that I haven't seen a better movie in a decade. "Dangal" is a biographical sports drama directed by Nitesh Tiwari. This is the fourth film from Nitesh Tiwari, following "Chillar Party," "Kill Dill," and "Bhoothnath Returns." Renowned film Director Karan Johar commented that Nitesh Tiwari has created an absolutely brilliant movie, and I must agree. With the success of this movie, Tiwari has placed himself in the company of some of the best directors of the Bollywood cinema industry. 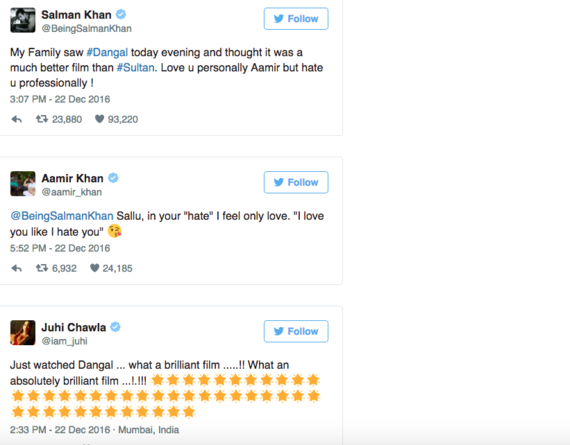 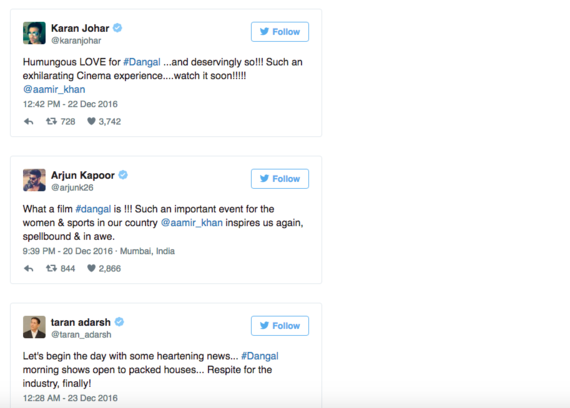 "Dangal" stars Aamir Khan as Mahavir Singh Phogat, a man who taught wrestling to his daughters Geeta Phogat and Babita Kumari beginning at an early age. According to Wikipedia, Mahabir Sing Phogat is an Olympics coach who was awarded the Dronacharya Award by the Government of India. He trained his daughters very hard. As a result, Gita Phogat is India's first female wrestler to win at the 2010 Commonwealth Games, where she won the gold medal in 55 kg. While her sister, Babita Kumari won the silver in 51kg. They both seem to be very humble, dedicated, hard workers.

As a young man, Mahavir Sing Phogat had a dream to win a Gold Medal for his nation, but his financial situation prevented that. He had hoped to have a son who might fulfill his dreams for him. Instead, his wife gave birth to four daughters. At this point, he gave up his dream, thinking that girls could not wrestle and should only be taught household chores. However, when his older daughters, Geeta and Babita came home one day after beating up two boys, Mahavir realized his daughters had the potential to become wrestlers. In that moment, Mahavir decided that hard work and dedication could make anything possible.

This decision by Mahavir is the most crucial concept in this movie and provides a strong message of empowerment for women. Nevertheless, I believe both women and men can benefit from the overall message that the bigger the challenge, the bigger the potential for achievement. Therefore, we must always do our best. Tawari believes that hard work always pays off, and this movie is proof that it often does. In addition to Aamir Khan, "Dangal" also stars Sakshi Tanwar, Fatima Sana Shaikh, Sanya Malhotra, Zaira Wasim, and Suhani Bhatnagar. Pritam composed the music score with lyrics by Amitabh Bhattacharya. In my opinion, Tawari, all of the actors, technicians, and other creative people involved in this film did an amazing job.