By Phil Stewart and Tabassum Zakaria

WASHINGTON, Sept 27 (Reuters) - Two defense contractors who employed Washington Navy Yard gunman Aaron Alexis are pointing fingers at one another after keeping him on the job despite his mental health problems.

The dispute this week led contractor Hewlett-Packard to cancel its work with Florida-based subcontractor, The Experts, which hired Alexis to do information technology work on U.S. Navy bases.

Authorities on federal contract law say the finger-pointing may have broader implications if families of the 12 victims of the Sept. 16 shootings file lawsuits. Alexis was killed by police in a gun battle.

HP wrote in a letter to The Experts CEO Thomas Hoshko, obtained by Reuters, that it "has lost all confidence in The Experts' ability to meet its contractual obligations and serve as an HP subcontractor."

The Experts fired back a note saying it "had no greater insight into Alexis' mental health than HP."

The Navy asked HP in a Sept. 23 letter to report back this week about any "adverse information" it provided or did not provide so far about Alexis.

A Navy official, speaking on condition of anonymity, said federal regulations require contractors to report adverse information, which includes "any information that adversely reflects upon the integrity or character of a cleared employee."

A U.S. Senate committee has scheduled a hearing on Monday that will explore how Alexis secured a clearance that he used to enter Navy installations. A 2007 background investigation allowed him to gain clearance after joining the Navy Reserve.

In August, just weeks before the shooting, a Newport, Rhode Island police report showed that Alexis told police he was hearing voices in a hotel while there on a business trip.

HP, in severing ties to The Experts, said the company failed to respond appropriately to Alexis' mental health issues.

In its response, The Experts said HP had a site manager closely supervising Alexis, including when he was in Rhode Island.

Before the shooting, Alexis had been sent to military installations in Little Creek, Virginia, Newport, Rhode Island, Cherry Point, North Carolina and the Washington D.C. area, according to a letter from Hoshko to the Navy obtained by Reuters.

Alexis arrived in the Washington area on Aug. 25, staying at two different hotels before moving to a Residence Inn in Washington D.C. on Sept. 7. He remained there until the shooting, the FBI said.

It said that on Sept. 16, he passed through Navy Yard security, parked in an employee garage and entered Building 197 with a sawed-off shotgun in a backpack. The weapon had phrases scratched into it, including "End to the torment."

The FBI said Alexis thought for months he was being controlled by ultra-low frequency waves.

The Experts acknowledged that it pulled Alexis off his Newport assignment for a few days rest. But the company allowed him to return to work after speaking with people with whom Alexis had been in contact.

"Alexis' performance after he returned to work was satisfactory," a source close to The Experts said.

The Experts CEO Hoshko, in a letter Thursday to staff who were affected by the Navy Yard shooting, said: "I truly believe we have continued to meet all our obligations and know that our valued and trusted employees have done nothing wrong."

Monday's Senate hearing will examine the limits of background investigations.

The investigation of Alexis did not pick up on his use of a firearm in Seattle in 2004 to shoot out a car's tires.

Frederic Levy, a suspension and debarment lawyer at McKenna Long and Aldridge, said "there is no bright line" on what precise kinds of employee behavior have to be reported to the government.

For example, a person suffering mild depression due to family problems may be getting weekly professional help. That does not necessarily need to be reported.

"There is a point in time where I think that mental instability would trigger a reporting requirement," he said.

Hans von Spakovsky, senior legal fellow at The Heritage Foundation, said acting too precipitously against an employee with mental issues may trigger a discrimination lawsuit under the Americans with Disabilities Act.

"Companies are put into kind of a Catch-22 these days," he said. "They've got this very narrow knife edge to run between on the one hand protecting everyone and on the other hand not violating the Americans with Disabilities Act." 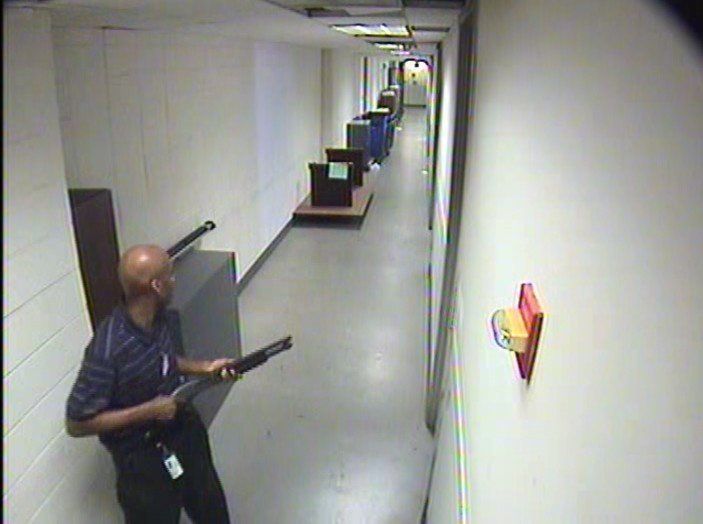