When Aaron Berry reportedly struck two parked cars while driving in Harrisburg, Pa. around 4 a.m. last Saturday morning, he didn't stick around to wait for the cops.

Berry, a cornerback for the Detroit Lions, left the scene on foot, according to WXYZ, leading a witness who followed him to call the police. He was arrested at 4:45 a.m. and charged with suspicion of driving under the influence of alcohol, two counts of accidental property damage involving unattended vehicles and two charges of failure to stop and give information to law enforcement officials.

Berry's run-in with the police marks the sixth time a Detroit Lions player has been arrested this offseason for a crime. Somewhat unbelievably, the Detroit Lions currently account for 24 percent of total NFL athlete arrests in 2012.

Defensive tackle Nick Fairley, the #11 pick of the 2011 NFL draft, was arrested two separate times this spring in Mobile, Ala. In April, he was charged with marijuana possession; By May, he was arrested again and charged with a DUI and one count of eluding the police (at 100 mph in his Cadillac Escalade). Running back Mikel Loshoure also racked up two separate arrests in less than a month, both for possession of marijuana, in southwest Michigan. And offensive tackle Johnny Culbreath paid a $412 fine after his arrest for marijuana possession in South Carolina in January.

What's even more remarkable is that, according to a database of NFL arrests nationwide created by the San Diego Union-Tribune,
the last arrest of a current Detroit Lions player was in 2008, when Kelvin Pearson was arrested on felony battery charges (that were later dropped).

Consider this: there were seven arrests of current Detroit Lions athletes from 2001-2011. There have been six just since January.

“We are extremely disappointed in the reports involving Aaron Berry and the incident in Pennsylvania this past weekend,” the Lions said in a statement released last weekend. “This is not the standard of behavior we expect from any member of our organization. We have strongly and repeatedly emphasized the need to be accountable on and off the field, which makes this incident with Aaron all the more disappointing. We will have further comments regarding this situation when appropriate.”

The Detroit Lions are coming off a 10-6 season and the team's first playoff appearance since 1999. Coach Jim Schwartz took over the team in 2009.

PHOTO GALLERY
Detroit Lions Players Get In Trouble With The Law During The 2012 Offseason
Download
Calling all HuffPost superfans!
Sign up for membership to become a founding member and help shape HuffPost's next chapter
Join HuffPost 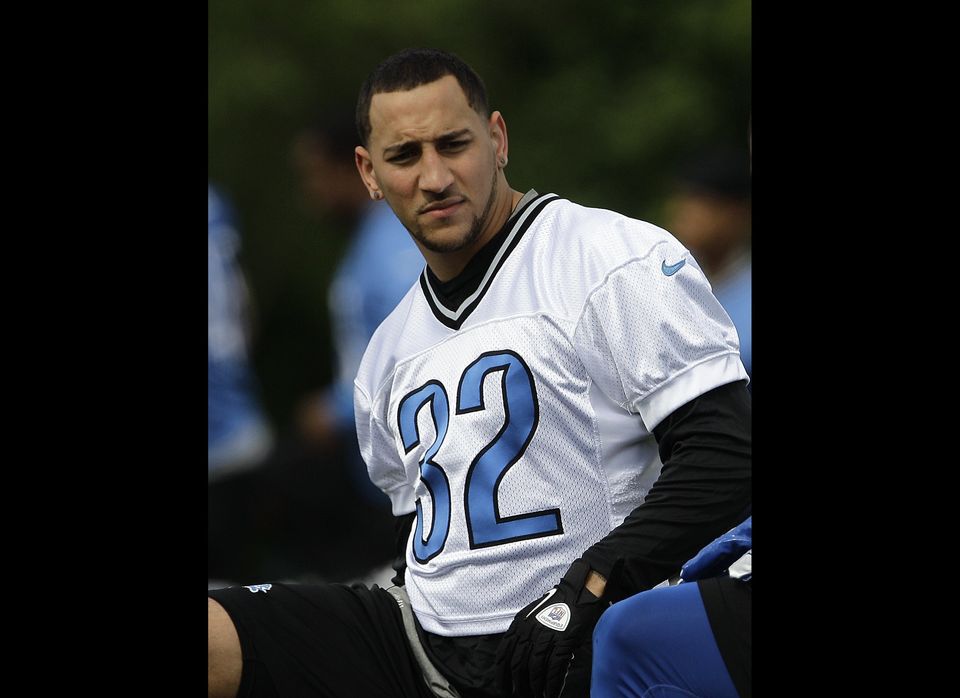 1 / 5
Aaron Berry
This photo from June 4, 2012 shows Detroit Lions football cornerback Aaron Berry (32) during NFL football practice in Allen Park, Mich. Police in Harrisburg, Pa., say Berry faces DUI and other charges stemming from a weekend accident in his hometown. Authorities say the 24-year-old, who played college ball at the University of Pittsburgh, was arrested around 4 a.m. Saturday, June 23, 2012, after driving his vehicle into parked cars and attempting to flee. (AP Photo/Paul Sancya)
AP