Former teen heartthrob Aaron Carter, 22, posted some ripped photos of himself on Twitter. He got famous as the little brother of Backstreet Boy Nick Carter and has since had albums of his own and appeared on 'Dancing with the Stars.'

The first photo Aaron posted on October 5 is a little scary and strained as he flexes, accompanied by the comment, 'I've been at Johnny Wright's compound working on my mind, music, and body for a new album release!'

He followed up Saturday with the second shot. 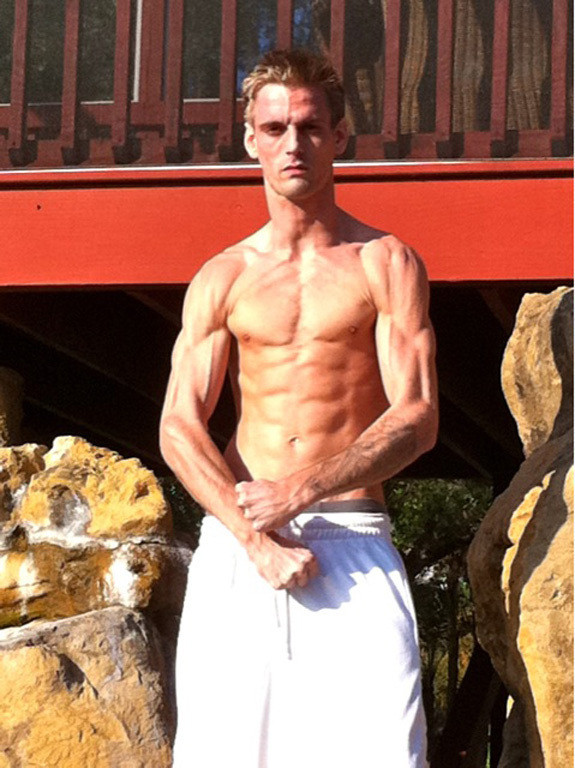 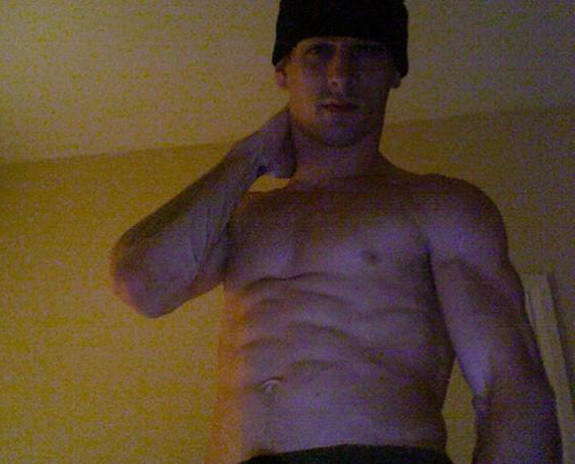