What do you get when you mix Francisco de Goya's taste for horror, Nickelodeon's passion for the playfully grotesque, and the contents of an abandoned laundry machine? The sock paintings of an artist named Aaron Johnson. 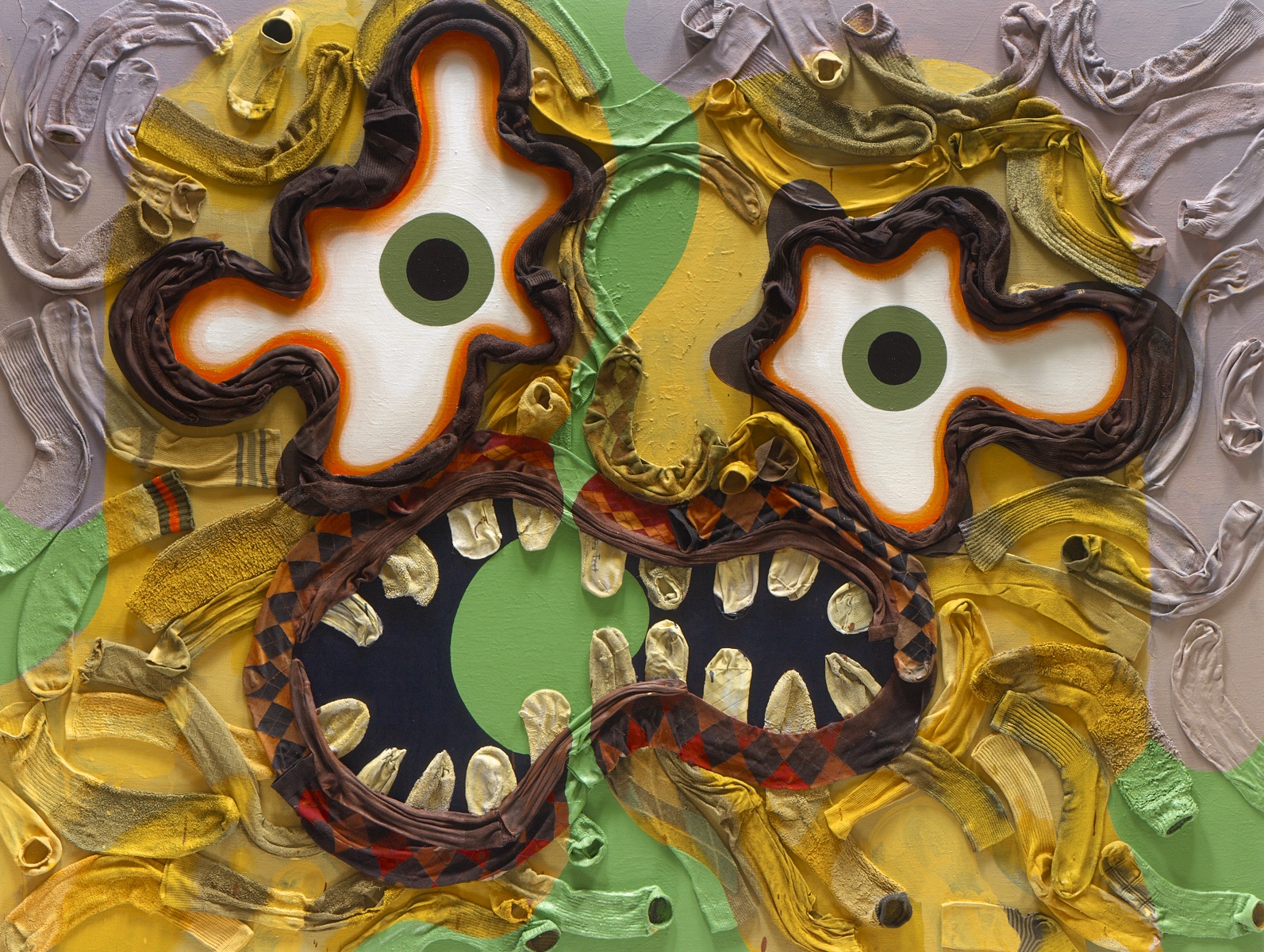 Johnson turns crusty old foot garments into an unexplored artistic medium -- a three dimensional impasto as effective as it is self-ridiculing. In Johnson's words: "The sweat-soaked, toe-nail-torn, holey socks create a painterly surface punctuated with orifices, phallic bulges, and a swirling seductive physicality."

Simultaneously accurate, poetic and laughably overblown, Johnson's words mirror his artwork's ability to prove a point and make a joke at the same beautiful time. 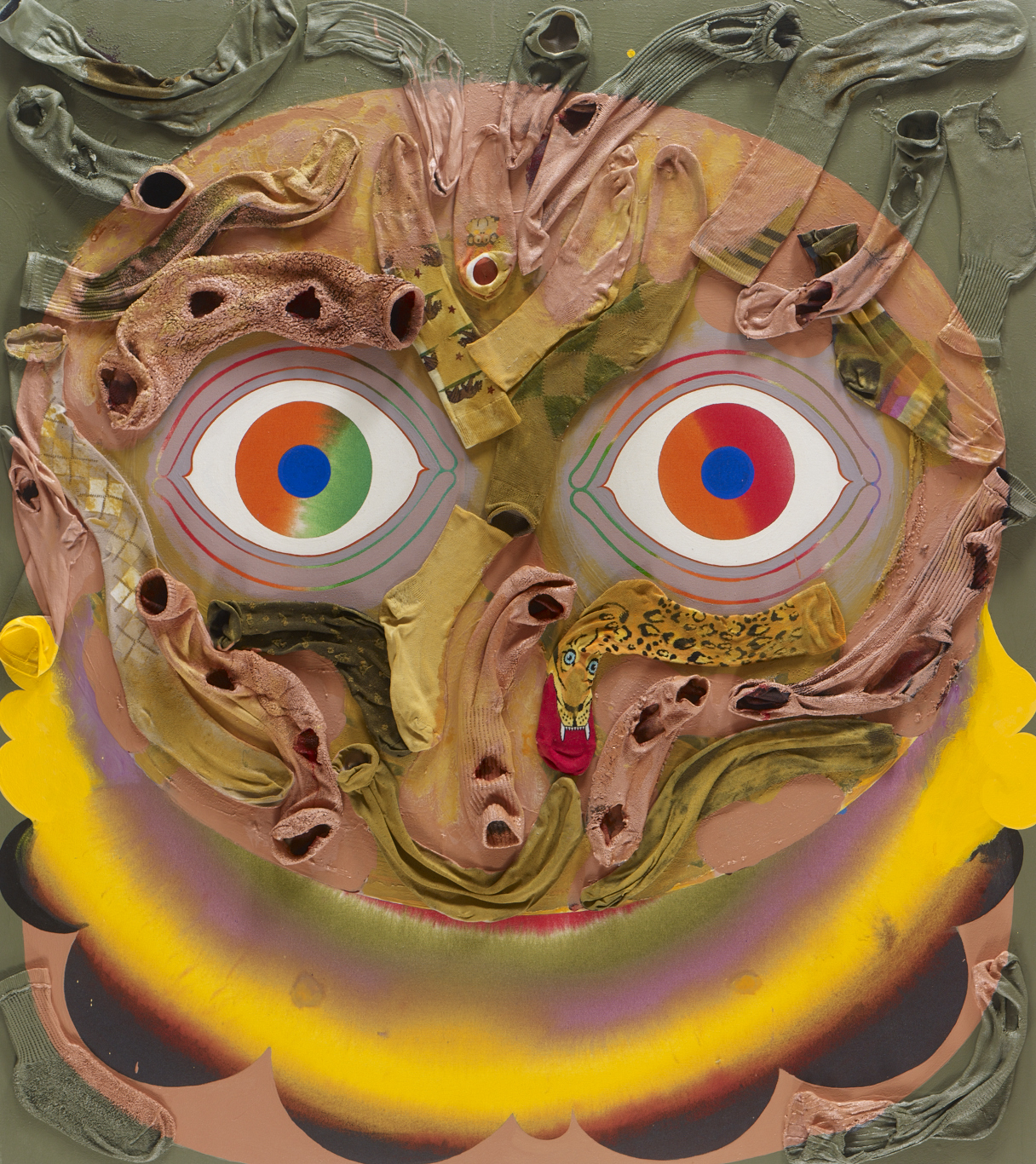 "'As I stare at this painting, it stares back at me, and as I stand here in my two socks, so does the painting hang there in its many socks,'" Johnson recalled in an email to the Huffington Post Arts. "That seemed absolutely absurd, and therein somehow startlingly profound." And then, we'd like to add, absurd again, which is part of Johnson's charm.

For his "Sock Painting" series, Johnson called out for sock donations through social media, exchanging used socks for original drawings. The socks he received, despite their banal former lives, possessed ghostly qualities, containing within each fiber the DNA, the steps and the stories of so many friends and strangers. When looking at Johnson's squirming socks it's hard to tell if he's stumbling upon their hidden spirituality or has completely lost his mind. We're pretty sure, however, this is all part of his plan.

Be warned, some sock art is NSFW. (We never thought we'd say that.) 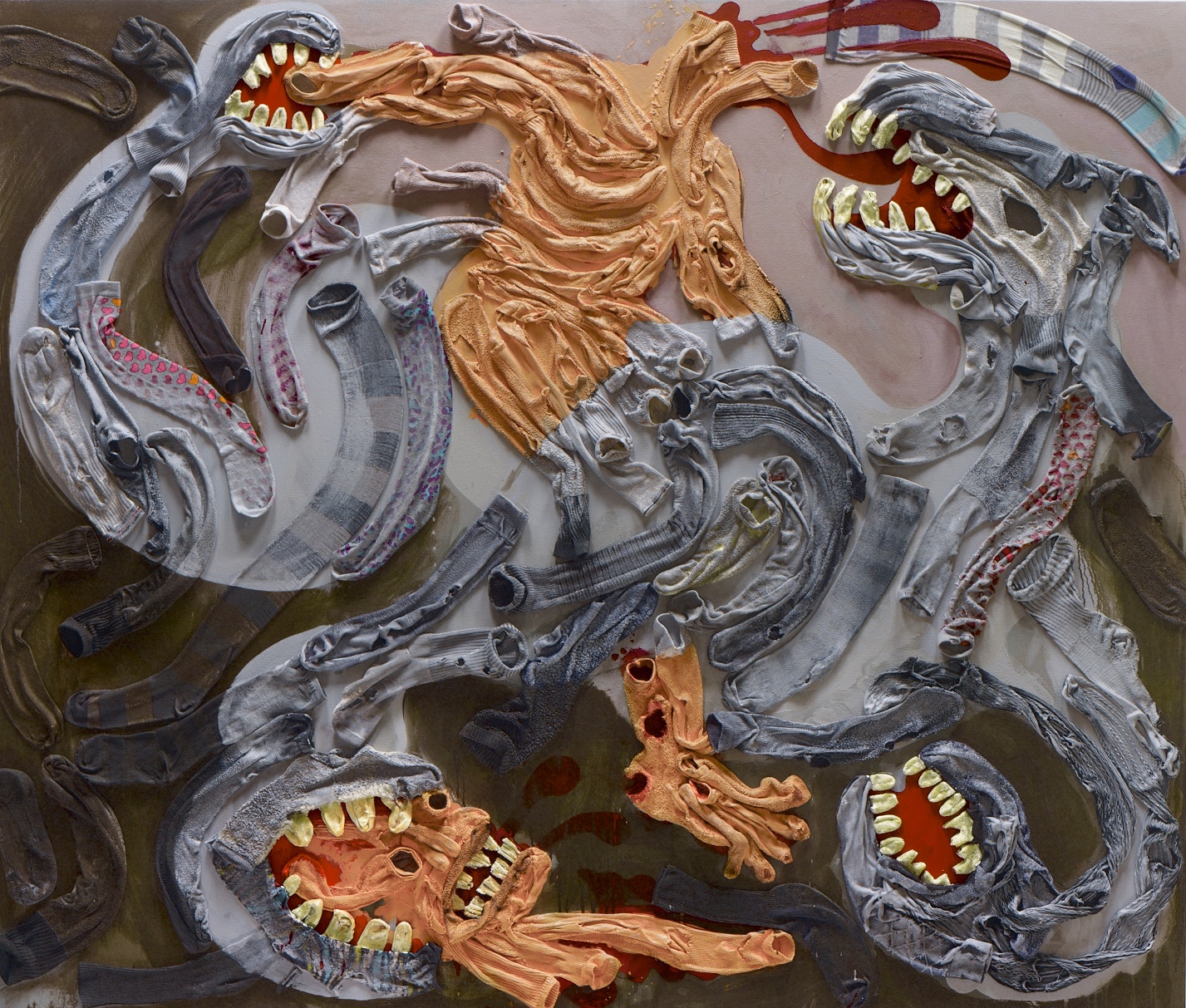 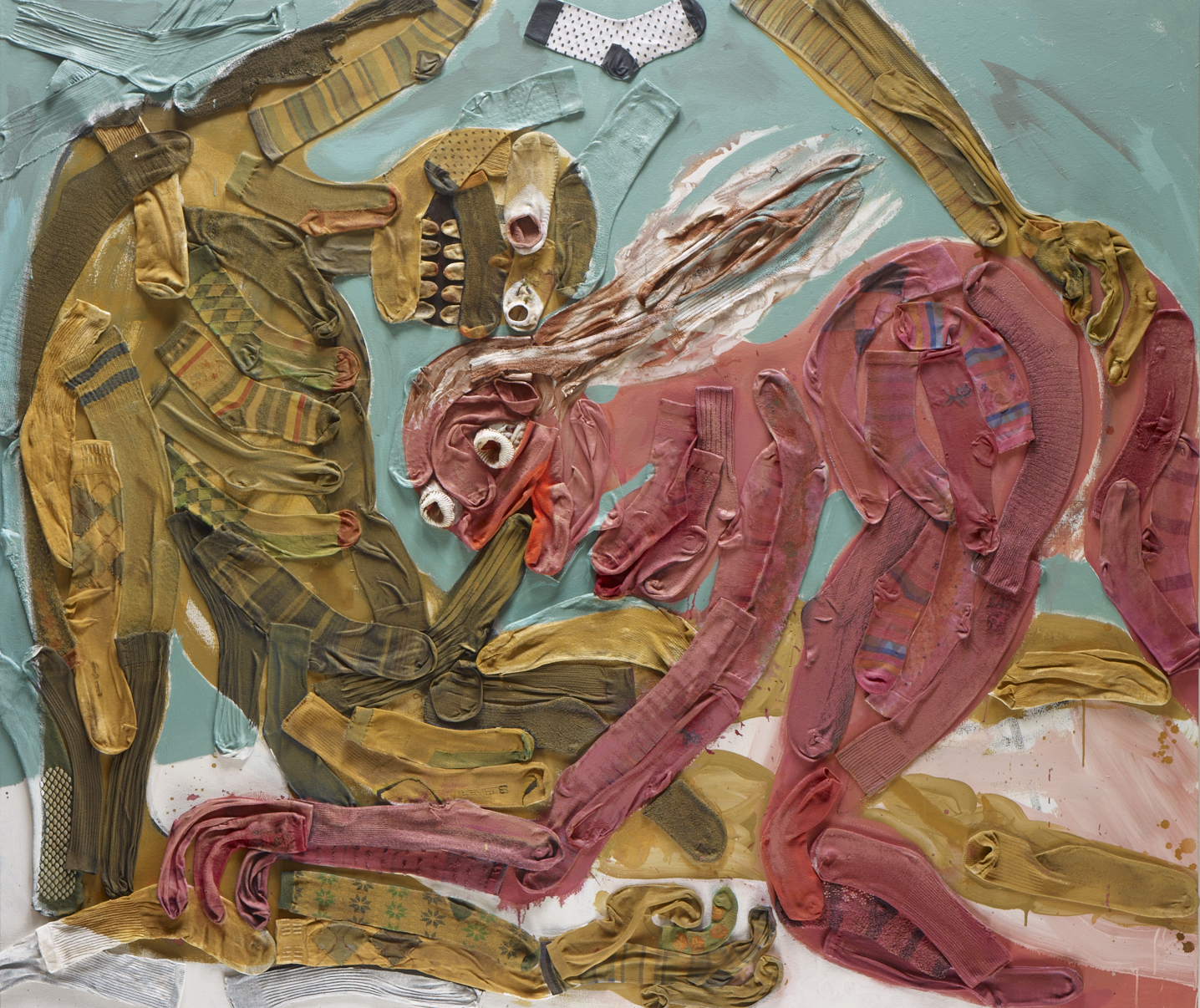 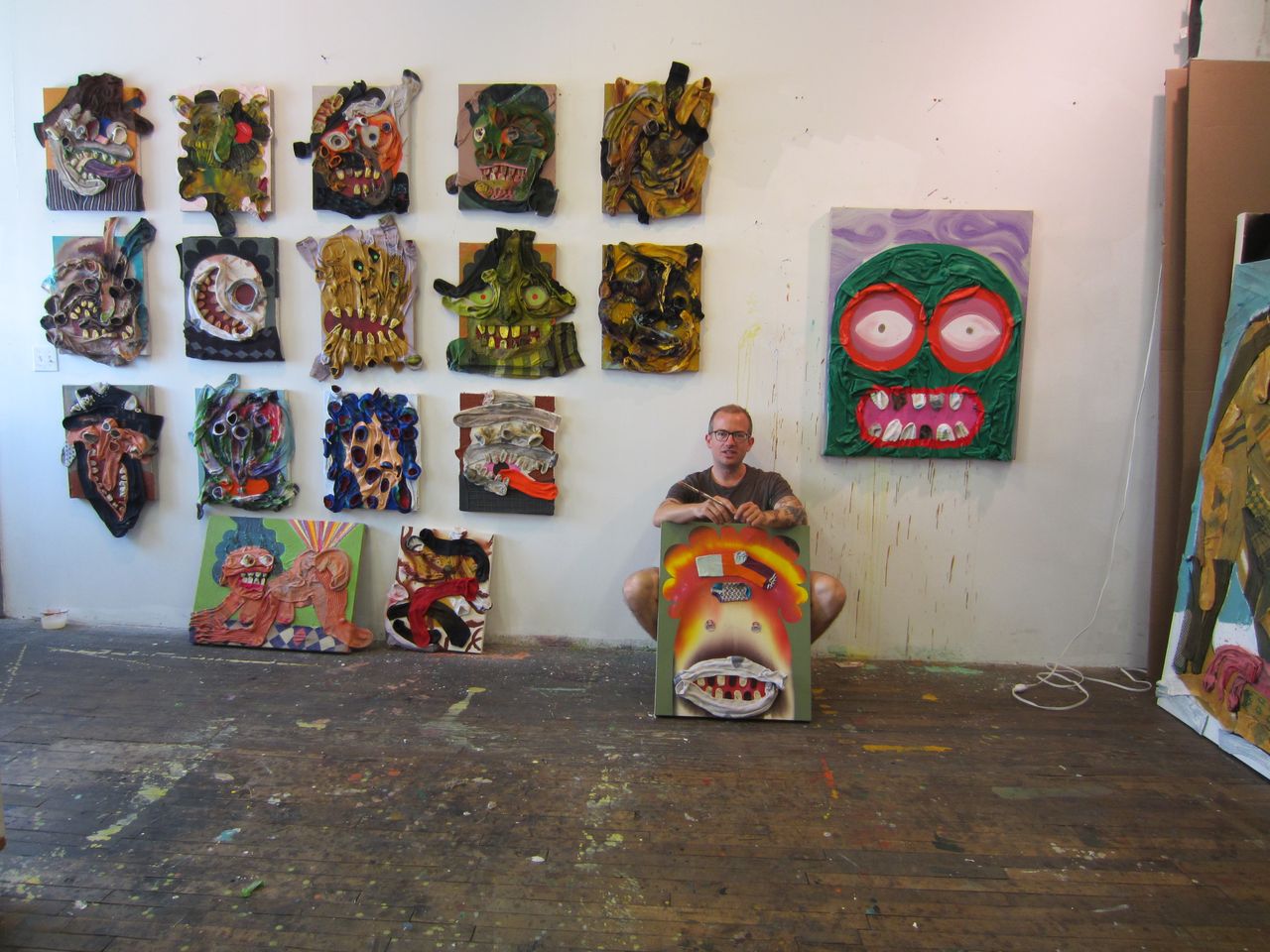 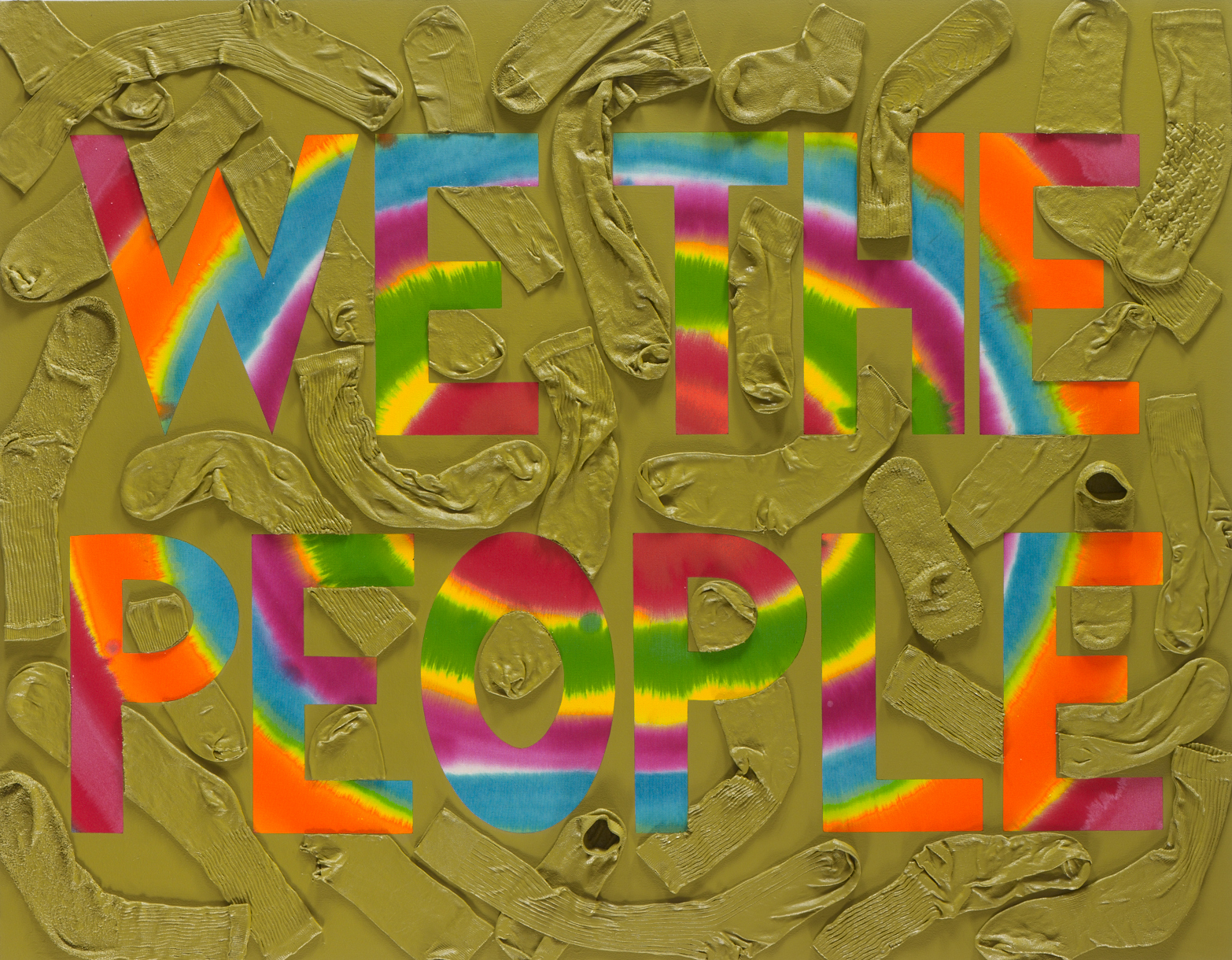 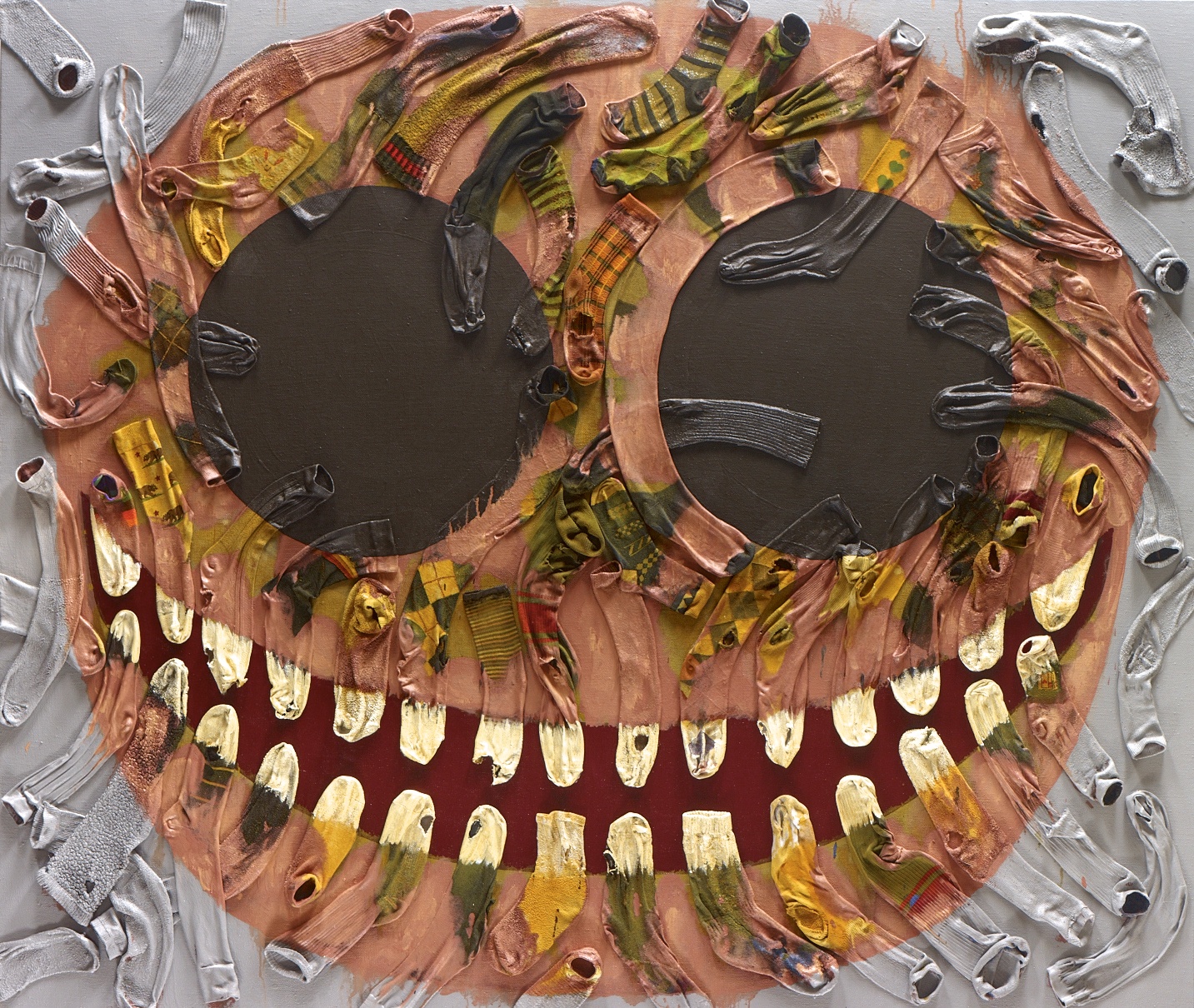 "Sock Paintings" will run from October 11 until November 16, 2013 at Gallery Poulsen Copenhagen.