A Southern California man was sentenced Monday to 10 years in federal prison for operating medical marijuana dispensaries, even though they are legal in the state.

Rancho Cucamonga resident Aaron Sandusky, 42, ran three Inland Empire dispensaries known as G3 Holistics. “I want to apologize to those with me and their families who have been victimized by the federal government who has not recognized the voters of this state," Sandusky said in court Monday. His G3 dispensaries served 17,000 medical marijuana patients, according to marijuana advocacy group Americans for Safe Access.

The U.S. Attorney's Office said Sandusky was abusing the state system on a large scale -- with at least 1,000 marijuana plants -- and making a large profit. In a memo, prosecutors said Sandusky is an "unrepentant manipulator who used the perceived ambiguity surrounding 'medical' marijuana to exploit a business opportunity for himself."

Sandusky "used G3 as a means to replace the vast income he lost from the collapse of his real estate business," the prosecution memo continued. "Defendant built a veneer of legitimacy around his criminal enterprise using his customers' good-faith search for pain relief. There is absolutely no altruistic component to defendant's continued and sustained criminality."

Kevin A. Sabet, former senior White House official in charge of drug policy, told HuffPost that the sentencing was appropriate because Sandusky was "exploitative." "People aren't supposed to parade around with a green cross slapped onto their storefront when they're really just about distributing marijuana to anyone who can pay $100 to get a card," Sabet said. "Even advocates admit that it's a ruse."

But Sandusky "still feels really strongly … that what he was doing was right," said his girlfriend, Darlene Buenrostro. "He's very passionate and very caring and generous, and everybody that is here to support him has been witness to that," she said in the video above, referring to about a dozen supporters who came to the courthouse Monday.

The U.S. Attorney's office had sent Sandusky letters in October 2011 warning that the stores violated federal law, and, in response, Sandusky closed two of them. The next month, federal agents raided the remaining store, in Upland, twice. They seized marijuana plants and $11,500 in cash, effectively wiping out Sandusky's business.

With medical marijuana legal in California since 1996, but illegal under federal law, Sandusky's case came down to the ruling of U.S. District Judge Percy Anderson. Because of the amount of marijuana involved, Sandusky received the mandatory minimum sentence of 10 years in prison.

Anderson said in court Monday that Sandusky had "kind of lost his way about what's right and what's wrong -- his moral compass."

Thom Mrozek, a spokesman for the U.S. Attorney's Office in Los Angeles, told HuffPost that a federal judge must consider federal law, not state law. "Under federal law, marijuana is illegal. When there is a conflict with state law, federal law takes precedent," he said.

California's four U.S. attorneys launched a crackdown on the state's marijuana dispensaries in 2011, and hundreds of retail stores have shut down. In September 2012, the feds began to focus on shutting down pot shops in LA, where more than 700 dispensaries operate.

"We have had more than 90 percent compliance with owners shutting down when warned, and we'll continue to shut down more," Mrozek told HuffPost. "Sandusky refused to come into compliance with the law."

Judge Anderson did not allow Sandusky to claim entrapment based on the public statements of President Barack Obama and Attorney General Eric Holder about medical marijuana.

Throughout his first campaign, Obama had said he wouldn't use federal resources to circumvent state laws about medical marijuana. During a 2009 press conference, Holder followed up on that promise, saying that federal raids on medical marijuana dispensaries would end unless the shops violated both state and federal law.

But Angell said that is still inconsistent with Obama's promise to stay away from states where pot is legal.

"President Obama is not only sitting by and letting this happen, but is able to keep generating great headlines by saying things like how his administration has 'bigger fish to fry' than marijuana users in states where it's legal," Angell said. "All we need is for the president to match his administration's actions with his great rhetoric. Is that too much to ask?"

Sandusky has started a petition at whitehouse.gov to request a presidential pardon. His petition has 5,878 signatures and needs 19,122 more by Jan. 16 to reach the goal of 25,000. Sandusky's lawyer said he will take the case to the Ninth Circuit Court of Appeals. 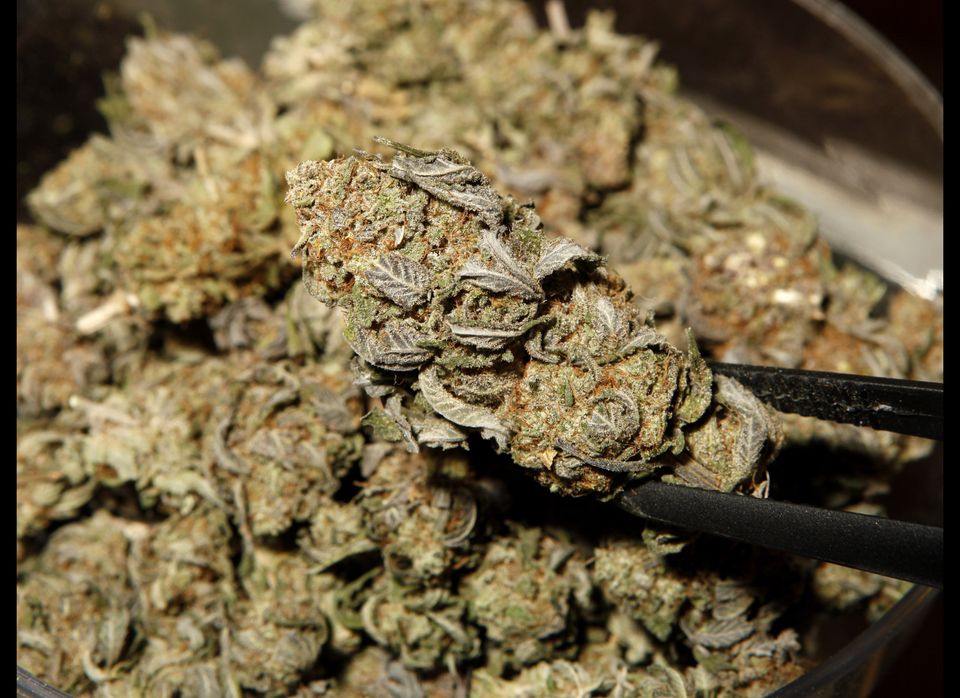