Illinois' Republican Congressman Aaron Schock may be better known in many circles for his ripped abs than his policy-making, and in Tampa this week he gave GOP vice presidential candidate Paul Ryan some advice drawn from his non-political experience.

"I think Paul's in great shape," Schock told TMZ cameras in Tampa. (Watch the exchange above.) "I think a little bit of a leaner attire would help accentuate that physique that he works to maintain."

Schock's advice followed a series of jabs directed at Ryan's wardrobe, which has been described as noticeably ill-fitting by multiple news outlets since he took center stage as Mitt Romney's running mate.

Schock went on to explain that Ryan works out "for the right reasons, too. It's not all vanity," he told TMZ, before explaining that Ryan's family has a history of health issues.

Earlier this week, Schock told The Huffington Post at its RNC Oasis that he works out for two-and-a-half hours every morning with a combination of running, swimming, P90X and free weights, which he called a necessity.

In 2009, Schock was named the "Hottest Freshman" Congressional Representative by HuffPost readers.

Check out more style shots from the GOP Convention: 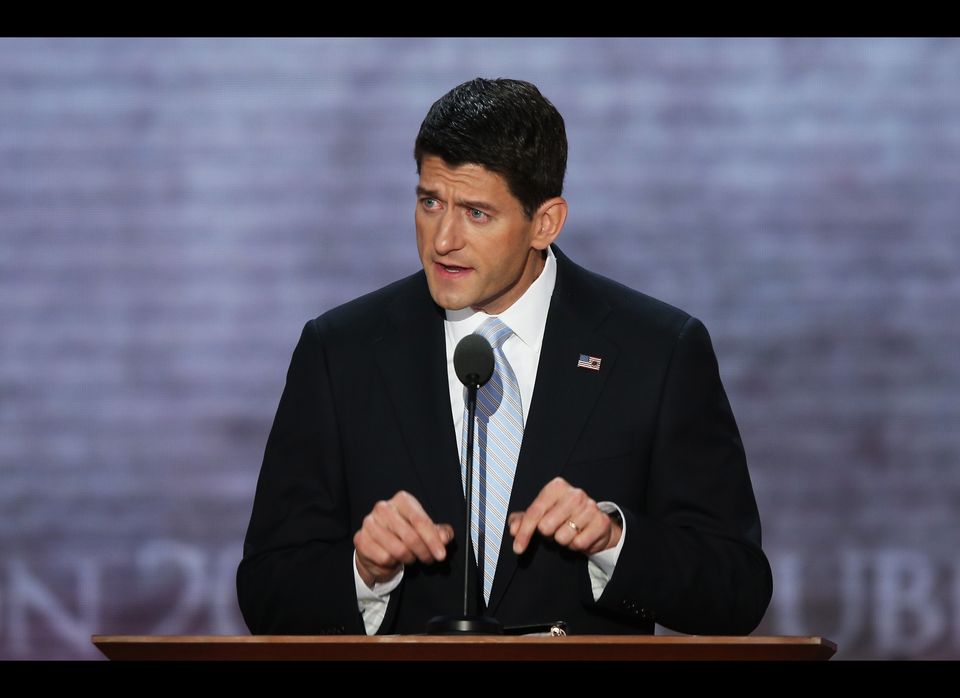