The common law has a tort that allows an aggrieved party, a spouse or a lover, to sue for alienation of affections. Derived from English common law, it has been abolished in all but seven states.

The most obvious targets for lawsuits were lovers who had taken the loved one from a marriage and made away to some new love nest; there to pursue, well, you know.

But it wasn't just the third party in a love triangle who could be sued. It could be a priest, a psychiatrist, or even a family member who had advised a change in the marriage or its equivalent.

Clearly, alienation of affections isn't what the U.S. Chamber of Commerce has in mind when it cries out for tort reform.

My interest in this kind of lawsuit is practical. I wonder if there is an obscure tort that would entitle me to damages from the AARP. I want millions of dollars from the giant nonprofit organization for making me old. That's right, old!

The AARP is in the business, besides selling insurance of all types, of alienating us oldsters from our sense of well-being, of the sense of triumph that has brought us this far. It wants to deny us one of the great joys that all of us in our Viagra years should be entitled to enjoy: the pleasure of ridiculing the younger generations.

Ah, the rapture! How can the young'uns, with their eyes glued to cell phones, know the thrill of the chase in the good old days? How can they know, in the these days of the Internet, what it was like to pursue the blue passages of literature that led us to John Donne, Sir John Suckling and Frank Harris? They don't know what spats were, or the pleasures that were to be found at a drive-in movie with the girl next door. 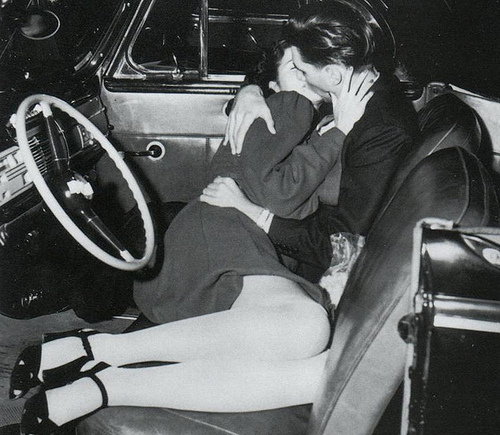 The AARP wants to take away the comfort of reminiscing; wants to rob us of the joy of old-age superiority, and the satisfaction that comes from of looking down on those who aren't gifted with mileage of time. Damn the AARP! The elephantine organization seems to want to make us old so that it can sell us stuff: insurance, cell phones, walk-in tubs, and funeral packages.

For evidence, and at random, I bring you the latest edition of the AARP Bulletin, a publication which, in the good old days, would have been banned in Boston. It's a sampling of how the AARP is out to disquiet me and everyone else who has reached the Age of Enlightenment, which lies somewhere north of 65.

The cover sets the tone of latest issue. It features brain health, or how you can find out if you are losing your marbles. Inside, it has a quiz that anyone over d'un certain age who takes it will be reminded that they can't remember little things like where they put their car keys, or that they made "a doctor appointment for a check-up months ago but completely forgot it." Clearly signs that one is on the slippery slope of dementia.

Oprah Winfrey is on the cover, which states, "Oprah Joins Americans Over 50 On a Search for Meaning." Hell, if Oprah hasn't found the meaning that abides in a glass of single malt whisky at her age, I doubt anyone can help the poor dear. But does she have to take us with her, tramping through the forests of "whys" and "what ifs"?

If all the philosophers, clerics and gurus who ever lived can't answer these questions, can we trust Oprah to answer the Big Question? Take a cruise, lady. It works for most of us.

Also in the bulletin, the AARP wants us to worry about "the frightening prospect of cyberattacks" on the electric grid. Really, we care more that we can't work the electric gizmos that we have charged up in the best of times.

As to the ads, they focus on terminal illness, immobility (Want a stairlift on Medicare?), money shortage, and are so depressing that you wonder why we don't collectively drink the Kool Aid. The AARP will sell that to us, too, probably.

The AARP has upped my anxiety and alienated me from the fun of being old. I want to sue. -- For InsideSources.com