“ASSEMBLAGE“ is an inquiry into the different ways artists utilize performance and technology to explore and express different notions of identity. An effort to push forward marginalized artists with a focus on people of color, non-western nationalities and those along the queer/trans spectrum, “ASSEMBLAGE” provides a platform for analysis of how art and performance intersect with the lives of these individuals who are visibly and openly existing in the digital age. This is the sixth installment.

AB Soto is a queer artist and musician whose work complicates the boundaries of fashion, performance and identity. Having grown up as a Latin boy in East Los Angeles, Soto's music is heavily informed by both his ties to Mexican culture and his background in dance and fashion design.

Heavily visual, the work of AB Soto was birthed from his refusal to fit into the stereotypical categories and roles Hollywood tried to force him into as a working Latin professional. After continually hitting walls that didn't allow him to live and work authentically in Los Angeles, Soto took a step back and began focusing on what he truly wanted to accomplish as an artist and performer.

"I've always wanted to redefine what it means to be gay, as well as what it means to be Latin and gay in these times," Soto told The Huffington Post. "So I do a lot of that in my work -- I try to kind of play around with the idea of 'this is what you think I should look like.' Well, I’m going to spin that around and create a dialogue as to what people think any stereotype should look like. It’s more like a commentary that I’m trying to create."

At the heart of Soto's work is a complication of both queerness and gendered expectations of masculinity prevalent in Latin culture. Soto refuses to be categorized or relegated to a specific mode of performance or genre of music. As a result, viewers can see influences of not only his Latin heritage, but also rap, house music and dance music within his highly-visual work.

"Both of my parents are from Mexico so that makes me 100 percent Mexican but born in the U.S.," Soto continued. "Especially in my latest album, for me, I wanted to go back to my heritage and kind of really embrace where I came from -- a low-income household, growing up in the hood and learning to be comfortable with my sexuality. I feel like I want to come out as a gay designer, as a dancer. I want to come out in a variety of different genres of music. I want to be openly gay in all of those areas. But at the same time the last thing that I really needed to do was kind of go back home and really come out to my roots. So, in particular with this album, I’m kind of challenging my Latin community to consider: 'Hey, this is who I am. This is who we are and there’s a lot of us out here. Here I am.'”

Soto aaims to disrupt historically straight or heteronormative genres of music or ways of being in the world through his work. Beyond just the scope of Latin culture, Soto wants to challenge mainstream ideas surrounding what different artists should like and talk about in their work. This can be seen through the layers of nuance in Soto's fashion and lyrics, as well as the overarching brand of AB Soto as a whole. 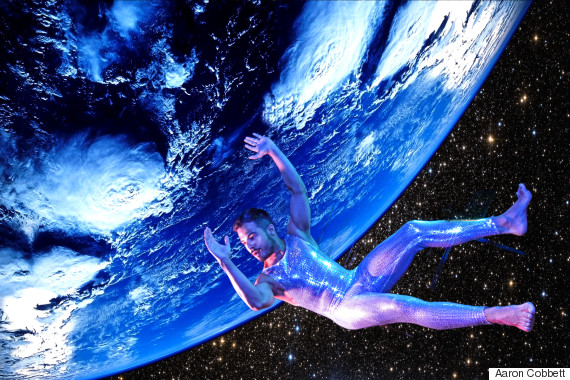 Throughout all of this, the Internet has played a formative role in the development and success of AB Soto. Social media and YouTube gave Soto a platform to connect with fans and present his work in an authentic way without having to meet the expectations of a contract or business deal. Both the Internet and technology allowed Soto to maintain agency and control over his image and brand and, in turn, generate a dialogue surrounding the way he pushes cultural expectations surrounding queerness and identity.

"The Internet has basically made it really easy to create authentic art because you're just one upload away from posting a photo or a music video that says who you really are," Soto elaborated. "It's an immediate contact to the world, if you will, and the fans ultimately are the ones that dictate what they like. Nobody likes to be advertised to, nobody wants to feel like they're forced to listen to a specific artist for however many years -– it becomes really easy to create a fanbase that’s genuine and authentic and it’s not purchased through advertised money... if I were to wait for a label to sign me under my terms I’d still be waiting for that. They want me to be another stereotypical, Latin recording artist. I could’ve sat there and tried to change their minds or I could just go balls to the wall and create my own work and let the public decide for themselves. The Internet helped a lot with that."

Soto is currently in Los Angeles promoting the release of his new album "MR. SOTO," a body of work exploring the nuances of being a queer person of color navigating the spaces and industries that Soto operates in.

"I think that we are all complex," Soto continued. "That is, if we allow ourselves to be complex and think outside of the box and try a little harder to not be so one dimensional. For me, if I put that out there I hope I can inspire other people to be just as evolved."

Want to see more from AB Soto? Head here to visit the musician's Bandcamp. Missed the previous installments in ASSEMBLAGE? Check out the slideshow below 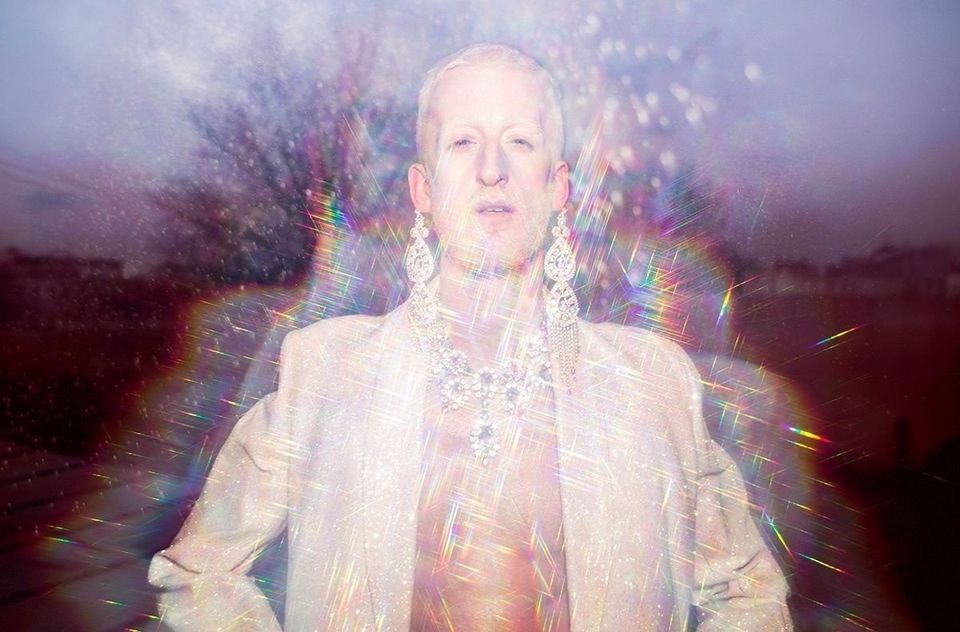 1 / 7
NEOCAMP
<a href="https://www.huffpost.com/entry/nepcamp-assemblage_n_6911512" target="_blank">"I’m really interested in this idea of traditional camp as being this mode of operation for queer culture as a way of debunking the straight patriarchy. There's a lot of commonalities between traditional camp sensibilities and contemporary web culture -- using these ironic tropes as a way to subvert these mainstream systems. Meme culture, in particular, is inextricably linked to this history of camp... there’s so many links for me between these kind of drag sensibilities and queer performance as entertainment and this kind of avatar online experience." --NEOCAMP, Queer Artist and Musician</a>
Michael Burk