Some things must be lost for decades in order for us to appreciate their real value later in life.

That was the case for Pekka Nummelin, a carpenter born and rasied in Mikkeli, Finland, and his first car that he abandoned in the woods behind his parents house, 40 years ago. He originally bought the seafoam green 1967 Ford Anglia to help him get to and from his first job while still living at home in his early 20s, his son Tommi Nummelin told HuffPost in an email.

However, the car struggled through the cold Finnish winters as Pekka drove 20 miles each day on dirt roads. When the upper radiator hose came lose, spraying anti-freeze all over the road one night, he assumed it was leaking and filled the compartment with water. The water partially froze the cooling channels overnight, preventing the engine from starting the following morning. Once Pekka and his brother tow-started the Anglia with a tractor, the icy water in the radiator reached the hot engine, cracking the block and killing the poor car right there on the spot.

"My uncle helped my dad by towing the car in the woods behind their house," wrote Tommi. "Dad bought another Anglia ... leaving the old sedan behind for spares."

After his parents died and his remaining family members moved away, Pekka relocated to the other side of town and built his life with Tommi's mother. However, his parents' property and all that remained on it was never sold, left untouched and isolated.

Last weekend, the family was discussing cars when his father said his old Anglia was probably sitting right where he left it in 1974. So they decided to then pay the old house a visit -- only 20 miles away from their new location -- and see if the car was still there. 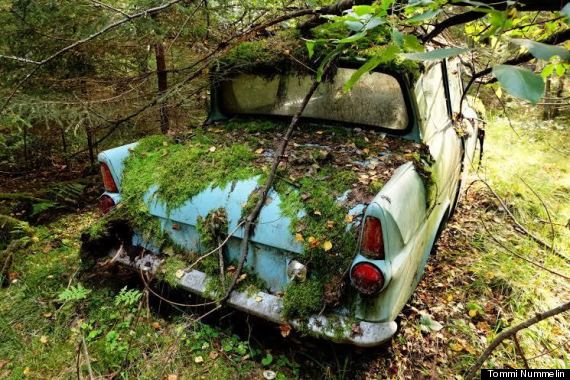 "After walking for some minutes through the forest that has slowly been growing the last 40 years, we found a small mossy patch in it where he had left his car," Tommi told HuffPost. "The Ford was in better nick than anyone really expected. Because of the remote location, all glasses and lights (except one that was smashed during towing) were intact." 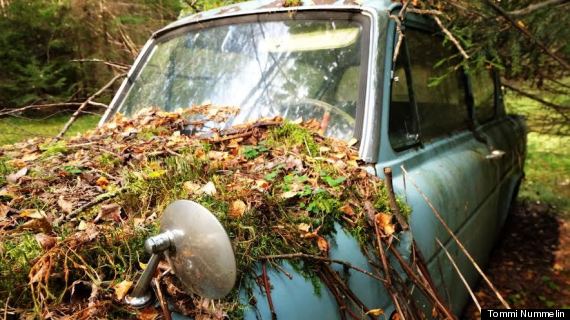 From the pictures Tommi initially posted on Reddit, one can tell that the paint is still in good condition, and the chrome pieces look nearly perfect. However, Tommi said that the car has sunk almost six inches into the ground, likely rotting the bottom of the car. 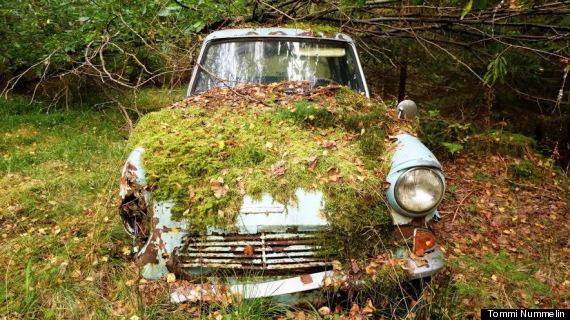 The men plan to return soon with a shovel and lock-picking tools to check out the interior of the Anglia -- it seems that Pekka lost track of the keys over the years as well.

What Is The Last Photo You Took On Your Cellphone?