When we come across photos of forgotten homes, they usually leave us totally stunned and full of questions. And we're clearly not the only ones who find these images captivating. We stumbled upon photographer Daniel Marbaix's Flickr site, chock full of eery pictures like these from an abandoned doctor's house.

These photos have us wondering what happened to the doctor who once lived and worked in this mansion with the grand staircase. Why were the master bedroom and music rooms left just as they were? And the creepiest discovery of all has to be the medical examination rooms with instruments strewn about. Although some of the photos appear to have been staged, the cast-aside items help us imagine what the lives of the people that once filled these spaces were like. 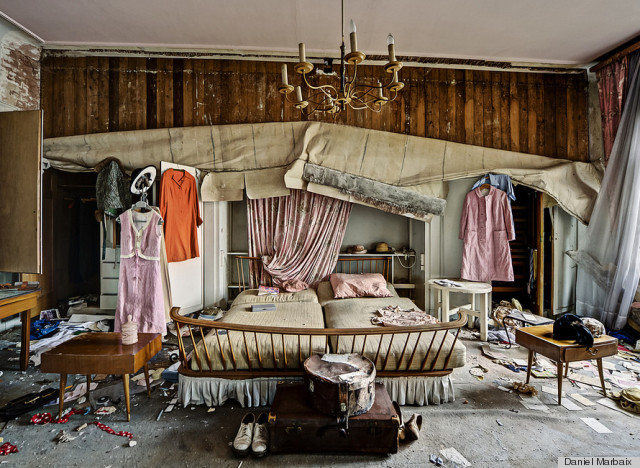 This location, along with many others, are featured in Marbaix's book he co-authored with Daniel Barter called "States of Decay: Urbex New York and America's Forgotten North East." Besides from homes, the two photographed neglected structures like power plants, hospitals, schools, theaters, prisons, factories, and hotels.