The short drive from the armed checkpoint to the assigned parking area reveals large abandoned buildings and sidewalks overgrown with grass. Several cars are parked in the area overlooking a training course, a fenced off area and large building with no windows. Another guarded checkpoint offers access to the living area.

Soldiers, trainees and volunteers work digging holes, cooking meals and reconstructing a building. Rubble mixed with glass and wires fill the three-story building where men work to improve their living conditions. A little boy wearing a red helmet helps his father by moving discarded stones into a pile. Right now the group of 50 live in tiny temporary housing with 8 men per room, sleeping in bunk beds and one shared bathroom with limited water.

The new kitchen is almost complete and the temporary kitchen is outdoors and happy to accept food donations. Mechanic volunteers are also welcome to help reconstruct vehicles damaged in the war zone. One section of the old factory is designated for vehicle repair while others act as training rooms for combat, strategic operations and gun handling. Civilians and even other battalions are also welcome to come and participate in training.

Former metalworking factory ATEK has played a significant role since the beginning of the conflict on November 21st 2013. It housed weapons and titushki at the beginning of 2014 before it was leased to the Azov Battalion in December 2014.

The infantry military unit consists of volunteers with right-wing ideals. They belong under the branch of the National Guard of Ukraine and have around 1,000 men. They participate in ATO operations and have participated in many battles in Eastern Ukraine.

Since December 2014 Azov members have worked to transform the abandoned factory into a base where they could live, train and help the Ukrainian military. They also agreed to pay off Atek's debt in exchange for use of the space. But since July 2015 the state-own Fiscal Service of Ukraine has been trying to quietly hand the factory over to a Russian company KVV. KVV have been affiliated with separatists of the self-proclaimed Donbass People's Republic and Luhansk People's Republic.

AZOV has staged protests to keep the lease. They do not want the space that they been working hard to renovate to fall into the wrong hands. Especially when the new potential owners could use the space to create military equipment that could then be used against the Ukraine military.

This is especially crucial right now because Atek is the birth place of what is being referred to as the most advanced tank in the world. It is being built by Nikolay Stepanov, a well known chief Engineer and former Head designer for the Malyshev Tank Factory, and his son. If mass-produced, it could play an important part in the war in Eastern Ukraine. 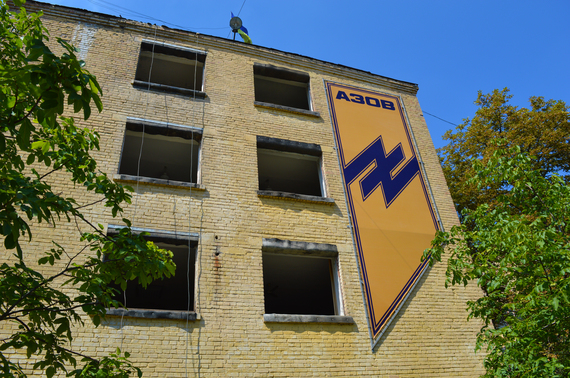 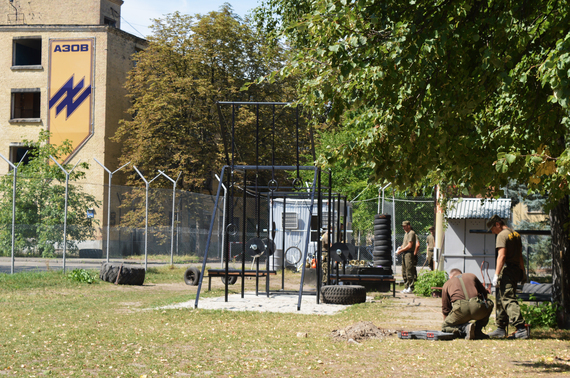 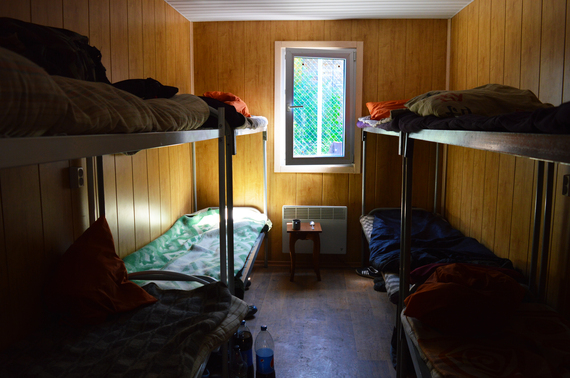 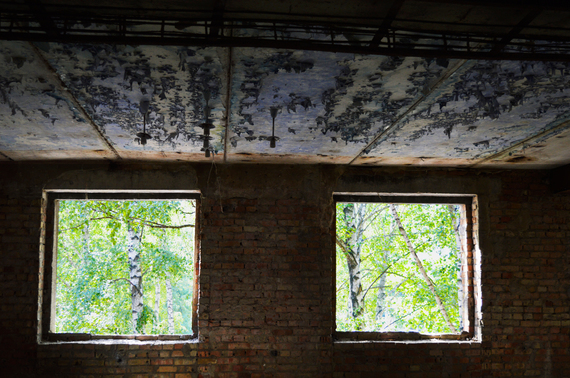