By Nicole Theodore
This article originally appeared on Playboy.com. 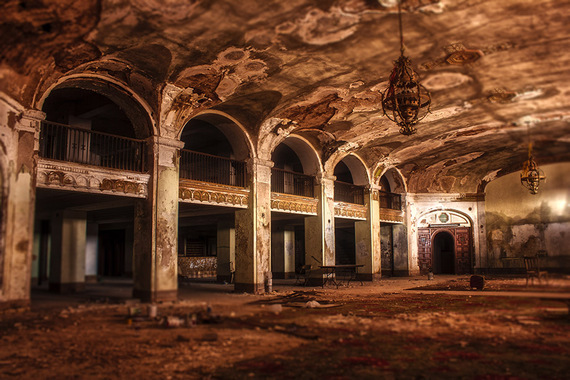 Located in some of the most luxurious and coveted spots around the world, these hotels and resorts used to have guests filing in and out for summer getaways and honeymoons. Now, the only things inhabiting the suites, ballrooms and lavish indoor swimming pools are mold and rodents.

But does that actually make these 13 hotels and resort towns cooler? Hell yeah it does. 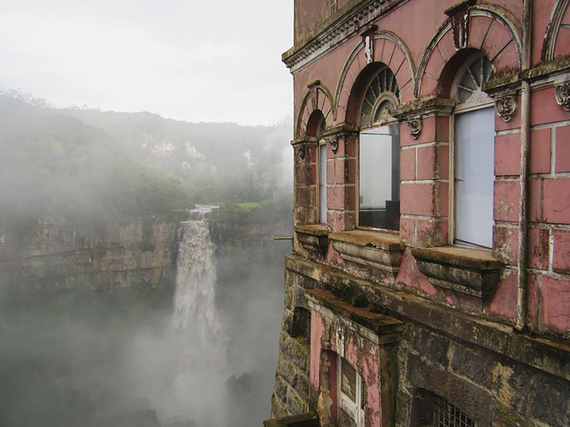 Usually abandoned places go hand-in-hand with also being haunted, and El Hotel del Salto checks both of those boxes. Once a huge tourist attraction to thousands of visitors because of the nearby Tequendama Falls, the hotel closed in the '90s because of the polluted river. It had its heyday in the '20s, but it now has also gained the reputation of being a "suicide spot." 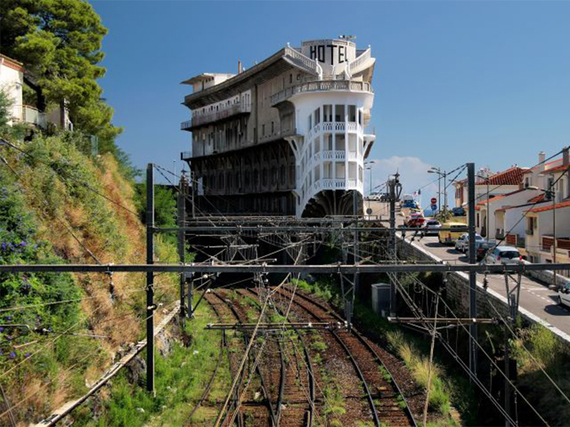 Located in the gorgeous region of Southern France, Hotel Belvédère du Rayon Vert in Cerbère had everything from a tennis court to a ballroom to its own theater. But now the hotel, built in 1932 by architect Léon Baille, sits quiet and abandoned in the city. Most of the hotel is open to visitors though, so you can still get a peek inside the glorious art-deco building. 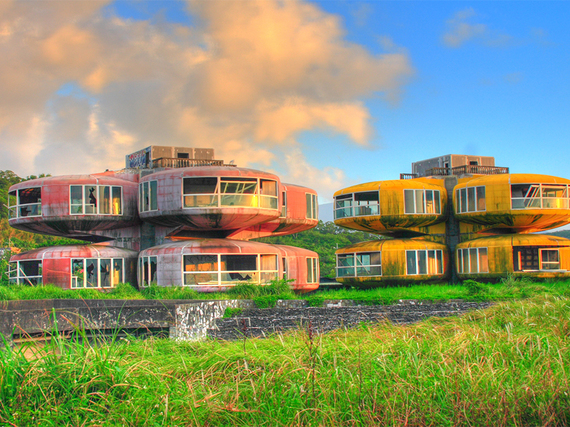 Now a popular tourist attraction in Taiwan, the dilapitated community of strange UFO houses were intended to emulate a futuristic resort town for U.S. military personnel posted in East Asia. The Taiwanese town was built in 1978, and is often referred to as "Pod City." Due to financial losses, lack of investment and a number of odd deaths during construction, the little town was abandoned a year after construction. Now it's a tourist attraction because of how eerily weird it is. 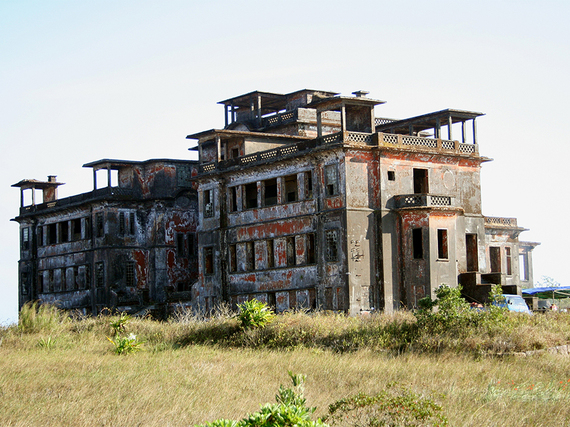 Tourists from all over the world used to flock to Bokor Hill Station, considering it was a thriving French resort town away from the super hot capital of Phnom Penh. The town didn't survive after being abandoned twice though, and soon just became another ghost town. But its decaying buildings and hotels have become huge tourist attractions. 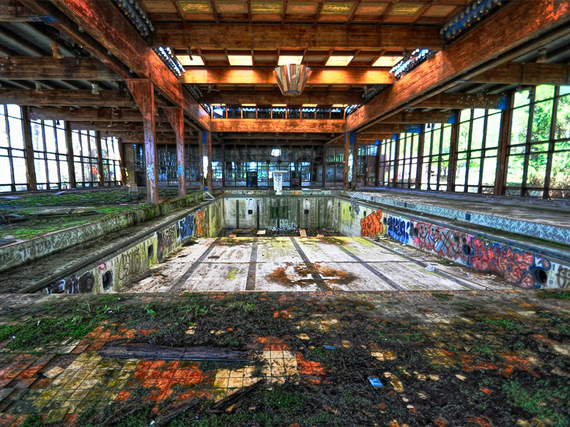 This might be one of the coolest abandoned spots in America. Situated within the Catskill Mountains, the giant resort used to host notable guests from all over, considering it was only two hours from the city and was a popular skiing spot. Complete with its own post office and a landing strip, the resort is now only visited by photographers and graffiti artists. Visitors have found everything from old payroll sheets to sets of old pool chairs next to the indoor pool. 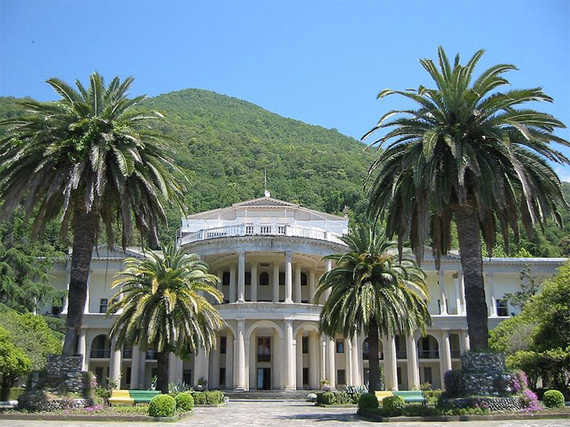 Let's be real -- anything abandoned on the coast of the Black Sea in Russia is going to be super creepy and super cool. Just at the foot of the Caucasus Mountains, the subtropical climate made this resort town a coveted health resort during the Soviet era. Ghost resort town from the Soviet era? Sign me up.

More from Playboy.com:
The 10 Craziest (And Maybe, Most Deadly) Bridges in the World
How To Explore Antarctica from a Private Yacht
10 Haunted Places You Can Actually Go Spend the Night In (And How Much They Cost) 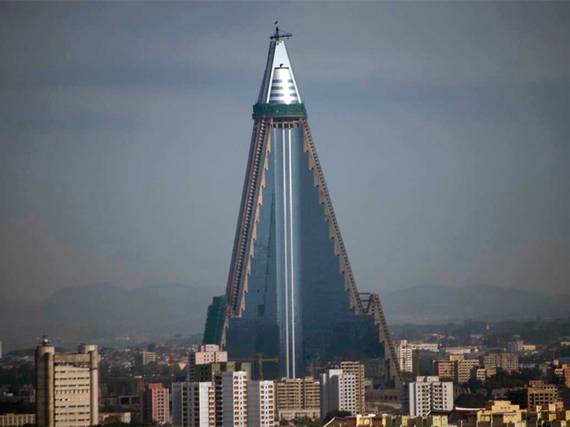 Yeah, I wouldn't plan on trying to get into North Korea as a foreigner to visit this abandoned monstrosity. The 105-story pyramid-shaped hotel is unfinished with an unknown completion date. Plans to finish it keep happening and then getting postponed. It's been referred to as "The Hotel of Doom," and I'm pretty sure that's not a good thing. 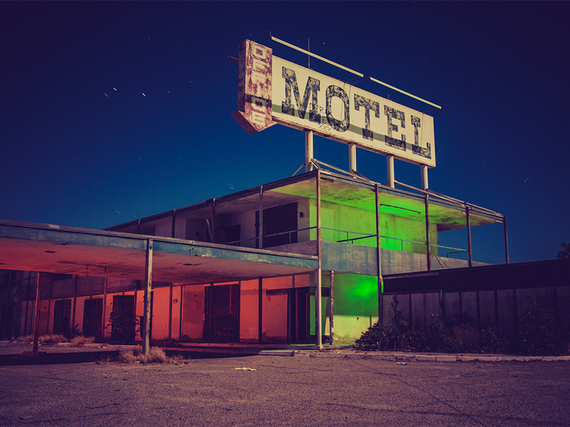 Besides parts of Serbia and Kosovo, this is one of the creepiest towns I've ever visited. The Salton Sea used to be a bustling resort town in the 1950s filled with gorgeous hotels and cottages in SoCal along the beach. After a series of unfortunate events that came with Tropical Storm Kathleen in 1976, most of the town was cleared out. Now you'll be met with the pungent smell of rotting fish, empty diners and abandoned hotels everywhere you look. It's still a ridiculous place to visit though. 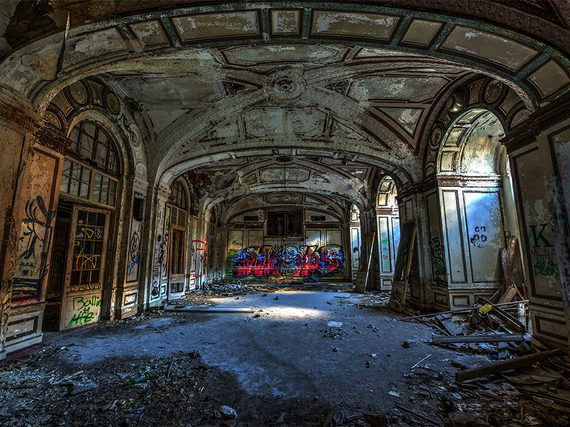 Detroit used to be nice -- I think. Back in 1928, the Lee Plaza Hotel was created as a luxury residential hotel. It brought with it a stunning display of art-deco architecture to the city and contained 15 floors, 220 apartments, a lobby, many dining rooms, lounges and a ballroom. It closed during the '90s though, and it has been pretty much stripped of all its glamour. 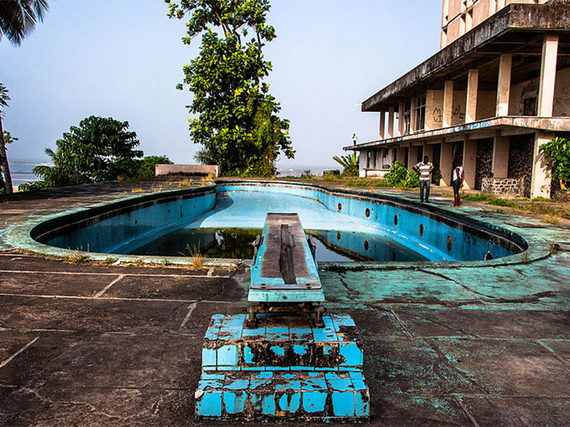 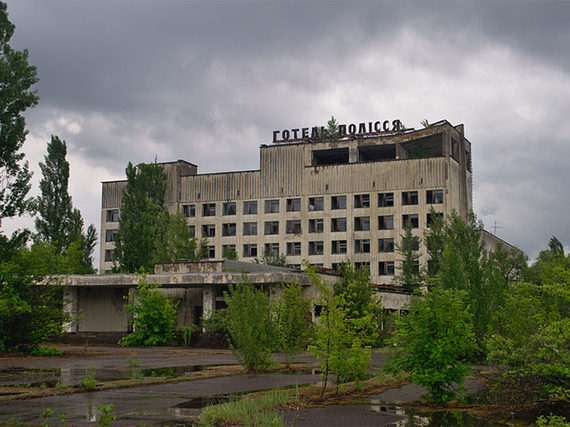 Remember the Chernobyl nuclear disaster in 1986 that created an entire ghost town? Well, Hotel Pripyat was one of the town's most popular hotels. But if you're feeling up to it, you can apparently now even stay there as a guest for an exclusive day tour of the city. Sleeping in a once-abandoned Soviet hotel in a city that experienced a nuclear disaster seems totally safe, right? 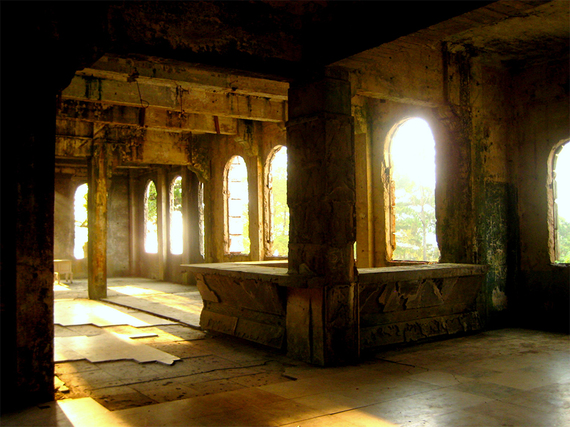 We got another haunted hotel here, people. This hotel in the Philippines was once occupied by fleeing refugees from the Japanese Army Forces, and the place was later bombed. It was reconstructed in 1947 and stayed open until the 1970s. Guests and nearby neighbors have claimed they've heard screams and seen headless ghosts walking around. It's probably abandoned for good reason then. 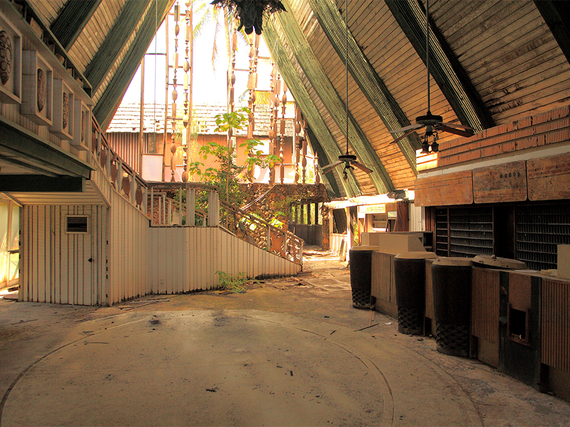 Fifty years ago this resort in Kauaii was hailed as a luxury resort exclusive to only the rich and famous. And if the hotel looks familiar, that's because it was in the movie Blue Hawaii with Elvis Presley. But hurricane Iniki in 1992 damaged the resort beyond repair, and has since been left abandoned for over 20 years. Hey, maybe that's where Elvis' ghosts hangs out in the summers.