Dave the dog was in such bad shape when he was first found that rescuers couldn’t even tell what breed he was.

The young dog was abandoned in January, along with his mother and seven brothers and sisters, in the city of Winchester, England, according to a city press release. The nine dogs were found wandering along several rural roads in the area. 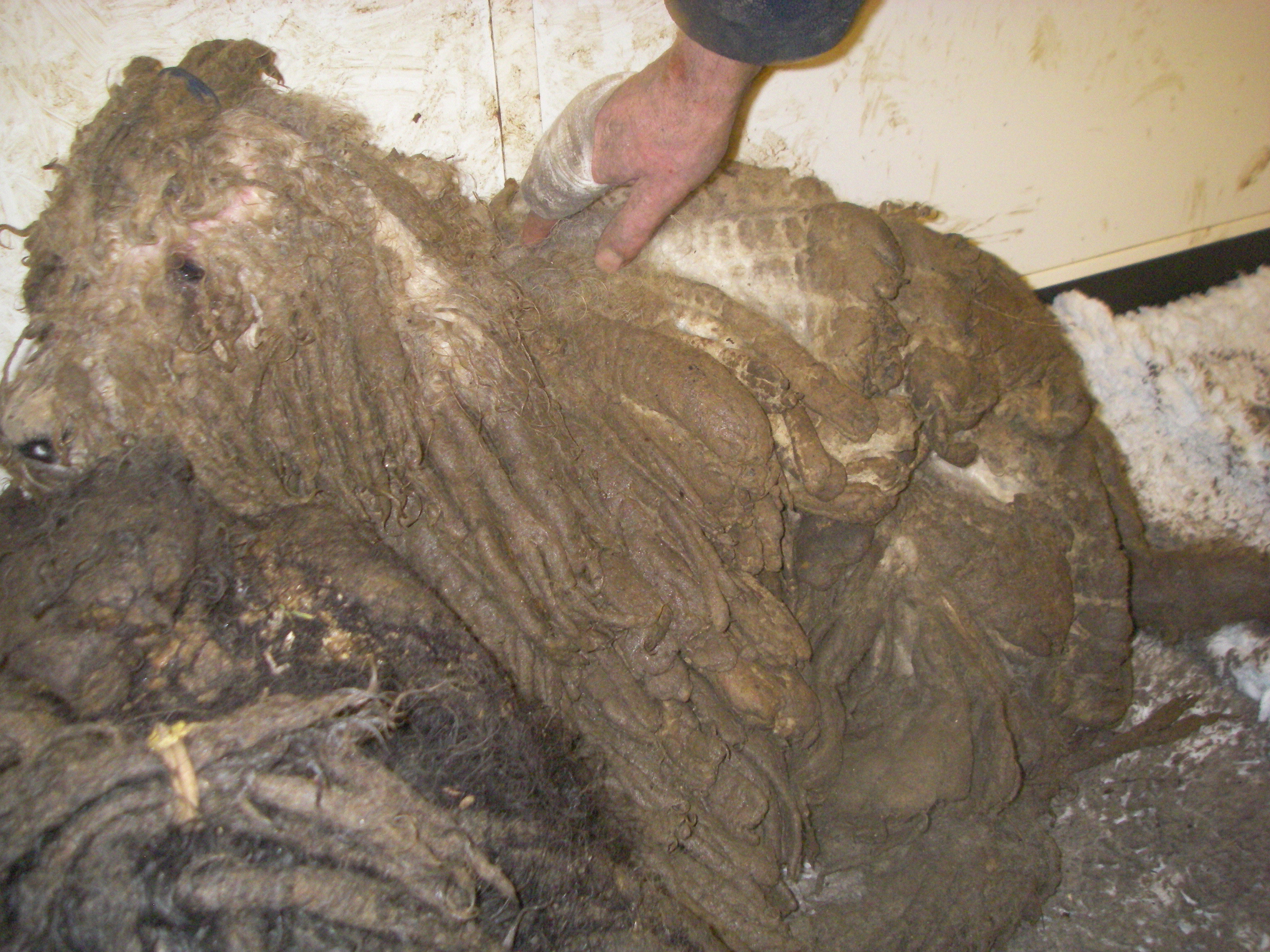 The dogs’ dirt-encrusted fur was so matted and overgrown that it blocked their vision and made it difficult for them to walk properly. Veterinarians removed as much as 26.5 pounds of excess fur from each canine.

But Dave, a poodle mix, needed more than a haircut to fully recover from his past.

“When Dave first came to us he was so timid he would not interact with anyone, dogs or humans,” Susi Carter, kennel supervisor with the Royal Society for the Prevention of Cruelty to Animals (RSPCA) told the Daily Mail.

That’s where retired nurse Jeannette McDowell came in. McDowell, 67, saw the story of the abandoned dogs on the news and “just wept” when she saw their sorry state, she told the Express.

McDowell contacted RSPCA workers who introduced her to Dave, who is believed to be about 18 months old and now looks like this: 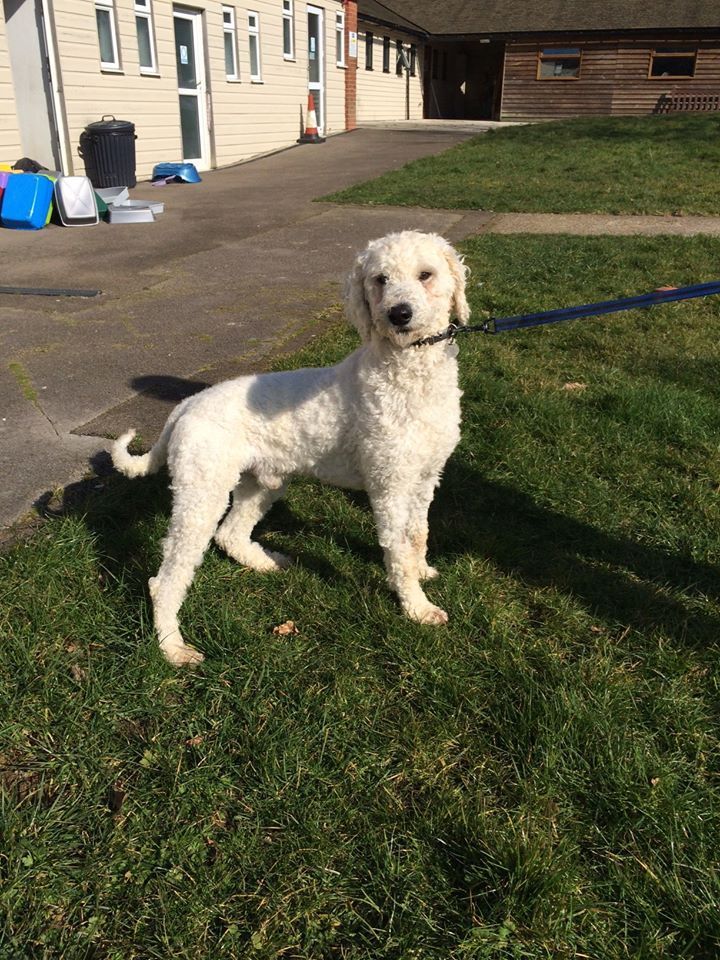 “I thought he was a beautiful animal and I wanted to give him a good home,” McDowell told the Express.

To overcome Dave’s adjustment problems, McDowell visited him in the shelter every day for two weeks and fed him chopped liver treats to gain his trust.

Photos published Monday show McDowell walking Dave and the pair spending time together in McDowell's West Sussex home. Though Dave is not yet comfortable playing, he’s “showing some great signs of improvement and will hopefully go on to live the fulfilled life that he deserves,” the RSPCA's Lucy Cooper told The Dodo. 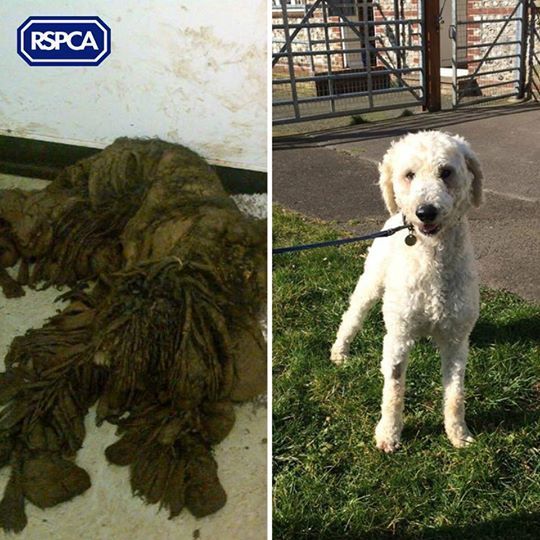 A former owner never came forward and the RSPCA has been unable to determine where the dogs came from originally.

While Dave’s 8-year-old mother and most of his siblings have been adopted or placed in foster homes, one dog -- Will -- is still looking for a home outside the shelter, the Hampshire Chronicle reported Tuesday.

RSPCA Investigator Jan Edwards, who has been working with the dogs for months, told the Chronicle that Will is a “special boy” who needs a home where someone can be consistently present. Learn more about Will here.