The sister of a missing Minnesota woman says she fears for her sister's safety and is appealing to the public for help.

Russell, a 24-year-old waitress at a Stillwater bar and restaurant, was last seen on Friday night.

"[She] finished her shift about 5 p.m.," Mary Divine, a reporter with The Pioneer Press told CNN's Nancy Grace on Wednesday. "She went out for drinks with friends and then went home."

Russell, according to Divine, didn't stay out late because she was scheduled to work a double shift the following morning. When Russell got back to her Stillwater residence, she spoke briefly with a friend.

"[During the call] the friend asked her to hold on and said she would call right back," Divine told Grace. "The friend called back and couldn't reach her."

The ringing phone reportedly awoke one of Russell's roommates, who discovered she was missing and contacted police.

The Stillwater Police Department has conducted extensive ground and aerial searches for Russell, which are ongoing Thursday. They've yet to find any clues to her whereabouts.

According to Marg, it would be "out of character" for her sister to take off without notifying someone.

"The thing that we want to get across is we are not discounting anything," Marg told HuffPost. "At this point we have no information about where she is or what happened and we need people across the country to look for her."

Marg describes her sister as a "passionate and genuine" person who loves popcorn and her dog, Oliver.

"She has this confidence that draws people to her," she said. "She has a great voice and is a really great singer. She loves to be an inspiration to people and she really is."

Russell has brown hair and green eyes. She is 5 feet 7 inches tall and weighs approximately 150 pounds. 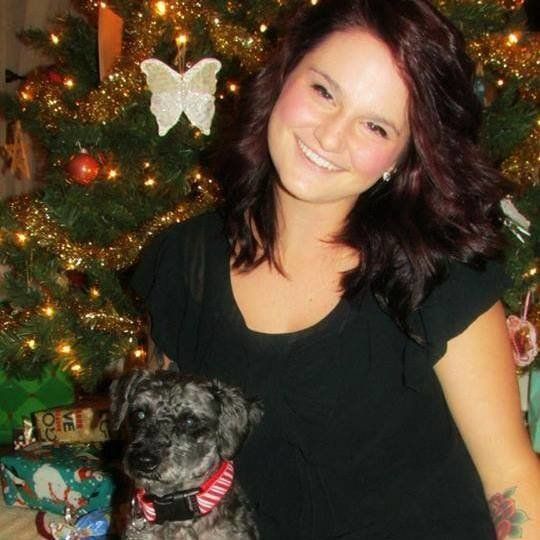 Abbey Russell Missing: 'We Need To Bring Her Home'
Cold Cases
1 / 18
El Dorado Jane Doe
We know who killed her. But we still don&rsquo;t know her name. That is the enduring mystery that has left investigators stumped for more than two decades. Despite the passge in time, authorities beleive someone, somewhere, can still help solve the identity of the woman known as El Dorado Jane Doe.<br><br><strong>READ:</strong>&nbsp;<a href="https://www.huffpost.com/entry/eldorado-jane-doe_n_56e6d679e4b0b25c918276a3?x3l3di" target="_blank">We Know Who Killed Her. But 24 Years Later, We Still Don&rsquo;t Know Her Name</a>
El Dorado Police Department