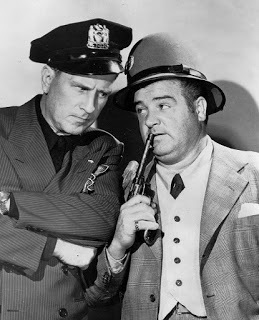 Carol Costello is the anchor of the morning edition of CNN's Newsroom. She's sexy and wholesome and outspoken. One of her editorials was "'Sexy' clothes don't excuse sexual violence," CNN, 10/9/14) If she hadn't chosen news she might have been a candidate for the Playboy show The Girls Next Door, a reality program which aired from 2005-2010. John Berman and Kate Bolduan follow her at ll:00 AM with At This Hour and one wonders how her ratings would fare if she had a partner. Calling all Abbotts with experience as news anchors. Imagine a new 9:00 AM Newsroom feature called Abbott and Costello. News is a competitive business and you have to use everything you've got in the arsenal of promotion. It's lucky Carol Costello isn't Carol Amos, as the natural choice for a sidekick would be Andy and as CNN Newsroom with Amos and Andy would not exactly pass muster in our PC era. Greg Abbott is the governor of Texas and he has the kind of chiseled Mount Rushmore worthy face that would make him a great news anchor after retirement. He wouldn't be the first politician who went on to a career in news. Look at George Stephanopoulos who is now an anchor for ABC. However, though Abbott has the right name for the job, his politics (which include taking the fight to display the l0 commandments on the capital building in Austin to the Supreme Court) are a bit too right of center for CNN, and a team with a name like Stephanopoulos and Costello lacks the mellifluous alliterative sound of say Berman and Bolduan. Right now Costello is holding her own, after years of experience as a reporter in the field, but it's hard to remain "king of the road," to quote Roger Miller. Tom Costello is a correspondent for NBC and when and if Carol Costello's ratings start to sag, CNN might consider ramping up their ammo by instituting CNN Newsroom with Costello and Costello.