Abdul Hafiz Mansoor has been a Member of Parliament for several years. He fought against the Soviets when he was 16 and later, against the Taliban. He studied journalism and obtained a Master's Degree in political science, writing his dissertation on the obstacles to political development in Afghanistan. He was the first director of Bakhtar, the official state radio and television news agency after the fall of the Taliban. 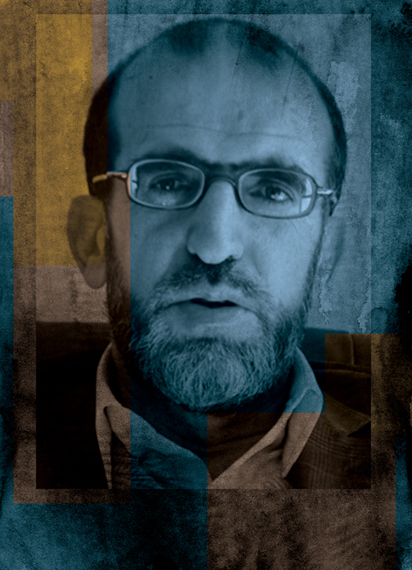 
Can you share with us some memories of times when your rights have been violated?

I was the first victim of the post-Taliban government and system, which is supposed to stand for freedom of expression, democracy, and human rights. When the first post-Taliban government took power, I was the director of the national radio and television agency; they dismissed me immediately without any reason. This left a strong impact on me. Even though my human rights had been openly violated, it didn't crush my spirit. It didn't convince me to sit at home and be silent. Since then, I have been stronger in my criticisms of the government. I even stood for presidential election in 2004.

What are the important achievements in post-Taliban Afghanistan?

The holding of elections, an important hallmark of democracy in any country, is an achievement. The citizens have been given the right to elect their representatives for the first time, without consideration for ethnicity, language, gender and religion.

Achievements have been made in the area of women's rights. Their rights have been enshrined in the laws of Afghanistan; a step which has recognized women as first-class citizens of this country. We are, however, far from an ideal situation.

Another achievement concerns education and public consciousness. We have realized the importance of knowledge and education.

Consciousness and political awareness amongst the people has increased. They have realized that the path to becoming independent, and to living in prosperity and peace comes through work, education, and service. They have also realized that none of those benefits would be achieved without cooperating with the international community. The people have had a taste of equal citizenship. Everybody wants to take part in political and social decision-making. These are great achievements.

My fear is that the politicians may do something to isolate Afghanistan once again and to sever its relations with the international community.

First, there are the games played by the political groups ruling Afghanistan. Administrative corruption has almost paralyzed the entire country. The upcoming elections are another major challenge. There is a possibility that some major power lords could succeed in these elections and divert the country from its current course of decentralizing politics.

Will the present-day Afghanistan allow a recurrence of the closing of schools to girls and the blocking of women's social participation?

I assure you the Taliban will never return. They have been defeated with respect to this very question of closing the schools to girls, for example. Their social policies were sterile in general; they did not have a proper understanding of Afghanistan's history and its place in the world. They were merely a whip for revenge, destruction, and ruin. The Taliban are not compatible with the people of Afghanistan and their desires for a modern society.

What are some of the major factors that deter women's participation in social, economic, political, and cultural spheres?

A major problem is the conservative interpretation of women's status in religion, which views women as a second, inferior sex. Women's presence in society is another challenge. The prevailing norms still see women's employment outside of the home as a shameful thing. On this view, women's work indicates a lack of honor for men. Finally, there is the problem of the culture of impunity, which is intertwined with tribal traditions and has given a free license to many people to suppress and degrade women.

What do the women of Afghanistan want?

One thing women seek is a true revision of the interpretation of religion, to fairly examine their real status under Islam. Advances on an economic level would raise consciousness and bring happiness and self-confidence to women. If women can enjoy a good income, they can then concentrate on promoting their status.

Religion is an important source. Widespread religious reforms can be very useful to promote women's rights and demands. We must start from the pulpit. People should be told about women's rights and their status in Islam from the top of the pulpit. At the same time, we ought to look to other countries as role models. We should consider the way women's identity is conceptualized in other Islamic countries. Reforms are the only reasonable way forward for our country. Reforms need to be undertaken in every field to strengthen women's identity.

In the public domain, my work is limited to legislation and writing. I have defended gender equality in all my intellectual activities. In the private domain, my daughters, just like my sons, are studying. I have abolished every kind of gender discrimination in our home. A few weeks ago, I did everything within my power to defend the inheritance right of one of our female relatives. I'm pleased to say we were successful and she received what it was her right to receive.