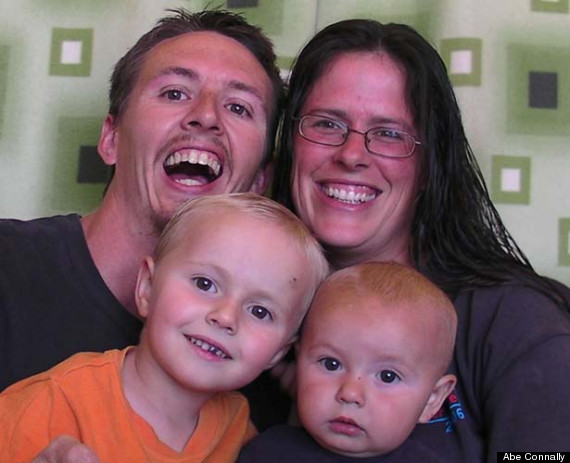 Abe Connally and Josie Moores and their children, Leo and Nico, live off the grid in a homestead in the mountains of northern Mexico.

Twelve years ago, Abe Connally left his 9 to 5 job with an advertising firm in Austin, Texas, and decided to pursue a simpler way of life, purchasing 20 acres of pristine desert in Brewster County, Texas, home to Big Bend National Park. He soon met his future wife, Josie Moores, and the couple started building an adobe house together on the property, where they would live off the grid for the next seven years.

For Connally and Moores, disconnecting from the grid was not their main motivation behind moving to desert; but it became a necessity to achieve their dream of living self-sufficiently in the wilderness.

“We lived 30 miles from the nearest small town and amenities, and we had little money, so whatever we wanted to have, we had to provide for ourselves,” Connally says.

Try It Yourself: Inside the Urban Homesteading Craze

And while a concern for the environment was also not the primary driver behind the couple’s lifestyle shift, conserving resources became essential to their new way of life.

“Once you find yourself living in a natural environment, things like sustainability and environmentalism become common sense,” Connally says.

In 2007, the couple started a new homestead in a place more suitable for raising a family – the mountains of northern Mexico. Today, with their two sons, Leo, 4, and Nico, 1, they generate their own power, grow their own food and make as many of their necessities as they can.

Life on the homestead

The family’s homestead runs on electricity generated by solar panels and wind turbines; they capture and filter rainwater from their roof for drinking, bathing and washing clothes and dishes.

“We built our home from the ground up, so we were able to incorporate a lot of the basic [energy and rainwater] systems into the overall design,” Connally says. “If you can consider efficiency from the beginning, it will save a lot of time and money.”

The family also produces much of its own food, maintaining gardens and fruit trees and raising animals like pigs, chickens and rabbits.

They also try to recycle or repurpose as much of their waste stream as possible – not simply because it’s good for the environment, but because it helps them operate their homestead.

“We try and avoid [waste] altogether,” Connally says. “The animals take care of all our organic waste, and everything else we try and reuse, leaving very little left over.” 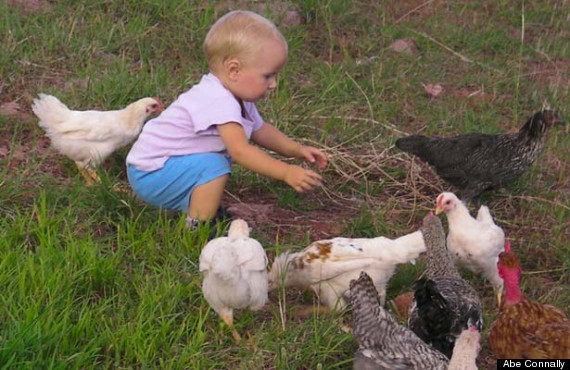 What does a typical day look like for the family of four?

After sending Leo off to kindergarten, Connally and Moores work on household duties determined by the season: tending the garden and animals, gathering wild plants and making items they need for various projects.

While their main focus is on managing their homestead, the pair continues to work from home, writing for online and print magazines. Connally also runs the family’s website, Vela Creations, where he and Moores post how-to articles and tutorials to help other homesteaders – from setting up greywater systems to tanning rabbit hides.

“We have had so many comments saying that we have helped or inspired people, and that’s a great feeling,” Connally says.

Though the family’s cost of living is very low, the family earns additional income by selling their homestead’s surplus locally, including organic rabbit meat, homemade ham and bacon and animal fur.

This extra cash comes in handy when the family finds they need to buy items they can’t produce themselves, heading to the local store once or twice a month.

“Being totally self-sufficient is an enormous undertaking, and we’re not there yet,” Connally says. “If we absolutely had to, we could survive with the things we produce [on the homestead], but we’re glad we don’t have to; we both prefer jeans and T-shirts to walking around in furs in summertime.”

Patience, Connally says; there are so many projects he and Moores want to finish and it’s easy to wish they could all be completed right now.

But overall, the family finds their DIY lifestyle to be extremely rewarding.

“Each and every day, we get to look around ourselves – in the house, when turning on a light or tap, in the food we eat – and we can say ‘I did that,’” Connally says. “It’s immensely gratifying and empowering. There’s a pride and freedom in creating your own space that cannot be described.”

Plans for the future

Connally and Moores are about to start building a new area of their homestead, including a barn and 7,000-gallon rainwater tank, that they hope will become a model of sustainable food production they can share with others.

Called the Food Web, the project will be an integrated food system, meaning that one animal’s waste is used to feed plants or other animals. For example, local weeds and grasses will feed rabbits that not only yield meat and fur, but also produce a manure that attracts earth worms – the food source for a small flock of chickens.

This kind of food system has multiple benefits, according to Connally: The farmer saves money on animal feed and fertilizer, eliminates the farm’s waste streams and provides economic security by producing a diverse set of products in case one crop fails.

The couple was inspired to set up this food web model when they saw how unsustainable agricultural practices, especially in the cattle industry, degraded local farm land and thrust small farmers into poverty, Connally says.

Once the Food Web is established, Connally and Moores plan to invite small local farmers to visit their homestead and learn about this sustainable and economically viable way to grow food and raise livestock. To reach an even broader audience – from farmers to hobbyist home gardeners – the pair also plans to write a book, in both English and Spanish, explaining how to set up and sustain such an integrated food system.

“We live in a poor area that is wholly dependent on cows for their income, and that industry is suffering,” Connally says. “Poor people are getting poorer, but they are afraid of doing something new and unknown… if people can see how [an integrated food system] works, they won’t be so afraid to try something similar themselves.”

To raise money for both construction and publishing costs, the family has launched a fundraising campaign on the crowd-funding site Indiegogo, so anyone can donate to their Food Web project in exchange for thank-you gifts including advance copies of the book and rabbit fur bags handmade by Moores. 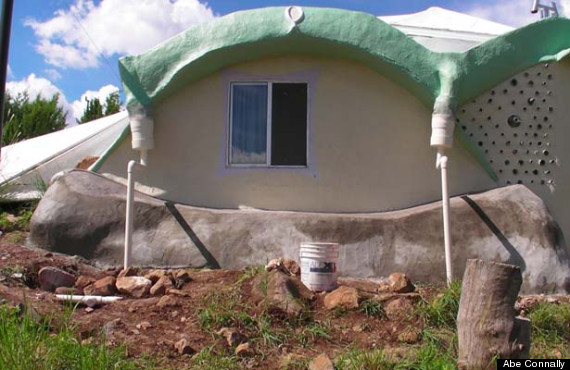 To start living more sustainably, Connally recommends starting with a small DIY house project, such as building a rainwater catchment system like the one he has on his homestead.

Inspired by Connally and his family’s sustainable lifestyle, but don’t want to go off the grid completely? Connally gave a few tips to help Earth911 readers get started with basic homesteading practices:

Connally highlights the importance of starting small and simple, just to get your feet wet.

“That is what our Food Web [project] is all about,” Connally says. “It’s about getting people to start with something that they can participate in and take control of, like producing some food in their backyard. Once you start, you can look at ways to improve and optimize, from integrating animals to planting perennials for long-term production. But the key is taking that first step, no matter how small.”