The cologne stench is less powerful at Abercrombie & Fitch than it used to be, but the stores still kind of stink. This may be making customers anxious.

The struggling retailer, notorious for spritzing its Abercrombie and Hollister stores with its Fierce and Socal cologne brands, said last week that it would ease back on the scents at both chains by 25 percent.

Yet simply toning down the stores' signature odor may not be enough to keep customers interested, said Bianca Grohmann, a professor at Concordia University who recently published a study on how store scents affect human anxiety. Grohmann said that Abercrombie may want to switch up the scents it uses, rather than press on with the same cologne smell at a reduced level.

"One option, instead of rethinking the intensity, is rethinking what scent you use," Grohmann told The Huffington Post. "A scent reminiscent of wide open spaces could help reduce anxiety for a lot of people."

Abercrombie did not respond to a request for comment.

On Thursday, Abercrombie said it had lost $23.7 million over the past three months. The company has been struggling with declining sales for at least a year as fashion trends turn away from its logoed apparel.

In an attempt to lure back customers, Abercrombie is revamping both its namesake chain and the stores of its sister brand Hollister. The music at both will be played at half the volume it is now. Hollister stores are becoming more brightly lit, and the blinds are coming off the front of Abercrombie's stores, to be replaced with mannequin displays. And of course, the shops are getting less smelly.

Grohmann and her team at Concordia's John Molson School of Business recently studied the effect of scent on shoppers. They found that certain odors can be used to curb shoppers' anxiety, while others just make them more nervous.

Until now, Abercrombie's characteristic odors have been part of an already claustrophobic environment that closes the walls around shoppers as they search for preppy polos and graphic tees. According to former employees at Abercrombie and Hollister, associates would have to refresh the cologne scent by spritzing the merchandise throughout the day. 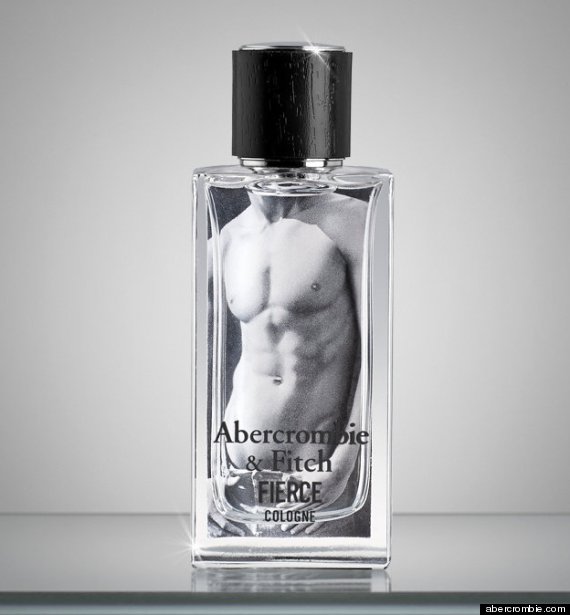 "If you perceive some level of anxiety, you start to feel uncomfortable in the retail environment," said Grohmann. "You don't really want to stick around, you don't want to spend time in the store and you don't want to look at merchandise."

Concordia researchers tested three groups of people in a simulated retail store. One group was exposed to smells suggestive of enclosed spaces, like firewood and buttered popcorn, while another group was given scents meant to evoke open spaces, like green apple and "seashore." The third group was not exposed to any special odors. Shoppers looked at the wares, then had their anxiety levels assessed.

By contrast, shoppers were most uneasy in an open space while smelling an odor that suggested spaciousness. This means Apple's minimalist stores, as well as roomy upscale fashion stops like Prada and Louis Vuitton, shouldn't flood their spaces with refreshing outdoor smells like coconut and cucumber, the study recommends.

The colognes that Abercrombie pumps through its ventilation systems are of a musky, masculine character, which suggests closed spaces. Grohmann's research suggests that such odors, when used in relatively cramped stores like Abercrombie's, would make shoppers feel anxious and enclosed.

And indeed, plenty of customers have taken to review sites like Yelp to complain of being smothered inside Abercrombie stores. "The space they have will definitely make you claustrophobic," one customer wrote of an Abercrombie in Manhattan. Another shopper in Michigan wrote, presciently: "You would think that with all the negative feedback about Abercrombie's scent pumping on the internet they would pick up on this and dial it down."

In 2010, shoppers were so distressed by Abercrombie's cologne cloud that they staged a protest, claiming Abercrombie was filling the air in its stores with toxic chemicals, a claim the company refuted.