Apparently Abercrombie & Fitch is more concerned about offending Taylor Swift fans than it is about angering overweight people.

Buzzfeed reported Thursday that the company is pulling a t-shirt that had self-described “swifties” up in arms.

Here's a photo of the shirt in question: 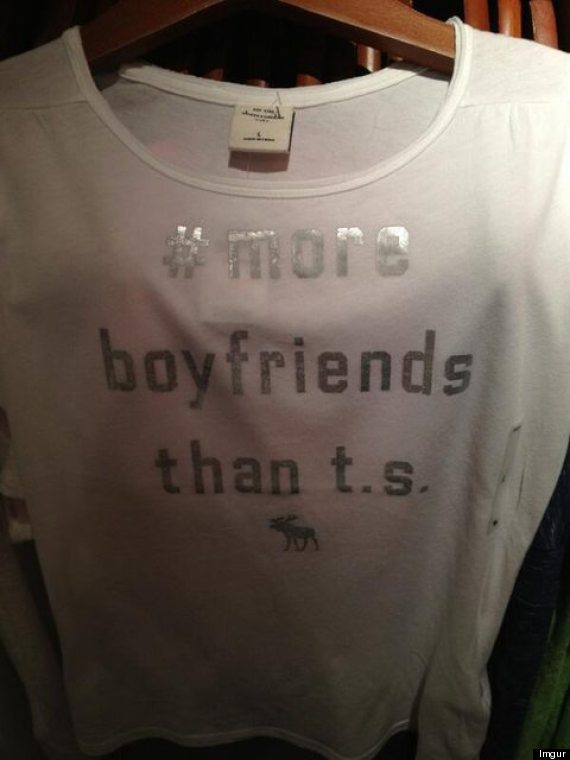 The t-shirt, which pokes fun at the singer-songwriter's much talked about love life, prompted a petition on Change.org.

“This T shirt…is the most childish thing I’ve ever seen in my entire my life,” the infuriated tween said in a video she posted on YouTube. “Taylor has more than 20 million Twitter followers and there are literally so many people who cannot stand Abercrombie & Fitch... I hope your business falls to the ground… k bye.”

You can watch the whole video here:

The “Swift-boating” appears to have been effective.

Though Abercrombie didn't immediately respond to The Huffington Post’s request for comment, a call to their public relations office redirects to this recorded message: “Thank you for calling Abercrombie & Fitch public relations. If you are calling regarding the Taylor Swift t-shirt, please note this is no longer available."

I would have TOTALLY rocked this Taylor Swift t-shirt! Unfortunately Abercrombie & Fitch had to yank it bc of... http://t.co/CVkZxsj228

Abercrombie's swift reaction marks a stark contrast to the way it's handled other controversies in the past.

The brand recently came under fire for comments that resurfaced from a 2006 interview with CEO Mike Jeffries who said that Abercrombie only "want[s] to market to cool, good-looking people." It also faced harsh criticism for refusing to stock plus-sized clothing for women. Abercrombie has since apologized for the offensive comments, but customers still won't find apparel in larger sizes.