The first time Abigail Disney, a filmmaker and pro-choice, left-leaning feminist, met with the Rev. Rob Schenck, one of the nation's leading evangelical ministers and an anti-abortion activist with a far right-leaning conservative constituency, there was no doubt that the two passionately disagreed on many issues.

"I said to Rob, 'we've Googled each other and we could have a fight right now if we wanted,'" says Disney, who is Walt Disney's grandniece. "'Let's choose to shelve the fight -- put it over here and talk about it some other time. We probably share more than we think we do. Let's inhabit the space that we do share.' And when you choose to do that, you tend to find your way into spaces that are above politics. If you share space with someone above politics, you can find a way of working things out."

Schenck and Disney were able unite as Schenck became one of the key subjects of Disney's powerful thought-provoking documentary, The Armor of Light. The film follows Schenck and Lucy McBath, the mother of Jordan Davis, an unarmed 17-year-old who was shot and killed in a parking lot as he sat in a car. McBath joins with Schenck, who preaches about the toll of gun violence in America and gun reform.

In Disney's directorial debut, she probes the question: is being pro-gun consistent with being pro-life? "I just couldn't jive the two things in my head -- being pro-life and pro-gun," says Disney, who produced the film Pray the Devil Back to Hell about Liberian women who helped end civil war and brought peace to their country. "I always wondered why everybody was so comfortable with it. In my heart I thought, somebody has to bring a new perspective to this."

The results are unexpected and illuminating. Regardless of your politics, The Armor of Light inspires people to think. And, says Disney, "to say I should take some time out from my tribe and meet somebody from the other tribe."

Abigail Disney shared five surprising things about The Armor of Light. Click to this Parade.com story to read them all. 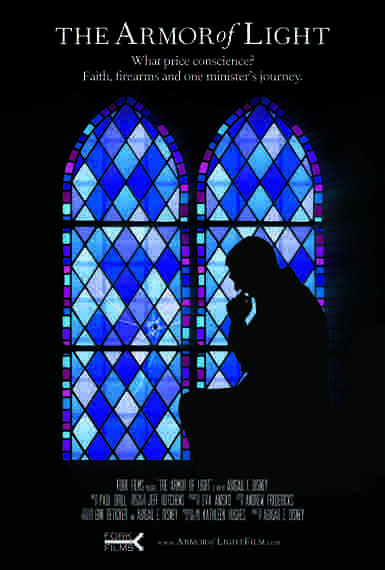