Many individuals with disabilities are natural problem solvers because the world in not accessible. Therefore, to live their lives and fulfill their destinies, they have to solve problems all day long.

Society's role is to assure full access to education, secondary education, and employment. We also need to assure that our houses, transportation and internet, communications and technology (ICT) are accessible for everyone.

Society benefits when all members can participate to achieve their goals. Persons with Disabilities want to be part of the workforce and to become tax payers. Employers benefit by including persons with disabilities in their workforce. A more diverse workforce fosters innovation and cooperation.

Technology innovations are also creating unlimited possibilities to allow individuals with disabilities to contribute in significant ways to allow each person to follow their life path. There are so many examples but here are a few of the inventions that can change the lives for everyone including persons with disabilities. IOT, Wearables, Robotic, 3D-Printing, Driverless Cars, Smart houses, Smart cities and Assistive Technology are allowing persons with disabilities all over the world to tap into their potential and the possibilities are unlimited.

I have had the pleasure and privilege to work as a Global Disability Inclusion & Accessibility Strategist for many years. I work with multi-national corporations, countries and United Nations agencies to create programs that meaningfully include persons with disabilities. I am also an employer of persons with disabilities. One of my team members is Rosemary Musachio. Rosemary was born with Cerebral Palsy and is a talented technologist, writer and accessibility expert.

Rosemary recently wrote an article about how communications like social media is changing the lives of persons with disabilities. Social Media and other media are allowing individuals with disabilities the ability to find their voices. Rosemary is one of the voices that society needs to hear. Please allow me to introduce Rosemary's blog. 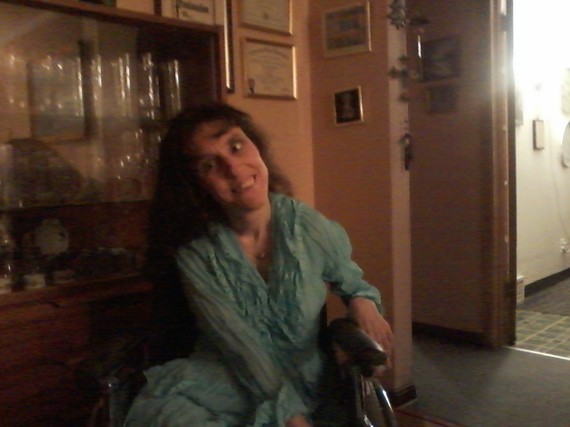 The media always has had a tremendous impact on molding public view about persons with disabilities (PWD). Until twenty years ago, the media portrayed us as helpless, heroic, or mean. It did not show us as people who held jobs, were in romantic relationships, or raised families. These portrayals are based on Dark Ages perceptions of us. PWDs were institutionalized or hidden away in the back room. If a PWD managed to overcome obstacles, such as FDR, they did not publicize that they were disabled.

For example, such films as "The Elephant Man", "Born on the Fourth of July", "The Glass Menagerie", and "The Waterdance" all depict characters with disabilities who are down on themselves, who are programmed to think they are worthless in society's eyes. Their negative self-images cast shadows over the viewing audience's perspective towards us. Scenes of the poor helpless disabled resonate in a viewer's mind if it is not open. These types of movies run the risk of making employers ask themselves "Why would I want to hire someone like that?". They dissuade other persons to interact with us.

At the other extreme, movies like "Rain Man", "My Left Foot", and "Rear Window" show persons with disabilities as heroic, as having some kind of God-given power to solve problems that nobody else or to be renown for some great feat. While this may boost our egos, the hero concept can place pressure on us. I've experienced this throughout my life. I've been expected to be the Wonder Woman of the Intellect because I'm intelligent with disabilities, not just because I'm an intelligent person. Being looked upon as a hero also gives the false assumption that we don't need assistance or accommodations. 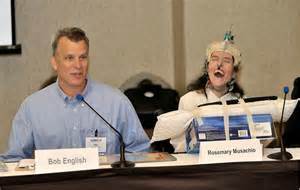 Caption: Rosemary Musachio and Bob English speaking at a conference with help of Assistive Technology

Persons with disabilities also have been portrayed as ill-spirited. Mr. Potter in "It's A Wonderful Life", for instance, is a banker in a wheelchair who is greedy and mean. Another example is Peter Sellers' "Dr. Strangelove, an evil scientist who also is in a wheelchair. The stereotypical role gives the perception of being disabled makes someone mean or unfriendly. Again, this perception may seep into people's subconscious, especially those of children. They may see mean fictional characters with disabilities, such as Captain Hook in "Peter Pan", Quasimodo in the "Hunchback of Notre Dame", and Darth Vadar in "Star Wars"; and then they may be frightened to approach real persons with disabilities.

Yet, the media finally emerged from the dark ages. Movies and television shows have started portraying us in a much more positive light in the last twenty years. For example, an actual actress who is deaf (Marlee Matlin) played an assistant district attorney who is deaf in "Reasonable Doubts". Other examples include a policeman who is in a wheelchair in "Cagney and Lacey", a doctor who walks with a cane in "House", and a paralyzed professor in "Professor X", just to name a few. The movie "Intouchables" even portrays a rich quadriplegic who ends up paragliding and getting a girlfriend. 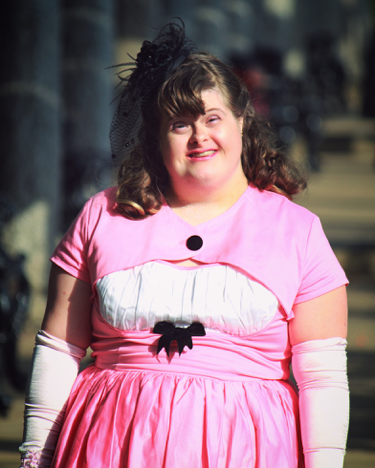 Nowadays actors with disabilities also are earning awards for television and movie roles. At the recent Emmy Awards, Peter Linkage won the Best Supporting Actor Award for Games of Thrones. Dinklage has dwarfism, yet his disability actually helped land his role. Marlee Matlin, mentioned above, earned an Oscar and Golden Globe for Best Actress for "Children of A Lesser God", where she portrays a deaf cleaning woman whose intelligence is discovered by a special education teacher.

Although no scientific studies have been conducted between the public perspective of persons with disabilities and their portrayals in the movies, seeing positive images of us in the media can only foster further integration in society. Businesses are more motivated to employ us if they view us as doctors and lawyers on the movie and T.V. More beauty and sex appeal are attributed to us if more we are shown as caring, loving, and sexual on the small and big screen. If the entertainment industry wouldn't focus on the disability but on the characters who just happens to be disabled, then society would follow suit.