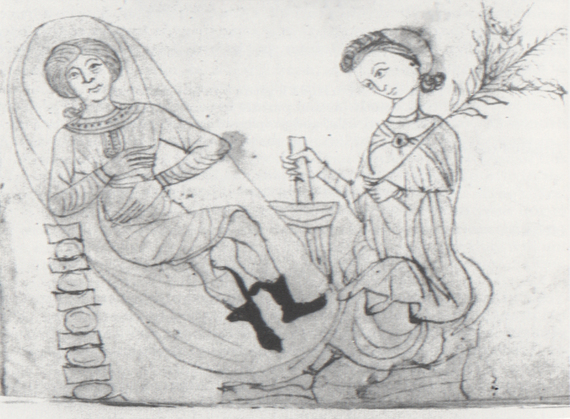 Only a small fraction of Texas women will suffer.

With the closing of 13 abortion clinics in Texas, one out of six Texas women seeking an abortion will have to travel 150 miles or more, and never mind all the other obstacles about waiting periods, increased costs, hassling protesters and having to listen to medically incorrect messages. But one out of six? That's only a small fraction, according to the United States Court of Appeals for the Fifth Circuit.

"In our circuit," wrote Judge Jennifer Elrod, a George W. Bush appointee, "we do not balance the wisdom or effectiveness of a law against the burdens the law imposes. We do not doubt that women in poverty face greater difficulties."

What a bother, those "women in poverty."

Judge Elrod argued that the court had to find that "a large fraction" of women would be affected by the law -- the medically unnecessary requirement that all abortion clinics in the state meet the same building equipment and staffing standards as hospital-style surgical centers. And those 900,000 women in rural Texas the judge acknowledged would be affected, well, they're just a "small fraction."

Judge Elrod may not know a lot about what it feels like, being part of the small fraction. Born in 1966, she grew up in the Houston-area city of Baytown, Texas, which bills itself as a city "where oil and water really do mix." She graduated from Baylor and Harvard Law School. Her Wikipedia and Judgepedia pages make no mention of marital or family status, but presumably she never sought to have an abortion. If she had, she would have definitely been in the large fraction -- women with money who always have access to safe and legal procedures, even in Texas.

This writer was in another large fraction: women without access to safe or legal abortion in the days before Roe v Wade. Much like today's small fraction, faced with no viable options we took desperate measures to end unwanted pregnancies. Some of us survived, countless others did not.

This is the fate to which the three-judge panel of the Fifth Circuit is consigning the small fraction. Danger, expense, family trauma, health risks and occasional death. Even for a small fraction, that seems hardly what America is about. And hardly in tune with the antiabortion forces' proclaimed wish to "protect women."

Some in the small fraction will face primarily family distress and exorbitant costs (usually upwards of $1,000 or $1,500) like "Maria," whose story is recounted by RH Reality Check Senior Political Reporter Andrea Grimes. Some will face very real danger traveling to Mexico for drugs that can cause permanent injury or death if improperly created or improperly used. Some will maim or kill themselves in efforts to self-abort.

There will be hundreds of women like Elvia Yamell Hamdan, whose story was reported in a recent New York Times article by Laura Tillman and Erick Eckholm. Ms. Hamdan, 44, showed up at the Whole Woman's Health clinic in McAllen, TX with her husband after a three-hour drive from their home, only to find that clinic professionals could suddenly no longer provide abortions. Ms. Hamdan already has four children and three grandchildren, and seeks to end an unplanned pregnancy. The U.S. Constitution says she has a right to make that choice -- but Texas law says her best remaining option is an appointment three weeks later in San Antonio, 240 miles north.

Denise Burke, Vice President of Legal Affairs for Americans United for Life, is quoted in the New York Times story as saying the Fifth Circuit decision endorses anti-abortion forces' argument that "abortion harms women, and states may regulate in the interest of women's health."

"Maria" and Ms. Hamdan seem likely to secure, eventually and at significant risks to their own health and wellbeing, the safe and legal abortion guaranteed to American women. How many others will now, instead, wind up sick, maimed or dead because of this latest ruling will never be known.

Because those others are just part of the "small fraction."