WASHINGTON -- Republicans took charge of 25 state legislatures and 29 governors' offices in the 2010 elections, promising to focus on the sputtering economy and unemployment crisis. In the first legislative session of 2011, however, GOP lawmakers introduced an unprecedented number of bills restricting abortion rights for women.

As The Huffington Post has previously reported, more than 900 bills concerning reproductive health were brought forward before the end of March. By contrast, according to NARAL Pro-Choice America, only 175 anti-choice bills were moving through the states at the same time a year ago.

"We're getting hammered on so many fronts," said Elizabeth Nash, a policy expert for the Guttmacher Institute, a reproductive health research organization. "Every day is another nail in the coffin for Roe [v. Wade]."

Republicans have tried to tie the abortion and family planning discussion to money matters, arguing that taxpayers should not be forced to fund abortions. But the Hyde Amendment, which was adopted nearly four decades ago, already blocks all federal funding from being used for abortions, except in the case of incest or rape.

These bills are moving rapidly in the states, and they severely limit women's access to and ability to pay for abortions. So far this year, three states—North Carolina, Indiana and Kansas—have defunded Planned Parenthood. Thirteen states have blocked abortion coverage in their public health care exchanges to be set up as a part of the Affordable Care Act. Iowa advanced the nation's first 18-week abortion ban in early June, and five other states have passed or are considering laws banning abortions after 20 weeks.

While a number of legislatures have been quietly chipping away at Roe v. Wade—the 1973 Supreme Court decision that forces states to keep abortion legal in the first trimester of pregnancy—some are taking a more direct hit at the legal precedent. State lawmakers introduced 22 so-called "personhood" bills this year that would legally define one's status as a “person” or “human being” as beginning from the moment of conception, which could outlaw abortions altogether.

“The pro-life movement has gone beyond just hopin’ that we can save a few babies, hopin’ that maybe if we pass a regulation or restriction that we can save a few babies,” Cal Zastrow, cofounder of Personhood USA, told HuffPost in an interview. “One of our primary goals is not to overturn Roe v. Wade—it's to get states to ignore Roe v. Wade and do what’s right, which is to protect children.”

Mississippi will allow voters to decide on the next general election ballot whether to add an amendment to their state’s constitution defining a “person” at the moment of conception, and Louisiana and Alabama have advanced similar legislation that would outlaw all abortions. The American Civil Liberties Union and Planned Parenthood are preparing to challenge these laws in court.

“We say bring it on--we’re the ones picking the fight,” said Zastrow. “We’re prepared for the court fights, including the U.S. Supreme Court."

The intense focus on restricting abortion access and cutting funds to family planning so far in 2011 is causing progressive lawmakers and even some conservatives to question how state legislatures have strayed so far from their campaign promises to focus on job creation.

"I will vote 'no' on every abortion bill," she added. "It is the wrong thing for us to be discussing."

The Huffington Post has put together a slideshow highlighting the 10 types of legislation states are using to restrict access to abortion and family planning: 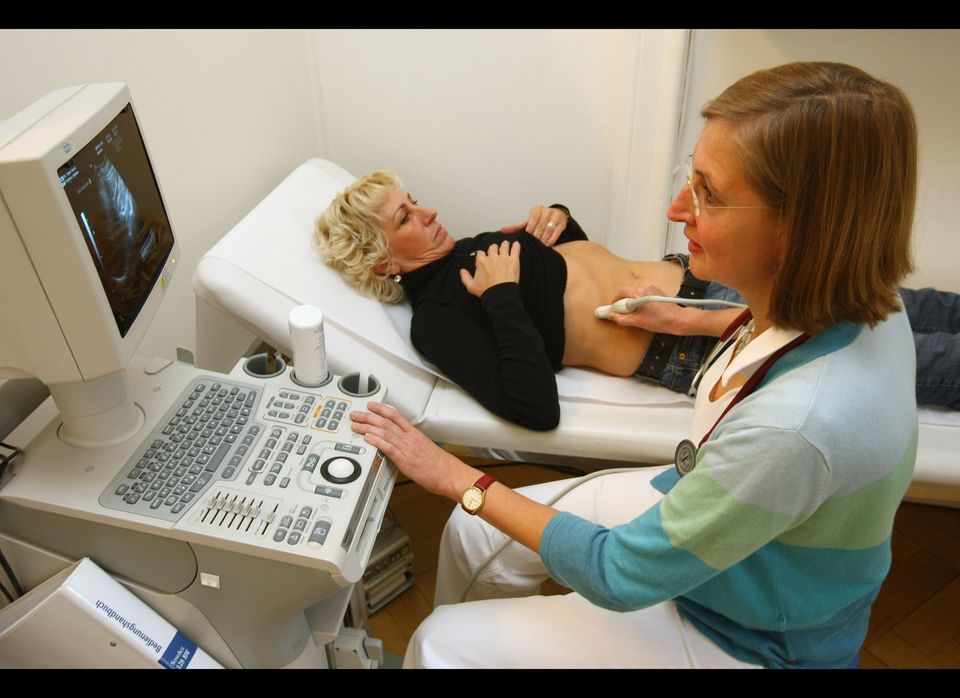 1 / 9
Mandatory Ultrasounds
Texas and Arizona have both recently enacted mandatory ultrasound bills, which require women seeking abortions to undergo a sonogram at least 24 hours before the procedure unless she lives more than 100 miles from an abortion provider. Doctors must also describe the fetus in detail to the woman, including the size of its limbs and organs, and play sounds of the fetal heartbeat. Twenty-eight mandatory ultrasound bills have been introduced in 14 states so far this year: Ala., Ark., Ariz., Conn., Fla., Ind., Ky., Mich., Mont., N.C., Ohio, R.I., Texas and Va. The Center for Reproductive Rights is <a href="https://www.huffpost.com/entry/rick-perry-sonogram-bill-center-for-reproductive-rights-retaliates_n_866811" target="_hplink">challenging the Texas bill</a> in court. "We filed a challenge today because this bill is incredibly intrusive; it hijacks the doctor-patient relationship," said BeBe Anderson, senior counsel for CRR. "You expect your doctor to act in your best interest, but this bill turns the ethics around as physicians are forced to feed images, sounds and information that the state has decided a woman needs to know."
Getty