A majority of Latino voters -- 74 percent -- agree that a woman has a right to make her own personal decisions about abortion without the interference of government, according to a recent survey by the National Latina Institute for Reproductive Health and the Reproductive Health Technologies Project. The data shows that a majority of Latinos in the U.S. hold a sympathetic view in regards to abortion. The question of where Latinos stand in the social spectrum-- including their stance on abortion -- is a key indicator of how they will vote in the coming elections. The survey confirms the notion that Latinos are no longer as socially conservative as they have historically been.

Hispanic women accounted for 25 percent of abortions in 2008 according to the Guttmacher Institute. After African Americans, Hispanics are the second group with the highest abortion rates in the U.S. But more significant than the numbers themselves are the social and political implications of the abortion debate.

A Washington Post blog suggested that the Latino conservative view on abortion could be a "potential inroad" for the Republican Party to win the Hispanic vote. Believed to be in their majority church-goers and against abortion, Latinos had traditionally aligned themselves with more traditional views and family values which correlate with the Republican Party.

The survey findings, however, seem to point to a different reality.

Nearly three in four Latino registered voters (73 percent) believe that "we should not judge someone who feels they are not ready to become a parent" and two-thirds of Latino voters (67 percent) say they would lend support to a close friend or family member who had an abortion. The numbers point to a more liberal stance but is the data to be trusted?

The poll was sponsored by a pro-choice organization (Reproductive Health Technologies Project) and the firm conducts polls mostly for other progressive issue advocacy organizations, labor unions and Democratic candidates.

"It's a simplistic survey. It's not so much of a biased as it is an overstatement because it's based on such a limited sample size," Jaime A. Regalado, Political/Public Policy Analyst and Emeritus Professor of Political Science at the California State University in Los Angeles, told HuffPost LatinoVoices. The survey, undertaken between September and October 2011, was conducted among 600 registered Latino voters.

"It looks like they captured what they wanted to capture and that was it," Regalado said. "It's not a full picture of what maybe 1,000 Latinos would actually say."

Historically, Latinos have espoused more conservative attitudes, including the strong family values and anti-abortion stance which are a backbone of GOP ideology, Regalado said.

In fact, a 2009 survey by the Pew Hispanic Center finds that among Latinos age 16 and over 37 percent think abortion should be legal while 56 percent think it should be illegal.

Regalado still sees some compelling information in this new data. "I do find some agreement with the survey though," said Regalado. "As younger Latinos start to vote, the more liberal the voting group becomes. It kind of changes that picture of family values that Republicans have been running with."

Those changing values seem to include religious devotion. The poll also shows that most Latino voters seem willing to disagree with church leaders on the legality of abortion. Nearly seven in ten (68 percent) agree with the statement: "Even though church leaders take a position against abortion, when it comes to the law, I believe it should remain legal."

Even Hispanic Evangelicals, which have been one of the strongholds of the GOP, seem to be moving away from the more conservative, traditional principles. The National Latino Evangelical Coalition, for instance, is focusing on three major issues: poverty, immigration reform and education equality.

"It may be that the Hispanic evangelicals are really a different trend within the evangelical movement," said political analyst Steffen Schmidt of the University of Iowa according to Huffington Post, "that is not going to necessarily find in the Republican Party a candidate who meets both their faith-based concerns -- issues like abortion and so on, which probably are pretty important as well -- but also speak to the social justice aspects of Christianity."

But the findings of this survey show that even "faith-based concerns" such as abortion are no longer in line with the GOP's social agenda.

"The way to capture the Latino vote has been to make the plain appeal of 'they feel the way we do,'" Regalado said. "Stay away from immigration but deal with other things like the abortion, gay-marriage issue. We've heard that for two decades, at least since 1994." But the case seems to be that Latinos are moving away from a more conservative stand on certain issues.

In the current political cycle these difference are becoming even more evident.

"The strategists in the Republican party, nationally and even more so locally, are pretty sober about the future of their party," Regalado said. "They are worried about being able to attract the Latino votes unless you find issues that resonate with them. If not, you are going to be a party of the minority in the next 15, 20 years. Their future as one of the major parties is going to be severely challenged with how they deal or not deal with the Latino community."

CORRECTION: An earlier version of this article misstated the number of Latino voters surveyed; it was 600, not 200.

A GLIMPSE AT WHO ARE THE U.S. LATINOS:

PHOTO GALLERY
Hispanic Populations In The U.S.
Download
Calling all HuffPost superfans!
Sign up for membership to become a founding member and help shape HuffPost's next chapter
Join HuffPost

Survey Shows Latinos Aligning Themselves With More Liberal Views On Abortion
Hispanic Populations In The U.S. 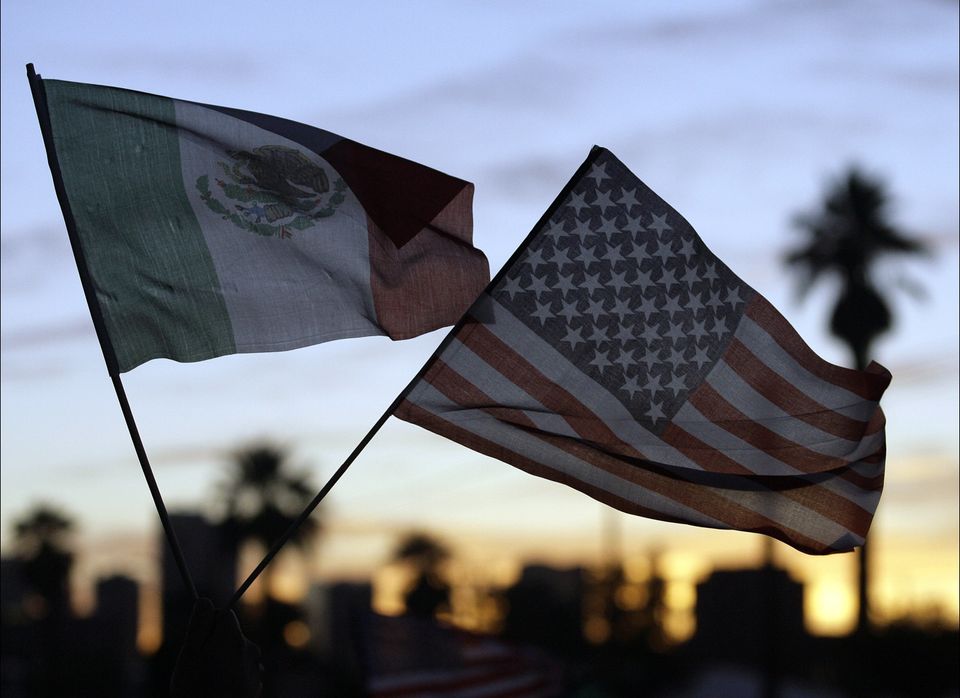