I know we can't talk about everything that's happening in the world related to religion and violence, and I try to provide you with resources to help you think about how to make sense of the news about religion. But there's just not enough time to think about it all and tell people how to think! So I wrote you this blog post, with my own viewpoints.

You wanted to know: what is ISIS? 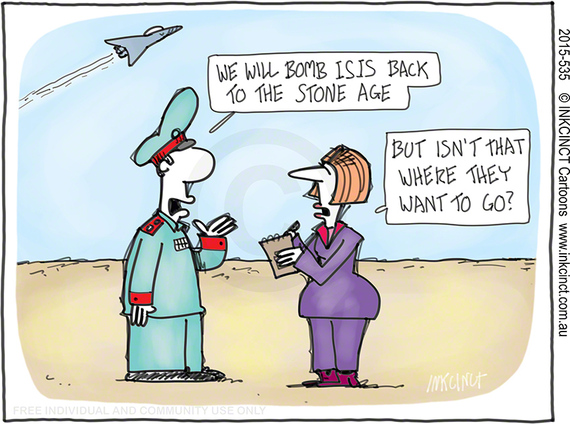 Well, ISIS stands for Islamic state of Iraq and Syria, but they are also known as the Islamic State of Iraq and the Levant. The Levant is a fancy name for a geographical part of the Middle East. A lot of people think that giving them the title "Islamic State" is dumb because it feeds into their own propaganda that they are performing something that is actually Islamic that stands for all Muslims, which I think rational people KNOW they do not speak for anyone else. So they call them Daesh. That basically makes them mad and they throw hissy fits when you call them that, so my friend Zeba says to do it. This group, whatever the heck you want to call it is made up of big time jerkoffs.

They kill people, murder innocents, and all the terrible stuff that you've heard about them. They are such jerks that Al Qaeda thinks they are too violent. And ISIS/Daesh or whatever thinks Al Qaeda is a bunch of wussy moderates. Yeah. Crazy, I know! 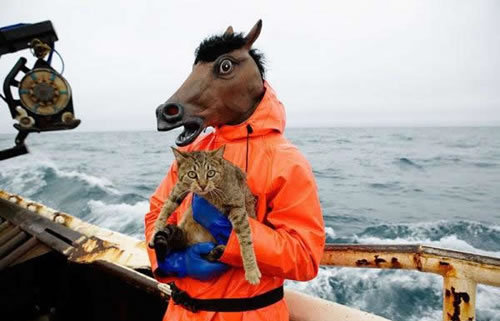 What do these jerkoffs want? They seem to want to bring the world back to the 600s when everything was great and perfect. A lot of religious extremists around the world want to live back when their prophet or god was around, you know the good old days before penicillin and stuff. But these guys, they're real serious about it. I think what people don't understand about them is that the reason they are so serious about it is that they are a bunch of mostly guys who are really anxious and really, really scared about how the world works in these modern times, they feel humiliated and turn to a really masculine and macho form of religion because they feel they have a small ... you know... feeling of security.

What are they humiliated by? Probably military and cultural domination by "the West" (I personally don't like splitting up the world into the West and the rest, but it's so much a part of our discourse right now it's hard to ignore). They also don't see a strong future for themselves in the countries that they live in, and their imagination is fired by a religious purification of all of these problems, especially when that purification can happen quickly and they can take part in it through violence.

What I mean by "religious purification" here is that a lot of people from a lot of different religions feel that a strong, fundamentalist turn to traditional religion is the answer to the chaos of modern life. Back to the basics. Keep it simple. ISIS wants to use violence to thump their enemies to bring about those good old days faster.

That, and because when the United States invaded Iraq in 2003, the fall of the secular but autocratic regime of Saddam Hussein created a power vacuum in a mostly Shia-Muslim country that had Sunni-Muslim rulers for a long time.

Yes, all these people are Muslims, but there are many different types of Islam in the world. And the way power was structured in US-occupied Iraq, the tribe that you roll with dictates the access to services you get and the kind of representation you have in government. So a lot of pissed-off Sunnis and old members of the Saddam regime formed violent parties to keep Shia power in check, this led to the creation of Al-Qaeda in Iraq and ISIS.

You could read about that and get another perspective HERE and watch THIS.

So is George W. Bush to be blamed for ISIS? Not entirely, but his administration was definitely stupid (some would say criminally so) for the following reasons: 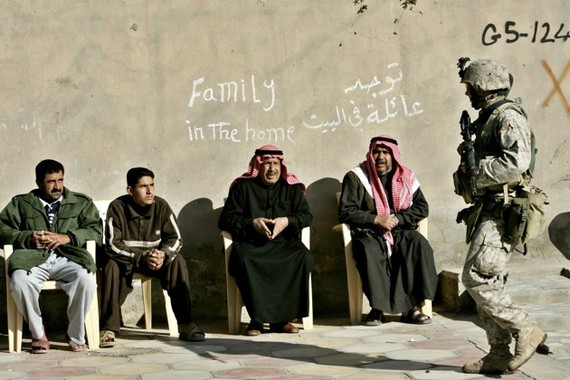 The other thing is that, just like al-Qaeda and other back-to-the-past groups today, they are selectively modern. They are killing it on social media. They are using the most advanced technologies to kill people. But for all the other stuff, they're partying like it's 599 (CE). And they people they are killing the most in these fights are Muslims themselves. But they don't care because they think they are those wussy "modern" Muslims. So yeah, get them on your side by destroying them.

It's kind of this simple: the same stuff that they were doing in mostly brown, Muslim countries they are now doing in places that have more power and say in the geo-political court and all of a sudden the world cares and people who used to want to change the name of "French Fries" to "Freedom Fries" change their social media profiles all kinds of colors because they you know, really, REALLY care. Like they care the heck out of this situation. So bad. They can't even... 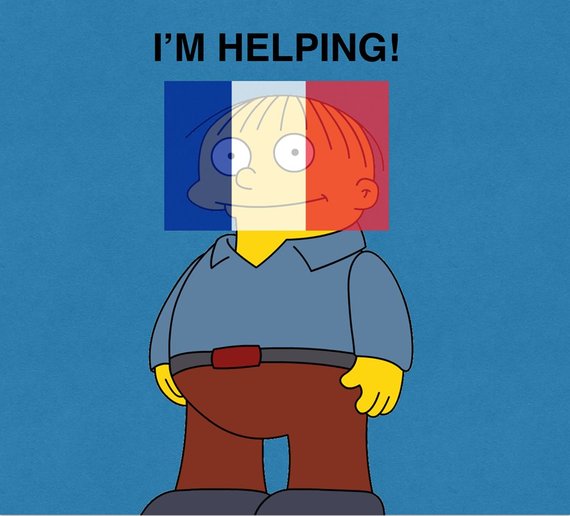 So, why is ISIS doing this now in Paris? Some people are saying ISIS may be on the offensive and blowup planes, people, and cafes because it is really on its heels.

Maybe this is all about religion, but maybe it's about religion and power and economics and the parts of history to which we turn a blind eye until it comes and bites us on the arse. Maybe globalization of violence like the Paris attacks tears down fences so that the powerful (Paris) can see how the weak (Baghdad) live and die and that's why people who want the powerful to feel the pain of the weak rejoice. Moreover, all this debate is really hurting the people who are already hurt by ISIS the most: the Syrians who are trying to escape war.

In the short term hatred is going to ride a reactionary wave of fear to manifest itself in the public sphere. But as time wears on, it will take more and more energy to hate. What I mean is, we don't naturally hate people. Hate is a strong emotion. It takes a lot of reminders for us to hate. Distrust, yeah that's natural. But hate takes work.

This energy used on hating, and even on simple distrusting, could be better invested into community building and providing the kind of strong bedrock that brings people together rather than tears them apart.

The people who do that are going to lead our globe to a brighter future. But, until then we're going to bomb the crap out of some places and hope we don't kill anybody who's not a bad guy and hope for the best.

See you in class!
Sincerely,
Your loving religion professor