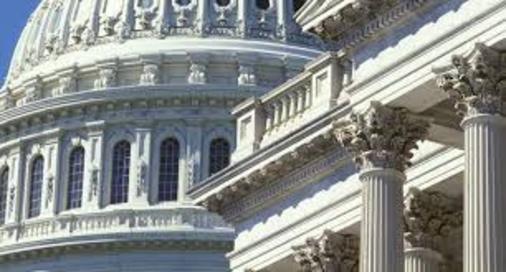 In July 2015, both House and Senate passed bills to reauthorize the Elementary and Secondary Education Act (ESEA) of 1965. The House version is known as the Student Success Act (SSA); the Senate version is called the Every Child Achieves Act (ECAA) of 2015.

Both are an effort to reauthorize the last version of ESEA known as the No Child Left Behind (NCLB) Act of 2001. NCLB was supposed to be reauthorized in 2007, but Congress would not touch it because it was a bust and the bipartisan honeymoon that gave America NCLB was over. So, NCLB remains on congressional life support to this day.

Since both House and Senate have passed versions of an ESEA reauthorization, they now must come together and sort out the issues that differ between their two versions so that they might present a single bill to both houses for a vote.

The committee chairs who presided over the House and Senate bills, Representative John Kline and Senator Lamar Alexander, respectively, get to decide who to invite to sit on the resulting House-Senate conference committee. There is no set number of individuals, and House and Senate do not have to have equal numbers on the committee because the two houses vote separately and act via majority vote. Still, there might be some friction between Democrats and Republicans within a house regarding the proportions of each party invited to sit on the committee.

The 2015 situation with the two ESEA reauthorizations is unusual in that what is being discussed in conference is not one bill that originated in one house of Congress and then was agreed to "as amended" by the other house. What we have here are two distinct bills. It seems that content of the two bills that does not differ is not up for amendment. For example, both SSA and ECAA preserve annual testing. So, it seems that the conferees will not be able to vote to rid the bills of annual testing. However, on issues about which the two bills differ, such as Title I funding portability, conferees will be able to vote. (I am drawing my reasoning from two Library of Congress documents on House-Senate conference committees, here and here.)

But there is a lot of negotiation that will occur, not only between the two houses, but also between the houses and the White House.

To help me understand the process and the timeline, I investigated the NCLB House-Senate conference committee. (I realize that when this 2001 committee was in session, there was not yet an NCLB, but I will use this title for clarity's sake.)

(Note: In the 2015 situation in which both House and Senate have versions of the ESEA reauthorization, both House and Senate could technically request conferences of each other. Nevertheless, they could have bypassed conference and just sent their respective bills to the other house, but given the massiveness of the ESEA reauthorization undertaking, that would have been poorly decided, no doubt.)

In 2001, the Senate voted on HR 1 "as amended," and on July 19, 2001, the NCLB House-Senate conference committee met for the first time. That two-hour meeting is available on C-SPAN.

The second, one-hour meeting was held on August 01, 2001 and is also available on C-SPAN, as is this 14-minute, August 02, 2001, video of Senator Edward Kennedy, Representative John Boehner, and US Secretary of Education Rod Paige, following a meeting at the White House regarding the progression of the conference.

Note that the White House was also represented in the second, August 01, 2001, conference meeting.

Conferencing over ECAA and SSA will not be accomplished in short order. But thanks to C-SPAN, the public will be able to witness (at least some) conference committee meetings.

The above post is an excerpt originally posted 07-21-15 at deutsch29.wordpress.com