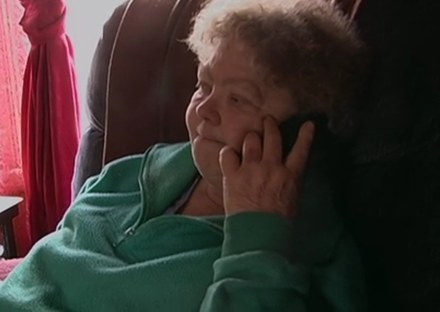 Good criminal defense attorneys tell their clients at the first meeting -- whether it's in a cellblock, the attorney's office, or anywhere else -- please, please, don't talk with anyone except for myself and my investigator, about the allegations in your criminal case. This usually follows on the heels of the Miranda warnings cops are required to read suspects upon arrest that make clear, under the Fifth Amendment to the United States Constitution, an arrestee has the "right to remain silent," and, "anything [they] say, can and will be used against [them]" in court.

Good defense attorneys explain the parameters of the attorney-client privilege in the first client meeting, and how, at its core, excluding several specific exceptions, it precludes the government from ever forcing a criminal defense attorney to reveal a client's confidences -- even after the client's death. The law recognizes that the Sixth Amendment right to effective assistance of counsel would be gutted if clients could not speak freely with their lawyers about the allegations against them; the bedrock constitutional protections that flow from the attorney-client privilege are quite literally the lifeblood of any attorney-client relationship.

This is why, when I was a former D.C. and federal public defender, after initial introductions, the first thing I explained to a client was the attorney-client privilege. I did this as thoroughly and clearly as I could -- with added emphasis for clients who would be locked up pending trial -- who I knew would be tempted to call friends and family from the jail, where, all calls are recorded. I told clients the attorney-client privilege doesn't protect communications except those between client and lawyer (and anyone part of the "defense team," which can include an investigator, law clerks working for the defense attorney, expert witnesses, etcetera; the defense lawyer should immediately make clear to the client who the "defense team" includes).

My pitch, like most attorneys that I worked with, was heavy-handed. I made clear, especially in felony cases where a grand jury had not yet returned an indictment (the formal statement of charges), that if they talked about the allegations against them -- to their moms, dads, love interests, little brothers, and so on --that the prosecutors could not only use recorded jail calls against them, they could subpoena the family member on the other end of the line, put them under oath before a grand jury, and, force them to reveal exactly what the client said about the case.

Admissions, confessions, even seemingly innocent, isolated statements -- statements that defendants think make them appear innocent -- are no less (and maybe even more than) DNA evidence, a prosecutor's most potent weapon in a criminal case; as evidence of guilt goes, they are the Holy Grail.

Making a Murderer fans know this from watching excerpts of the Brendan Dassey trial where the prosecution rested its entire case on Dassey's inconsistent (and eventually, incriminatory) statements to police; but for Dassey's statements there would have been little viable evidence to convict him.

The filmmakers [of Making a Murderer] faced a huge problem right off the bat in making a documentary about Steven Avery: They had almost no access to him as they were repeatedly denied visitations. One way they got around that problem was through the use of audio interviews that make Avery's point of view -- captured throughout the trial -- front and center in the documentary.

Focusing on Brendan Dassey's case, one of the filmmakers said:

"All calls they made from the county jail or the juvenile detention center are recorded, so we have thousands of hours of phone calls[.]"

"I remember the first time we listened to some of the calls where she's confronting him over the phone, like, 'Did you do this?' As somebody with a legal background, I'm thinking, [d]on't ask your son that over the phone!" Ricciardi recalled.

My point exactly. There is no easier or more compelling piece of evidence for a prosecutor to use against a defendant than their own words.

Folks watching Making a Murderer are understandably caught up in the undeniable human drama of the series -- drama that is stoked by those dreary prison phone calls from both Steven Avery and Brendan Dassey to their families, played in almost every episode. But please, please -- if the Brendan Dassey case was not lesson enough -- should you ever find yourself behind bars, don't talk about your criminal case over the phone.

About the Author: Stephen Cooper is a former federal and D.C. public defender. He writes full-time and lives in Woodland Hills, California.