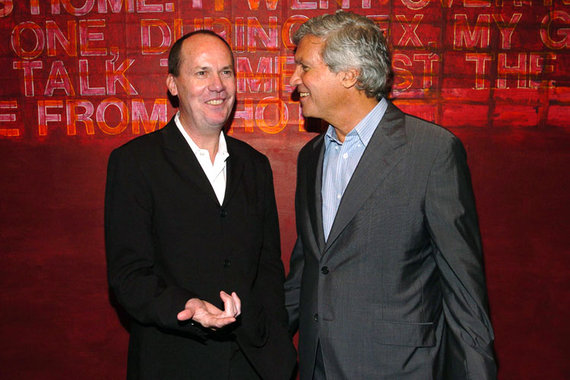 You know, I have read several articles about this in the last few days, but, strangely, none of them strongly focused on the simple fact that Richard Prince is doing what is doing only thanks to a vast and egregious circle of art critics, art galleries and art buyers who not only condone, but endorse, enable and pay top dollars for his "work."

Now, we are allegedly talking about "art" within the "art world" here, however I can't help but ask myself: could not a similar behavior be condoned and endorsed also at other levels of society, when an oligarchic cultural elite is in power (as it is already)?

Shall we end up condoning thieves, rapists, pedophiles and killers based on the conceptual lalaland of a few arrogant, financially powerful trendsetters and unscrupulous merchants?

In the age of relativism there is not much point in complaining about anything and you can "hate" as much as you want. To no avail.

I say that the ENABLER is guilty as much, sometimes even more, than the PERPETRATOR.