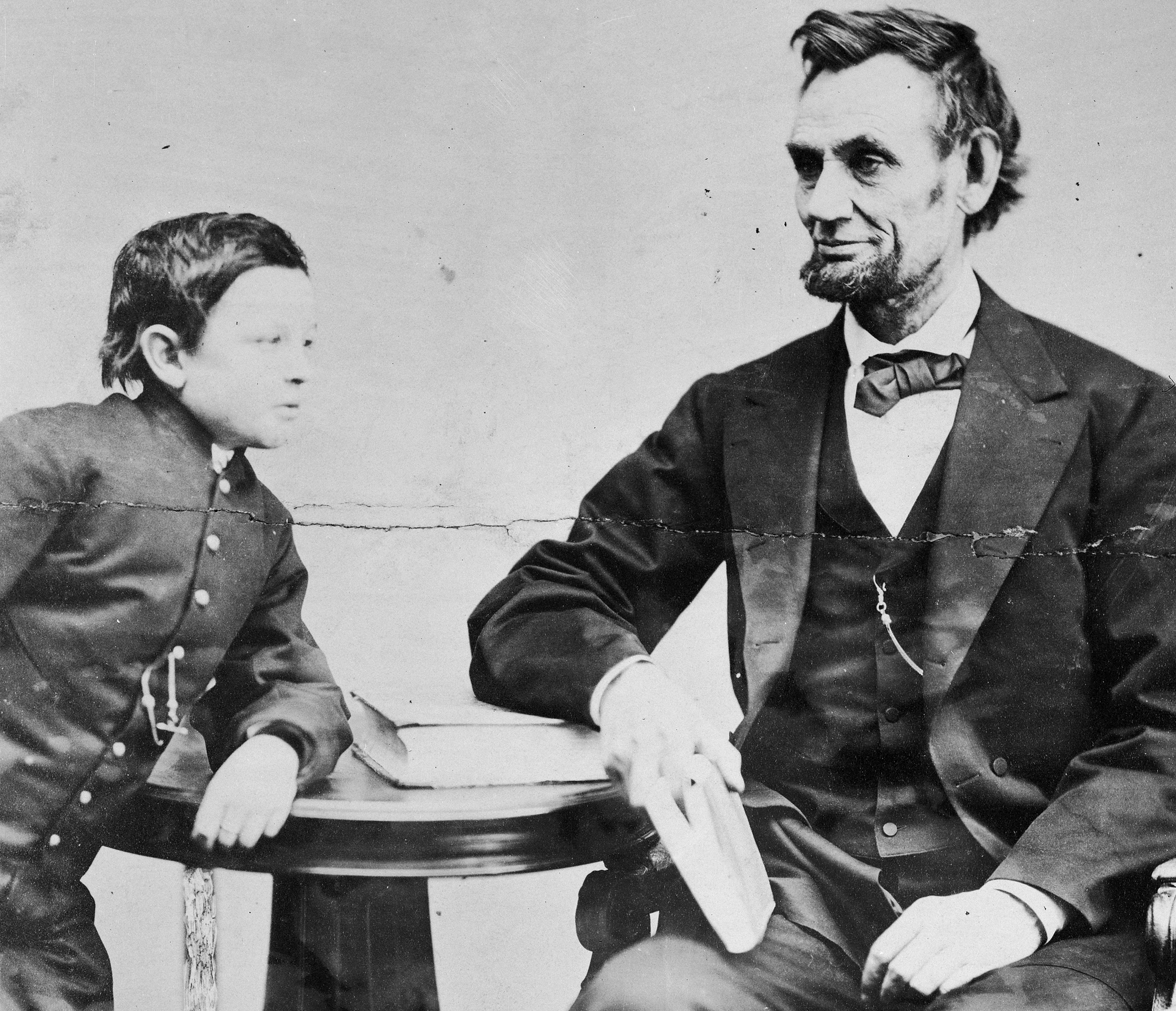 In making a film about Abraham Lincoln and his closest friend, U.S. Marshal Ward Hill Lamon, I learned much about history, politics, and war. What touched me most, however, were the lessons I learned about fatherhood. Even those who criticized Lincoln as a politician -- and there were many -- would agree that he was a great dad.

No one knew President Lincoln better than Lamon, the sidekick and former law partner from Illinois who appointed himself Lincoln's bodyguard after the first assassination attempt in 1861. Lamon had unique access to the President as both public servant and family man. In his book, Recollections of Abraham Lincoln 1847-1865, Lamon describes the First Father:

No sketch of Mr. Lincoln's character can be called complete which does not present him as he appeared at his own fireside, showing his love for his own children, his tenderness toward the little ones generally, and how in important emergencies he was influenced by them.

Here are six parenting lessons I learned from Lincoln through Lamon, and how I apply them in my home:

1. Make time for your kids no matter what. I'm a dad with a busy career and irregular hours. When I find myself struggling to carve out time for my kids, I remember that no one ever worked longer hours or faced more pressure then President Lincoln at the height of the Civil War.

In one instance, a delegation of commissioners from the crucial border state of Kentucky had endeavored without success to gain an audience with the President. In truth, he had been avoiding them so that he would not have to deny their impossible request. After several days of waiting, the commissioners finally gave up, grumbling about the lack of hospitality shown them by "old Abe." Lincoln's youngest son, Tad, caught these words and asked them if they wanted to see "old Abe" now. Lamon writes:

[Tad] rushed into his father's office and said, "Papa, may I introduce some friends to you?" His father, always indulgent and ready to make him happy, kindly said, "Yes, my son, I will see your friends." Tad went to the Kentuckians again, and asked a very dignified looking gentleman of the party what his name was. He was told his name. He then said, "Come, gentlemen," and they followed him. Leading them up to Mr. Lincoln, Tad, with much dignity, said, "Papa, let me introduce to you Judge ____, of Kentucky," and quickly added, "Now, Judge, you introduce the other gentlemen." The introductions were gone through with, and they turned out to be the gentlemen Mr. Lincoln had been avoiding for a week. Mr. Lincoln reached for the boy, took him on his lap, kissed him, and told him it was all right, and that he had introduced his friend like a little gentleman.

I've been fairly athletic all my life, but with each passing year it gets a little harder to get down on the floor, and get back up again without feeling stiff. It's certainly easier to sit on the couch and watch the kids from there than it is to get down in the dirt with them. Getting down in the dirt, however, is the key to connecting with kids on their level. It's also the key to staying young. Many of us are older in relation to our kids than our parents were in relation to us. When my dad was my age, I was already in grad school. My kids are in elementary school. I need to stay youthful for their sake. Lincoln felt the same way. Lamon writes:

To find relief from those cares he would call his boys to some quiet part of the house, throw himself at full length upon the floor, and abandon himself to their fun and frolic as merrily as if he had been of their own age.

3. Take an interest in the things that interest your kids.

This one is tougher than it sounds. It's easy to toss a baseball with my son, but it's a stretch for me to tango with my daughter. I'm not a hot prospect for Dancing With The Stars. She loves it, however, so I take my cue from Mr. Lincoln.

Tad once sought a pardon for a soldier doll named Jack. Tad's older brother Willie had "caught" Jack sleeping on guard duty and sentenced him to be executed. Tad burst into the President's office, thereby interrupting national business, and demanded a pardon for Jack. Lincoln did not immediately issue the document, informing Tad that some sort of hearing would be necessary. While the President's staff waited impatiently, Tad explained that Jack had been sentenced, hung and buried several times, and so mightn't a Presidential pardon save everyone a repetition of all that bother?

Lincoln nodded thoughtfully, and agreed that the double jeopardy clause of the Constitution must be applied to Jack's case. An official pardon was written and signed by the President of the United States.

4. Model the behavior you're trying to teach. Kids fight. Ever conscious of fairness as it applies to them, they rarely notice when their own actions cause trouble for others, and a whole lot of shouting ensues. I can certainly outshout them, but that tends to undermine the lesson. More useful is behaving like a mensch, even when I'm the one suffering from unfairness.

My wife and I are a screenwriting team. We joke that as a mom and pop shop, there is no going home from the office. Our business can be immensely satisfying artistically, but it rarely offers certainty and security, and that sort of pressure can lead to arguments.

The Lincolns faced even greater pressure as the nation's First Couple during the Civil War. Mrs. Lincoln did not possess her husband's gift for equanimity, and her tantrums were famous. Friends, acquaintances and staff often heard far more about the Commander-in-Chief's personal life than he might have wished, but he never shouted back, saying instead, "If you knew how little harm it does me, and how much good it does her, you wouldn't wonder that I am meek."

5. Be firm when firmness is required. Does this really need stating? Don't all parents know it? Actually, no. There are two wrong ways to be firm, and one right. You obviously can't be a tyrant, exercising power over the powerless by shouting and pushing. But neither is it good to be a negotiator with your kids. They smell weakness like wolverines, and they will needle, cajole, whine and insist, as long as there is a tiny chance that those tactics might work. The right way to be firm is to be kind but intractable. In other words, no means no. Lamon writes:

Mr. Lincoln's fondness for his children knew no bounds. It well nigh broke his heart to use his paternal authority in correcting their occasional displays of temper or insubordination; but when occasion required the sacrifice, he showed great firmness in teaching them the strictest obedience.

6. Listen to and learn from all kids.

Kids lack filters. This can lead them to embarrassing utterances at times, but it can also lead to a truth-sense and freshness of perspective unavailable in the adult world. Patience is required to earn a child's confidence. Once you make them comfortable, amazing ideas may flow forth.

Perhaps the most distinctive characteristic associated with Mr. Lincoln is his beard. He grew it shortly before the presidential election in 1860 because an 11-year-old girl named Grace Bedell had written him, saying he would look a "great deal better" if he would let his whiskers grow. She continued, "All the ladies like whiskers and they would tease their husbands to vote for you and then you would be President."

Salvador Litvak wrote and directed Saving Lincoln, the true story of Abraham Lincoln and his closest friend & bodyguard, Ward Hill Lamon. All of the film's sets and locations were created from actual Civil War photographs. Learn more at SavingLincoln.com