On a bright afternoon in March, I climbed a dusty path in the northern highlands of Jordan, passing olive groves, pine forests and grazing goats along the way. I arrived at a tent where Imam Sheikh Zuhare welcomed me warmly and invited me to take a seat with him on a rug on the ground under a giant photograph of Jordan's King Abdullah. 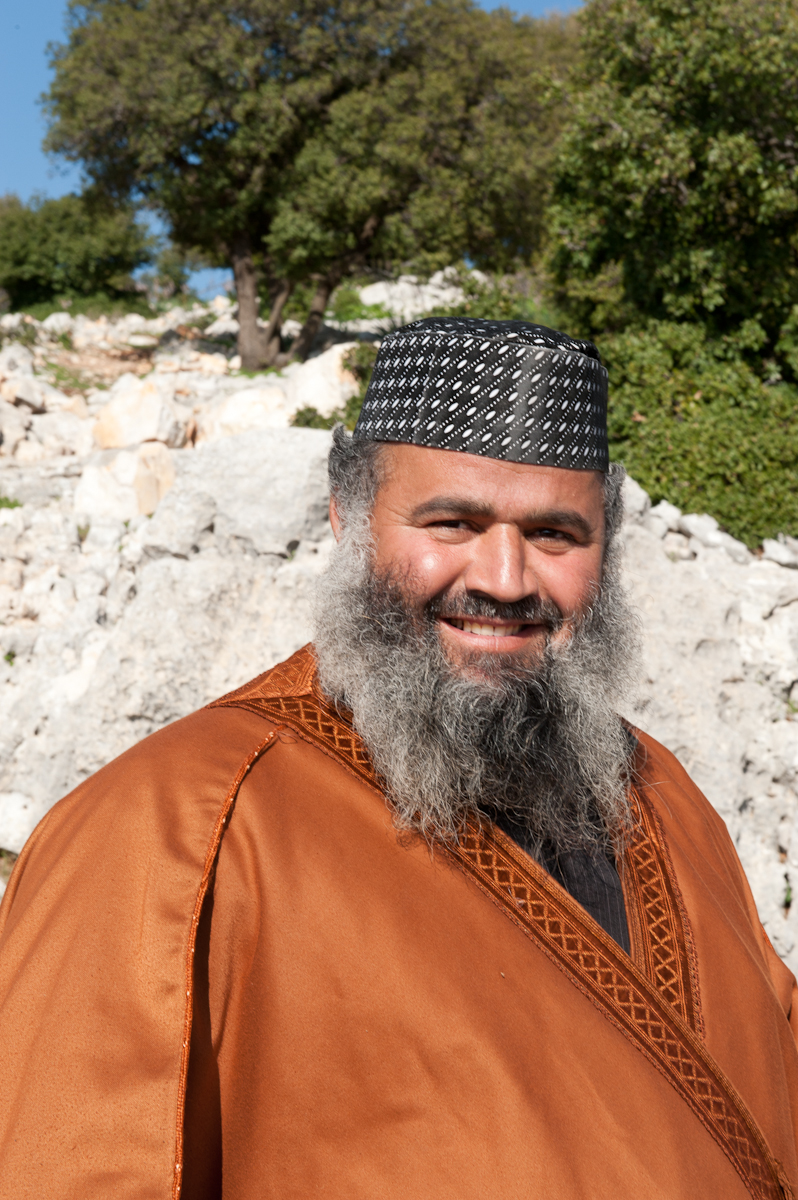 He poured me a glass of sugary mint tea, served me a platter of crusty pita bread, fresh olive oil, zataar, labneh and hummus, and explained how things in this tiny corner of the Muslim world were changing.

Sheikh Zuhare wasn't referring to the groundbreaking protests of the Arab Spring, although that was certainly on the tip of everyone's tongue in Jordan at the time. Rather, he talked about the incremental shifts in how Muslim law was being interpreted in terms of family planning.

It used to be haram -- strictly prohibited -- to engage in any kind of family planning, he explained, noting that one older woman in his village had 24 children. But lately, progressive interpretations of the Quran were allowing the devout to use birth control and plan for smaller families, which was having an extraordinary ripple effect on local poverty, education, health and well being.

I took a sip of my tea and smiled, my heart filled with gratitude to our mutual forefather, Abraham, or Ibrahim, for having convened this enlightening conversation. Well, Abraham "convened" it in a way. I had arrived in Zuhare's village as a traveler along the Abraham Path, a nearly 800 mile route from Harran in southern Turkey to Hebron in the West Bank that was initiated in 2007 to recognize the shared religious and cultural heritage of the 3.5 billion people -- Christians, Muslims and Jews -- who trace their lineages to Abraham.

The Abraham Path Initiative, the Harvard-incubated NGO that catalyzed and oversees this project, states clearly that all of the path may not be the actual route that the patriarch walked in his epic journey to Canaan 4,000 years ago. Much of that is unknown except for a few Biblical nodes within what is now Turkey, Israel and the West Bank. Rather, the Abraham Path -- parts of which thousands of people from around the world have now walked -- symbolically honors his journey, giving both visitors and hosts a chance to interact intimately and recognize their common origins.

Along with several other travelers, including Michael Bloch of the Young Presidents' Organization with whom I work on issues of conflict resolution, I walked the path in Jordan and Palestine, where the villages we stayed at were naturally spaced about a day's walk from each other. To say it was intimate is an understatement. As arranged by the Abraham Path's local partners, I ate with people, slept in their homes, visited their schools, viewed their factories and fields, and talked with them about their beliefs, frustrations, hopes and desires. Compared to a lot of travel in the region where you might get on a bus, get off at a holy site, get back on the bus, and never talk to anybody about what it's like to live there, this was like a personal crash course in the complexity of modern Islam and the geopolitics of the Arab world.

Not your usual vacation fare, for sure. But it was deeply emotional, transformative and humanizing in a way that no amount of reading about people can be. The simple act of walking -- the most ancient means of travel -- inspires vulnerability and openness. And sitting next to a stranger, breaking bread and conversing does wonders to remove the divisions of "us" and "them." Every moment on the Abraham Path brimmed with discovery and deepened understanding.

In one village, for instance, I noticed that the women remained in separate rooms and were not visible to men outside of their families, whereas in the next village the women walked around freely and sat and ate with us. When I asked about this discrepancy, I was gently reminded that there's a vast continuum of how Islam is practiced.

In another village, I visited a girls' school and met a bright-eyed young woman named Wafa who was about 17. In her gauzy hijab, she quizzed me about why an American like me would want to visit her remote little corner of the world, and asked me everything she could about where I came from. I learned that she dreamt of becoming an engineer -- a dream that's perfectly attainable for a modern Jordanian woman, if she can come up with the money to attend college.

And in yet another village, our host, an educator, grilled me about America's political and educational system, and told me proudly that they were in the third day of a nationwide teachers' strike over the right to unionize and earn higher wages. "The government is strong," he told me, "but the people are stronger." These were words he never would have imagined speaking just a few months earlier, before Arab Spring had sparked change across the region.

William Ury, the co-founder of Harvard's Program on Negotiation and one of the visionaries behind the Abraham Path Initiative, talks about how every conflict has a third side composed of everyone outside the conflict, looking in, and that's the side that needs to be supported to achieve peace. What I saw recently in the Middle East -- the bridging of cultures and religions in the name of Abraham/Ibrahim -- was a profound step in that direction. 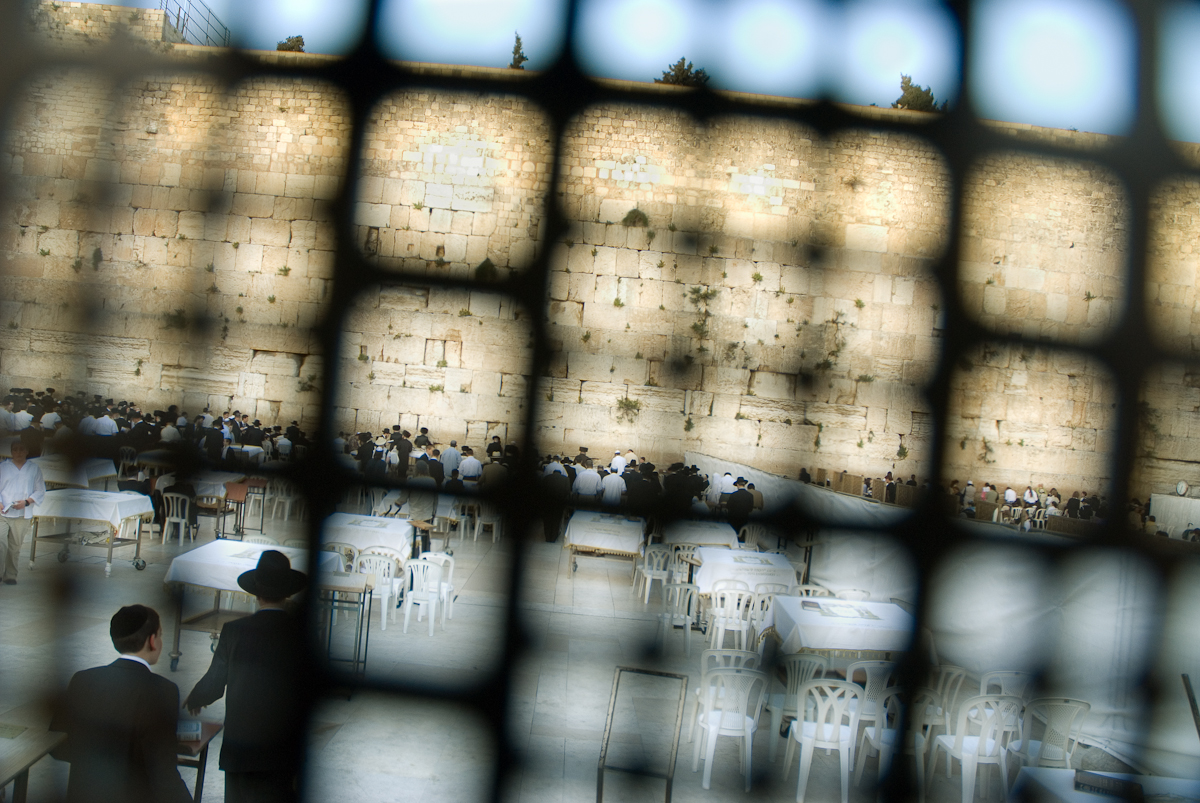 I've spent a lot of time traveling around the world through the Young Presidents' Organization, an international network of more than 18,000 CEOs in over 100 countries, bringing together business leaders in conflict regions for the purpose of fostering mutual understanding and enabling them to work together. In 2003, for instance, I participated in a cross border exchange where 133 CEOs of the top businesses in India visited their counterparts in Pakistan at a time when tensions between the two countries were at a fever pitch. After an intimate three days together, everyone emerged profoundly affected by having felt the other side's humanity, and they vowed to use their personal and professional leverage to try and find solutions to the conflict between their countries.

It's not only business leaders who can benefit from the profoundly humanizing effect of meeting their "enemies." Everyone can. As long as the "other" is demonized and preconceived ideas about them dominate a situation, it's almost impossible to reach a resolution. Once you remove the sense of the "other," you're 90 percent of the way toward resolving conflict. Of course, there will always be more work to do. But understanding each other through ventures like the Abraham Path is the critical first step.