In December 2009, Herald de Paris published a curious article about the likely discovery of a submerged city in the Western Caribbean. While the discovery could have tremendous implications for modern archaeology, the story remained, forgive the pun, largely under the radar.

Today, we sit down with architectural historian and archaeologist Jes Alexander, who spearheaded the research team, to get the first-hand details of what could be a piece of real-life Atlantis. 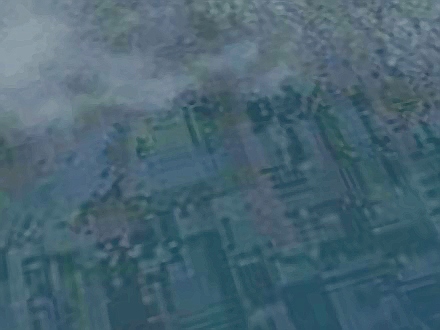 Maria Popova: What is it, exactly, that your team discovered and how?

Jes Alexander: Well, we believe we have found the remains of an ancient city on the sea floor in the Western Caribbean. It is important to note that we have yet to be to the site, but what we believe we have found is the remains of an ancient city that was formerly above sea level, and perhaps as much as 4500-8000 years old. This has nothing to do with another site, found almost 10 years ago by a Canadian/Russian team working to map the sea floor near the Yucatan Peninsula. Their site is nearly 2 miles below the sea floor. The site we are working with is much shallower - in between 40 and 70 feet of water. We initially found anomalous objects by mapping a grid and searching the sea floor using simple Google Earth technology. As we zeroed in on the site location, we sought out other satellite imagery and ocean floor maps to arrive at this hypothesis. 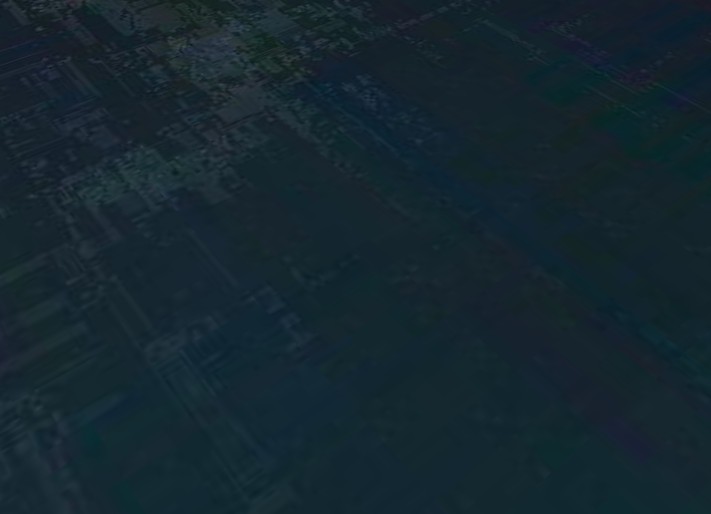 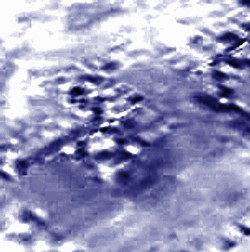 In the initial images from Google Earth, the digital interpretation of the site made it look like a perfectly grid-like city, with tall buildings and wide avenues. We knew that there was no way it could be that pristine, but it was eye-popping when we first found it. As we have focused in on a more realistic impression of the site, it is clearly in ruins, as anything might be after that long. So, how do we know it was a habitation site? I was, for many years, an architectural historian, involved extensively with historical archaeology. I know what architectural ruins look like, in fact, I am specifically trained for that. What we're seeing on film now are images of foundation ruins, rubble sections of building walls, and ruins of large public edifices. Some of what remains standing clearly show evidence of intelligent structure - post and lintel construction, parallel wall sections, and right angles - things that could not be explained as having been natural in origin.

We've been sharing all this data with some of the biggest names in marine archaeology. Many are intrigued. 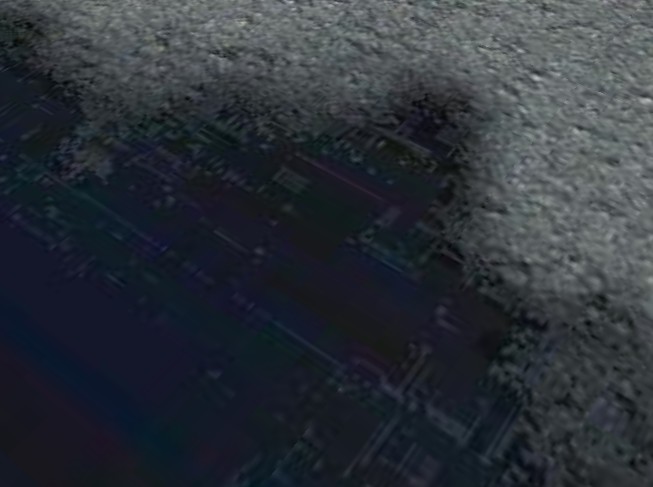 The location of this site was once above the ocean's surface. If you look at the topography of the Caribbean sea floor, it is fairly evident that much of the Caribbean island chain was once part of a contiguous land mass. This site generally sits on what would have been a coastal plane.

Some of what we've discovered looks similar to early Mayan architecture, so we are leaning towards that as a hypothesis as it is largely unknown where the Maya civilization came from. It is our hope that we might be able to fill in this missing part of the historical record with our research.

MP: Is it true that the exploration was inspired by a reported sighting from a plane window by Earnest Hemingway's brother? What's the full story there?


JA: That's true. In 1954, Ernest Hemingway's brother, Leicester, was on his way from the US to Havana, to meet with his brother, the renown author and war correspondent. At one point, Leicester Hemingway was looking out the airplane window, and claims to have seen, "A city of glistening marble," below the sea. He then spent the next 40 years of his life trying to find it, again. He never did, but for the latter part of his life, Leicester Hemingway was obsessed with the story of Atlantis.

MP: If the city is indeed there, what could possibly explain how it ended up underwater?

JA: In that part of the Caribbean, there could be several explanations. The most likely is very organic. During the end of the last Ice Age, it is known that as the polar ice caps melted, the ocean rose about 166 feet for every hundred years. If this city sat on the coastal plane, it is more likely that the sea lel rose to engulf the city than that the city sank to the sea floor. However, given the convergence of tectonic plates in the region, earthquakes can't be discounted. Lastly, there is believed to have been a massive meteor in the Atlantic about 11,000 years ago. The resulting tsunami could have contributed to the demise of the city.

MP: Is the site at all affected by the recent oil spill?

JA: That's an excellent question, one I have been asking lately, as well. Given the location of the subject site and its depth, albeit shallow, at this point I do not think so, or should I say, "Not yet."

MP: What are your next steps? Essentially, what would it take to find conclusive evidence as to whether or not this is indeed a submerged Mayan city? 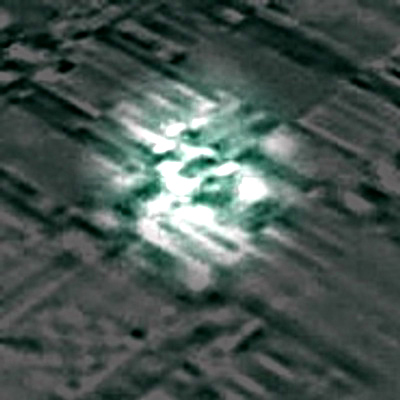 JA: Well, evidence keeps pouring in. I have heard from individuals who claim they have seen this site from the air, as well. One man emailed me to say he, too, saw it in the 1950s, and so did the rest of the passengers on his flight. He thanked me for proving that what he saw as a young man was actually real. So, too, I have heard from researchers from Mexico, Cuba, and other locations, who all hold separate pieces of what may be the same puzzle. They believe their research also points to a once great city now lost to the sea. We'll be following up with all of them to set the historical record straight.

The similarity of the architecture alone can not identify this as the Maya. But if it is, we should find evidence of stone-carved writing, art and other cultural similarities to support this hypothesis. The earliest known Mayan sites are high in the hills, and nobody knows where the civilization came from to settle there. Now, if their cities were being swallowed by the rising sea level, it stands to reason that any civilization might reasonably be expected to relocate to higher ground on the mainland. I am keeping an open mind, but that's what I think happened here.

At the moment, we're working to assemble and fund a very small reconnaissance team of experienced divers, underwater cameramen, and researchers to go down and prove what we are certain is there. Thereafter, we'd like to raise the capital to undertake a larger-scale mapping of the site, exploration, and ultimately to bring any artifacts up to the surface. One thing we are trying to be very careful not to come across as is artifact robbers. The site sits within the territorial waters of another country. Whatever is down there belongs to the government and the people of that country, and we hope to make sure that anything of cultural or historical importance remains in that country. We've found it - that alone does not make it ours.

Maria Popova is the editor of Brain Pickings, a curated inventory of miscellaneous interestingness. She writes for Wired UK, GOOD Magazine and BigThink, and spends a shameful amount of time on Twitter.